Lights could go some way to alleviating traffic dangers - councillor 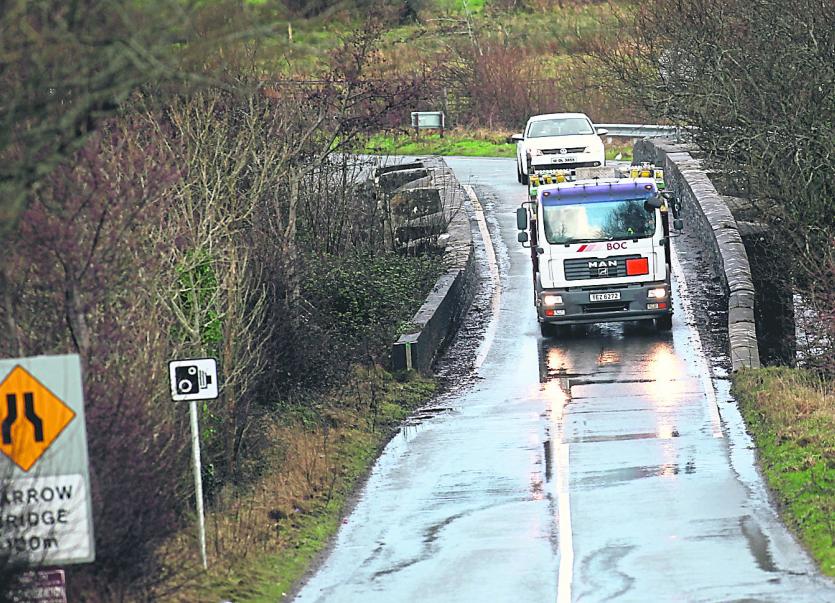 Lennox Bridge, which marks the Donegal/Leitrim border on the Bundoran to Kinlough road.

A Donegal county councillor has called for traffic lights to be installed at Lennox Bridge between Bundoran and Kinlough.
The bridge over the Drowes river, which was built in 1700, has been described by the National Inventory of Architectural Heritage as one of the more important structures of its type in the north-west part of Ireland and as “a valuable addition to both the built heritage and extensive transport heritage of County Donegal”.
Cllr Barry O’Neill called for lights to be installed saying that local people in both Donegal and Leitrim would favour the installation of lights at the bridge.
Tabling a motion at the January meeting of the Donegal Municipal District, Cllr. O'Neill said the issue of the bridge has been raised a number of times. He said the traffic lights at Castlefinn bridge, a similar structure, work very well.
“This is something that should be explored at the very least. This would be a better option than what is there and it could work as well between Kinlough and Leitrim.”
The Fine Gael councillor said there has been a number of accidents close to the bridge over the years and traffic lights could help minimise the risk of collisions.
In a written response Donegal County Council said it will liaise with Leitrim County Council regarding the request to install traffic lights on the bridge.