Dungloe singer is chasing his dream 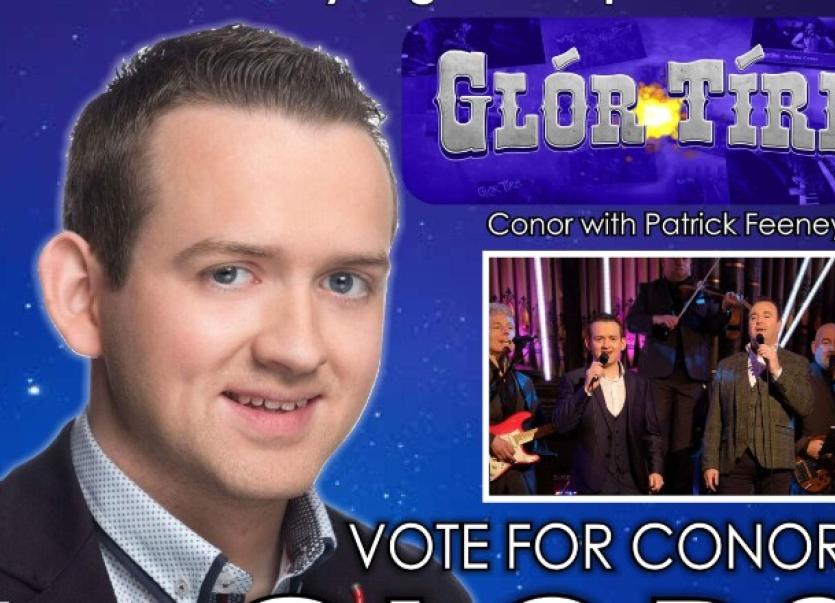 A young Dungloe country singer is chasing his dream on this year's Glór Tíre contest on TG4.
Conor O’Donnell made his second appearance on the popular music show on Tuesday night.
The 23 year old apprentice plumber sang solo and also dueted along with his mentor for the series, singer Patrick Feeney.
“Patrick has been brilliant for me and has been a great mentor so far,” said Conor.
“He is a very good friend of mine and actually he selected me after I applied to be in the competition.
“They have changed the way it works this year. Up to this year, the contestants were selected for the series. But this year you had to apply. The way it worked for me was I had told Patrick some time back that I would love to enter the contest.
“So when Patrick was selected as a mentor/coach he rang me and told me to make my application. I did and he selected me.”
Patrick Feeney, isn’t Conor’s only advisor. He has also received some advice from fellow Rosses man and Ireland’s number one singing sensation Daniel O’Donnell.
“Daniel has been on to me a number of times,” Conor added.
“He phoned me the day I was recording the programme in Galway.
“He was also on to me the week before and it is brilliant to have his support. I didn’t know about it but he reckons we are far out cousins.
“Daniel’s advice was very simple. He just told me to relax enjoy the experience and to be myself. It was good advice and I’m really grateful that he took time out to phone me.”
Conor who plays the keyboards and gigs on his on own in the pubs around Donegal has also played gigs in Armagh, Monaghan and Mayo.
Tuesday night’s show was his turn to take centre stage on his own and his renditions of George Jones' Choices and the Statler Brothers' Bed of Roses all went down well with the judges.
He also sang Glen Campbell’s Try a Little Kindness with Patrick Feeney.
That show was recorded back in November, at the Quay Bar, Quay Street, Galway City.
Tuesday night was Conor’s second outing on the show. He also appeared on the very first show of the year along with the five other contestants who are competing for Ireland’s best young country singer of 2018.
And Conor and Patrick will be heading back to the Quay Bar at the beginning of March for a live show and the knock out stage of the competition.
“One of the six of us will go the next night with two more going over the following two nights until there are just three left standing on the final night,” Conor said.
While the judges will give their opinions it will be the viewing audience who will decide by telephone vote who goes and who stays and the ultimate winner.
The voting is currently open and you can vote for Conor by texting 53307 (ROI) and 60999 (NI0) or by telephoning 1513415102(ROI) or 0900656602 (NI).