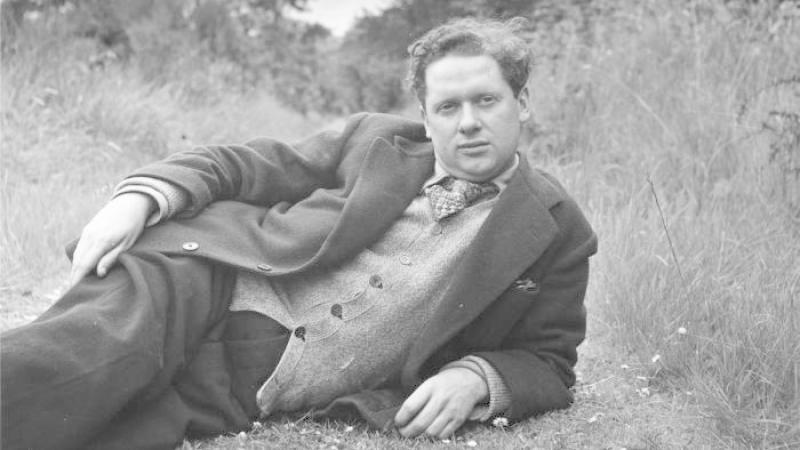 Those who are lucky enough to take part in the Ardara Walking Festival this year will see the remains of the home that the great Welsh poet Dylan Thomas lived in for a time.
John Gallagher has organised the Ardara Walking Festival for 15 years. The walking festival takes place on March 17 and 18th this year.
He said that one of the nicest routes that enthusiasts can take part in is the Port to Maghera walk where people can see the ruins of the home that the famous Welsh poet lived in.
The walk encompasses one of the most breathtaking coasts in Ireland and is estimated to take up to 7 hours.
“You will pass through Glenlough where Dylan Thomas lived in. That’s situated in the middle of the mountains. You can see the ruins of the house. There is no road into it and you can only get there on foot. It is lovely, I’ve camped around the area myself.

Welsh Poet spent his days in solitude
In 1935, the famous Welsh artist broke out in a rash and it was recommended that he come to Ireland and better his lifestyle. The poet and his friend decided to come and stay in Glenlough, a stunning and remote part of southwest Donegal.
During the day the pair would take long walks and fish amongst the many lakes that surrounded them. On occasion, the pair would visit Meenaghneary and buy drink. When Thomas’s traveling companion decided to return to England, the poet persuaded him to let him stay on.
Dylan spent his days watching the seals and the bird life. He built a bridge over one of the small meandering rivers and grew a beard. He enjoyed the solitude for a while but it is certain that he became lonely as he began to take longer and longer during his trips to Meenaghneary.
It is reported that the poet became restless and on one occasion over indulged on local poitín and had to revitalised by neighbours. He later returned home.

Walks very popular and in demand
John Gallagher said there has been a lot of interest, to date, in all four walks especially since Noel Cunningham spoke about all they have to offer on TV3.
He said due to the wet winter the number of people who can partake in the walks will be limited: “There has been a lot of interest and a lot have booked into the hotel. We do try to limit numbers.”
Harbouring a great love for climbing, John has taken part in many courses throughout the country in order to enhance his navigational skills.
“It’s unusual for a mountain farmer to be involved in hill walking. I was born and bred on a hill. I have learnt how to navigate and I prefer to depend on maps and a compass than on GPS or technical equipment.
“I view the hills completely differently now. I’ve been doing courses for around ten years ,” he said.
A native of Glengesh, John farms sheep and many of them climb the steep and rolling hills around the area. They can climb to 500 metres at times.
“Hill walking is great for your mental health. It definitely clears your head,” he said.

Dan Ward’s haystack
John adds that the famous American artist, Rockwell Kent, also lived in the ruins nestled in Glenlough.
One of Kent's most famous works, 'Dan Ward's haystack' was painted in Glen Lough.
In 1926, Rockwell Kent (1882 - 1971) spent a year living in the small farmhouse. The building belonged to Dan and Rose Ward.
He produced some of his finest work during his brief tenure, including Irish Coast, Shipwreck, Coast of Ireland and Dan Ward's Stack.
His most famous painting being of Annie McGinley, a local woman sunbathing near An Port.

‘No such thing as bad weather - just bad gear’

John urged all those who will partake in the walks to come prepared.
“There is no such thing as bad weather just bad gear,” he said.
He said that it is of vital importance that people come prepared for the Donegal weather.
He said people should pack some food to eat whilst on the 7 hour walk.
On Saturday, March 17th, you can also partake in the walk from Port to Glenhead. On the following day, you can walk from the beach in Maghera to Trigg Point or alternatively from Leac Cumhaill to the head of Granny Glen.
For further information and to book a place, call John on 087 665 5828 or email ardarahillwalkingguides.com or visit www.ardara.ie