Kay McNulty: Proof that science is for girls 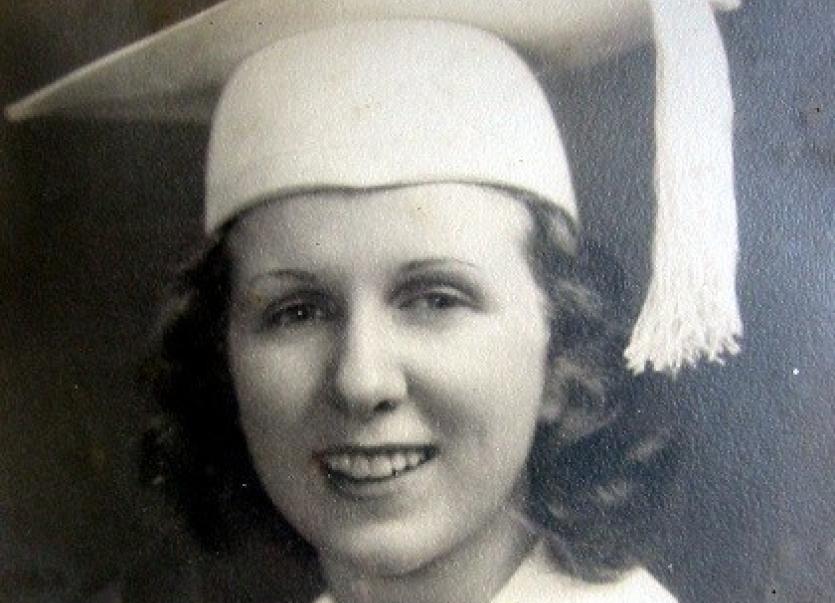 The International Day of Women and Girls in Science is on February 11th. The day was established by the UN General Assembly in 2015, with the aim of achieving gender equality in Science, Technology, Engineering and Mathematics (STEM).

This event brings to my mind the pioneering computer programmer, Kathleen ‘Kay’ McNulty. She was born in Creeslough on 12th February, 1921, and emigrated to Philadelphia with her family at three years of age.
Ireland was then the only country in the world where more women than men emigrated, and early in life Kathleen felt the opportunities that emigration offered to Irish women.
In Ireland’s national schools, girls were generally taught only basic arithmetic and domestic skills because boys’ education was considered more important. In 1921, the year of Kay’s birth, only half of Irish children under 14 attended primary school, and secondary education was limited to a minority, generally middle-class boys.
But in Philadelphia, Kay attended High School, something that most girls her age in Donegal could only dream of. She excelled in her studies, and won a college scholarship.
She graduated from college in Spring 1942 with outstanding grades in maths. The timing was perfect – the US Army urgently needed mathematicians for the war effort.
Kay was hired as a “computer” at the University of Pennsylvania, calculating missile trajectories. She excelled at the slow, painstaking work and in 1945 she and five other women were selected to work at Aberdeen military base in Maryland, developing the processor for a 30-ton machine called the Electronic Numerical Integrator and Computer (ENIAC).

ENIAC was the world’s first electronic general-purpose computer and a huge step forward in technology, but when it was demonstrated to the public on 15th February, 1946, the women “computers” were ignored. They were seen as “refrigerator ladies” – they were to simply stand beside the machine, looking good.
As was standard at the time, Kay left her job when she married John Mauchly, inventor of the ENIAC, in February 1948. He later developed the first commercially available computer, which she programmed from home while raising seven children.
It was only in the 1990s that the role of women “computers” in the early days of programming came to be acknowledged. As Kay wrote in her autobiography: “All the years I gave talks about the ENIAC, I always talked about it as John’s story, not my story.”
In 1997, the six ENIAC women were inducted into the Women in Technology International Hall of Fame. In 1999, a computer science prize in Kay’s honour was established at Letterkenny IT.
Kay’s remarkable story raises opportunities for reflection on women in STEM today, and there is a long way to go.
The 2016 Report on STEM Education states that the ratio of male to female students at Leaving Cert level is 3:1 for physics and 2:3 for biology, and that fewer than 25% of Irish workers using STEM-related skills are women. This speaks to wider cultural forces and negative stereotypes that tell our girls and young women that science is “not for them”.
The website of the Women in Technology International Hall of Fame (www.witi.com) showcases the inspirational work of real-life role models, women from across the world working to improve all of our lives.