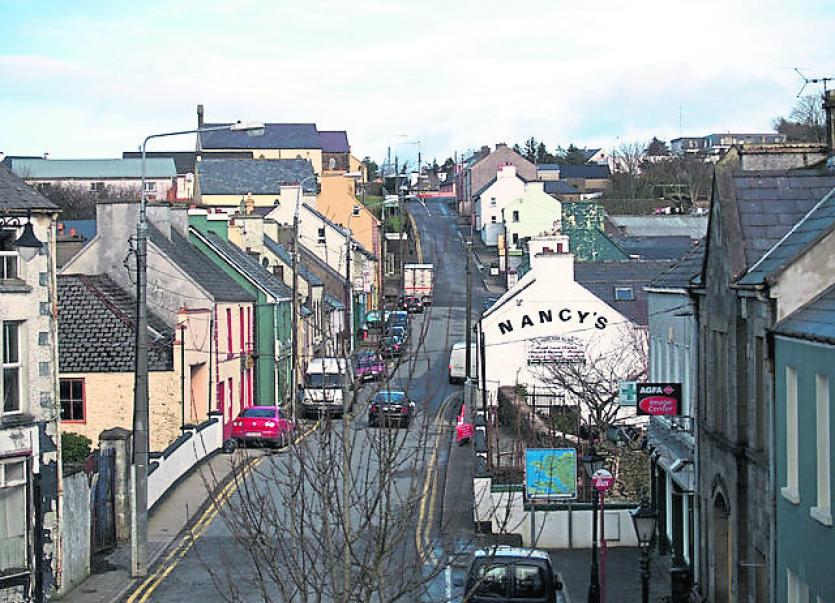 The South of the Border Festival is taking place in Ardara this weekend from Friday 16th to Sunday 18th.
The festival celebrates the music of the great songwriter Jimmy Kennedy.
Jimmy Kennedy’s mother Anna Baskin was an Ardara woman.
Born and bred in the town, she married the local constable Joseph Kennedy in the Church of Ireland in 1901. Subsequently, her husband was transferred to Omagh, where Jimmy Kennedy was born in 1902.

Famous composer
Jimmy was a world-famous composer of music and one of the most successful songwriters of all time.
He had more hits in the USA than anyone until Lennon and McCartney. His hits included ‘South of the Border‘, ‘Red Sail in the Sunset‘, ‘Isle of Capri‘, ‘The Prayer‘ and ‘The Hokey Pokey’.

Storytelling
There are planned events in the Nesbitt Arms Hotel, Corner House and The Beehive with events in other venues too.
There is a night of Storytelling and Recitations in Ardara from 10pm on Friday night when the town will come alive with stories of fun from long ago.
Ireland’s top storytellers like Declan Forde, Liz Weir, Frank Galligan, Noel Slevin and local man Charlie Boyle will be on hand to present a night of great entertainment.
Both Declan Forde and Liz Weir are former winners of the Bard of Armagh Storytelling Competition and it is a great opportunity for people of the region to see and hear the best in storytelling.
Historically, Ardara has been famous for characters who could deliver great stories and sadly one of the last characters passed away in the last week with the death of Thady Big Teague Gallagher.
Storytelling and Recitations are part of the heritage of Ardara and it is hoped that the great effort put into this weekend gets the support it deserves.

Song contest
As part of the South of the Border Festival, there will be an inaugural song contest with the first prize of €1,000 and a second Prize of €200
The organisers have been overwhelmed by the huge amount, and in particular, the quality of the entries for the song contest.
The job of selecting the finalists was a very difficult task for the judges but now the decision has been made and six outstanding compositions are through to the final.
It is hoped a large crowd will attend the finals in the Nesbitt Arms Hotel at 3pm on Sunday as these very talented composers allow their entries be performed for the inaugural Jimmy Kennedy Song Contest with its great prizes and the Jimmy Kennedy inaugural Scroll for the winner.

Packie Manus Byrne
Also at the festival will be an event to remember the great Packie Manus Byrne, the great poet, storyteller and general character.
He would be celebrating his 101st birthday on the 18th but sadly he passed away a couple of years ago and the community in Ardara wants to keep his memory alive.
The event will see all the visiting storytellers and friends of Packie Manus gather to remember him on the date of his birthday. Packie passed away in the past two years but has left a wealth of songs, stories, and recitations.
Packie Manus had so many friends and indeed Liz Weir, who is attending this weekend’s festival, was very influenced by Packie and is glad to be here for this event.
The Packie Manus Byrne Show in the Beehive is at 10pm on Saturday.
The planned programme of events includes a storytelling session in the Corner House at 10pm on Friday where you can join the best storytellers around for an evening of fun and craic.
There is a storytelling session in the Nesbitt Arms Hotel at 10.45 pm and a storytelling session in the Beehive on Friday at 11.30pm.
On Saturday there is a storytelling workshop in the Nesbitt Arms Hotel at 3pm with Liz Weir and Declan Forde.
This is a free event for all, particularly school goers where you can hear the top storytellers in the country perform and anyone can participate.