Announcement sees millions being earmarked for the North West

'This is a great day for Donegal' McHugh 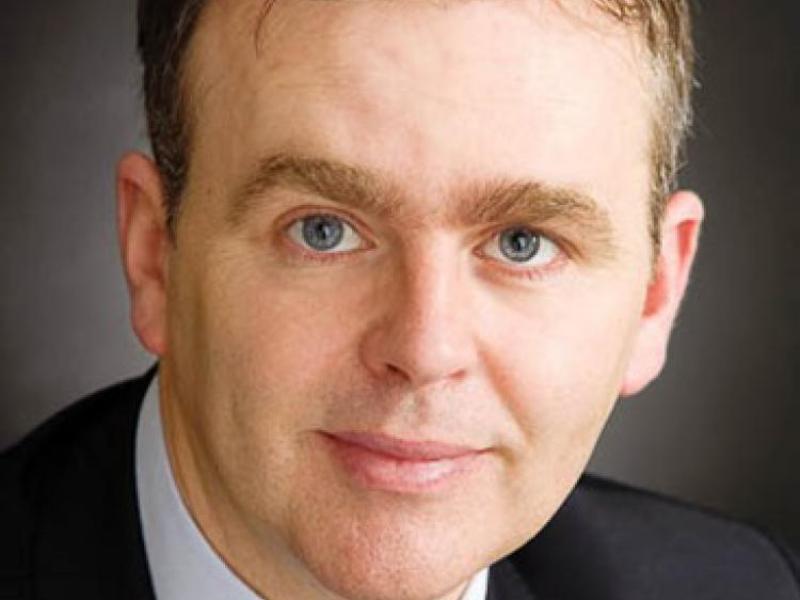 Donegal and the North West has been put at the heart of National public policy for the first time today with hundreds of millions of euro earmarked for spending here, Government Chief Whip and Fine Gael TD for Donegal Joe McHugh said today.

Speaking in Sligo today where he is attending a special Cabinet meeting to publish Project Ireland 2040, Minister McHugh also hailed the vision of a Letterkenny city status region along with Derry and Strabane as a cross border city region, designed to drive further investment and create even more jobs in the area.

“Almost a century since partition, since Donegal was cut off from Northern Ireland and cut off geographically from the rest of the Republic, this Government is putting my home county back on the map. Today is a recognition of how far we have come in past twenty years with respect to the peace process. There is now a formal recognition in National policy for cross border cooperation. We will see the emergence of a city region between Letterkenny, Strabane and Derry,” said Minister McHugh.

This announcement today will see the funding of the first phase of £150 million sterling jointly approved by British and Irish Governments on the A5 route connecting Dublin to Derry.

On top of that a further €30M has been earmarked for a new bridge for the A5 link connecting the A5 to the N14 – and €200M for a brand new N14 route from there to Letterkenny, bypassing Lifford.

“A further €60M has been set aside for the Bonagee Link in Letterkenny which was a key issue for me and important for the continued growth of Donegal. These infrastructure plans will allow dual carriageway and/or four lane carriageway travel from Donegal to Dublin, either from Letterkenny or Inishowen.

“I am delighted to see specific reference to Greencastle in the plan along as well as multi-million euro spends on the State owned harbour in Killybegs – to help both the tourism and fishing industries at the ports.

The Minister also announced a wide range of capital investments including:

* New radiological Services under construction in Letterkenny University Hospital ; €11.7M rebuild, completion due first quarter 2019, as we continue building on the extensive work that has been carried out at LUH since the floods in 2013/2014.

*Acceleration of the National Broadband strategy

* Investment in the Irish language both within the Gaeltacht and outside traditional Gaeltacht areas - €178 million Capital Investment over 10 years – a 71% increase.

Minister McHugh said: “The National Development Plan sets out how the Government, using taxpayers money, will invest €116 billion over the next ten years and I am delighted that Donegal and the North West is at the heart of those plans.

“This will allow our county to finally play its part on the national stage. This is a fantastic day for Donegal. We have so much going for us in this county and I know that working together with all stakeholders my county is now on a trajectory to an even better place to live and work in the years ahead.”

The Donegal TD went on: “There will be a massive investment in schools includes a nationwide school building programme as well as increased support for Physical Education facilities in Post Primary schools.

“The entire thrust of the plan is about regional and rural regeneration with a €1Billion Rural Development Fund. An extra 2600 acute hospital beds will be made available nationally, and I will be working with my cabinet colleague Minister Harris to ensure LUH gets its fair share.

“There will be extra funding too for Donegal airport at Carrickfin as well as Ireland West Airport at Knock.

“On a cross-border basis we will also develop north south research and innovation capability with €53 million being spent over four years and a further Interreg fund of €18 million over the same period.”

Minister McHugh thanked all those groups in the North West who made submissions after the first draft of the plan was published last year, in particular Donegal County Council, Letterkenny Chamber, and the Donegal Dublin Business Network.

“This Government is delivering for Donegal. Our Taoiseach Leo Varadkar knows this county better than any leader before him and he knows exactly what this sort of investment will do for us. As a Minister in previous roles, it was he who kept Malin Head coastguard station open, invested in cancer care and cardiology services at Altnagelvin and kept the A5 Project on track. It was he who sanctioned the Wild Atlantic Way initiative which has proven so lucrative for our rural communities. And it is Leo Varadkar who is listening to my voice in Cabinet, my voice for Donegal.

“This is a great day for Donegal and its people. I look forward to seeing my Dáil constituency colleagues supporting this plan.”