IT OCCURS TO ME: Is it the end of the peann luaidh? 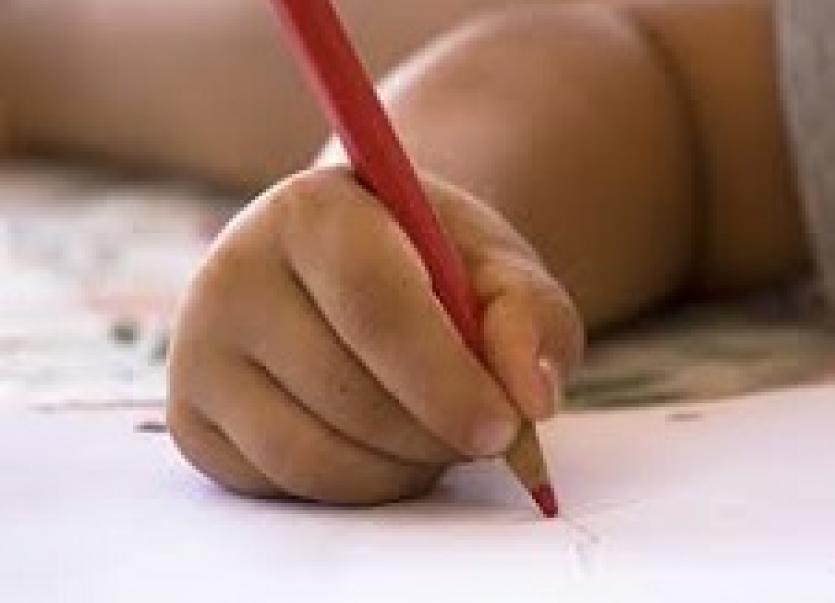 Some time ago in this column, under the heading, The Next Mute Generation, I told of how a worried and experienced teacher in the North expressed genuine concern to me about the number of P1 pupils who are being referred to a speech therapist.
Reason?... far too many young parents are devoting ‘rearing’ time to social media and literally not speaking to their children!
I said at the time, that I wasn’t surprised...if current trends continue, we will witness our first mute generation within decades.
Now it appears that because of overuse of iPads and tablets, children are finding it very difficult to write, as they no longer have the agility and hand strength to write properly when they start school. “Children are not coming into school with the hand strength and dexterity they had ten years ago,” said Sally Payne, the head paediatric occupational therapist at the Heart of England foundation NHS Trust.
“Children coming into school are being given a pencil but are increasingly not able to hold it because they don’t have the fundamental movement skills.
“To be able to grip a pencil and move it, you need strong control of the fine muscles in your fingers. Children need lots of opportunity to develop those skills.”

Unbelievable! The present incumbent in The White House (I find it hard to call him President!) thinks a solution to the continuing slaughter of schoolchildren in the US is to arm the teachers.
An armed Deputy Sheriff was too terrified to engage the perpetrator at the Florida school and has had to resign...if a cop can't cope, how would a teacher manage?
Another thought...I'm sure many of you who have bad memories of certain teachers wielding sally rods or leather belts in the bad old days are damn glad they weren't armed. There wouldn't be too many of us about!

THE KILCAR COMMUNITY SINGERS
Firstly, apologies for an omission last week. The concert of Jimmy Kennedy songs in the Nesbitt Arms was opened by the wonderful Kilcar Community Singers singing ‘South of the Border” and “Red Sails in the Sunset”. I had written something heartfelt about their performance but as is occasionally the case with the best laid plan o’ mice and men, it went into the ether somewhere.
Ably assisted by conductor Collette McDevitt, they received a deserved ovation, just as they did at the Kiltimagh Choral Festival a few years ago when they won the ‘Make Me Smile’ Competition. They certainly had them smiling in Ardara.

Enjoyed my old mucker, Pat McArt’s, piece on the Sligo launch of the National Planning Framework Draft. Pat’s assessment on the reality of what Donegal will get…’Bugger All!’ says he, and then he repeated it.
Well, I'm sure we’ll see, as a Cavan cousin once said, even if we can’t afford glasses!
I have to say I’m very wary of the amount of Spin that’s infecting us. No amount of it can ever hide debacle after debacle.
Remember 2002 and the then Government selling the infamous €54m e-voting machines for scrap at €9.30 each. I kid you not! A rake of trucks from KMK Metals Recycling in Tullamore took away 7500 machines from some 14 locations where they were stripped down and shredded. And as for Irish Water? Nuff said.
However, the current award for a possible Liathroid Mhor of The Year Award may yet go to Luas. I see where Fianna Fáil’s spokesman on Dublin, John Lahart, said Transport Minister Lord Ross had become the “minister for standstill” since the green line’s cross-city extension began operating.
He said the longer trams had caused traffic chaos on the Liffey quays and across the city that “reflects on a number of Ministers and their departments”.
Lord Ross was having none of it! He said the Luas had become “a temporary victim of its own success’’.
Lahart was having none it either saying the present Luas controversy was like being stranded on a desert island, with the Government sending a supertanker to the rescue when what were needed were speedboats.
Also, Dublin Bus journey times had increased by some 110 per cent, he added. This farce began not too long ago when Luas ticket machines at stations across both tram lines were unable to accept card payments, causing poor commuters hoping to buy tickets or top up their Leap cards early morning chaos.

Tweet
The Luas Twitter account posted a tweet around 7.30am warning the public that its credit card system was down “line-wide”. The malfunction was blamed on a bug in the system. Yeah, dem ould bugs!
Then within 48 hours, the new longer carriages caused chaos in the city centre when a tram was forced to stop at O'Connell Bridge. A 55-metre green line "mega tram" caused a jam when it had to stop on the 45-metre long bridge - leaving its back end sticking out into a yellow box junction on the south quays.
While the tram moved on quickly, the domino effect of it stopping caused traffic delays in town that took much longer to clear.
Then, the Passenger Information Displays were out on Stops along both lines, leading to a storm of protests on Twitter, including one guy who had had it!
He wrote: “I'm going to stop paying for my Luas fare, if they continue to allow passengers stuff themselves into carriages.”
“The whole thing is a shambles and it's a serious safety issue.. I've just got off a Luas that was so packed, two children were visibly upset.”
In his usual sardonic manner, the Sindo’s Declan Lynch summed up the helplessness and ‘rabbit caught in the headlights’ nature of the whole han’lin’. ".... we find it hard to believe this stuff about the new Luas being longer than O'Connell Bridge, and the fact that a system designed to improve the flow of traffic immediately makes it very much worse.
It's just not a serious proposition, it defeats us in some fundamental way when we read that the problems with the new cross-city line can be largely blamed on "the behaviour of other road users, including pedestrians" - indeed if it wasn't for "other road users", everything would be fine. We are not able to imagine a scenario in which nobody envisaged that in a capital city, you'd have these "other road users" - “
So, there you have it. If other road users had a wee bit of manners and stayed the hell at home, the Luas could jam all it wants and Lord Ross could get moving from the permanent standstill which seems to have him talking in Parliamentary riddles. Where is Flann O’Brien when you want him?

THE BROTHER
It’s forty years ago in Dublin since since I saw Eamon Morrissey’s hilarious ‘The Brother’ based on the aforementioned Flann O’Brien’s brilliant alter ego, Myles Na Gopaleen, in the Irish Times. Here’s an example, relevant to the debacles above:
“Half the crowd above in the digs are off to Arklow for a week Tursda. On their holliers, you know.
I see. Is your relative travelling also?
The brother? Not at all man. Yerrah, not at all. Shure the brother can’t leave town.
Is that a fact? Why not?
The brother has to stop in town for the duration of the emergency.
The Government do be callin the brother in for consultations.
Of course that’s between you, me and Jack Mum. The brother gave a promise to a certain party not to leave town during the emergency. He has to stand by. Because if something happened that could only be fixed up by the brother, how could your men be chasin after him on the telephone down to Strand Street, Skerries, where he goes every year to the married sister’s?
Admittedly it would be awkward.
Sure, you couldn’t have that, man. You can’t run a country that way.” 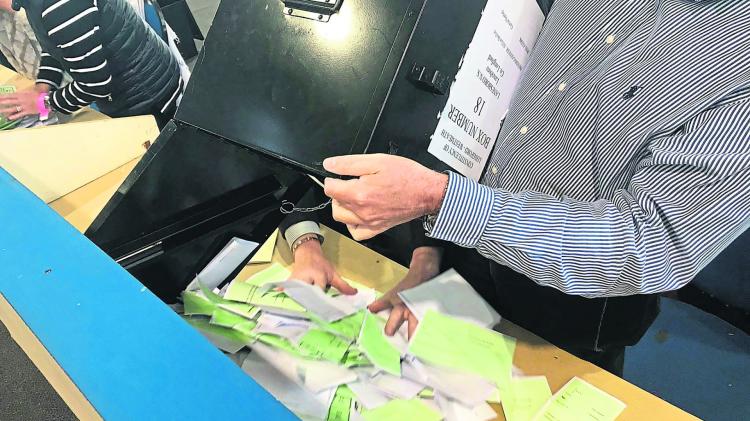 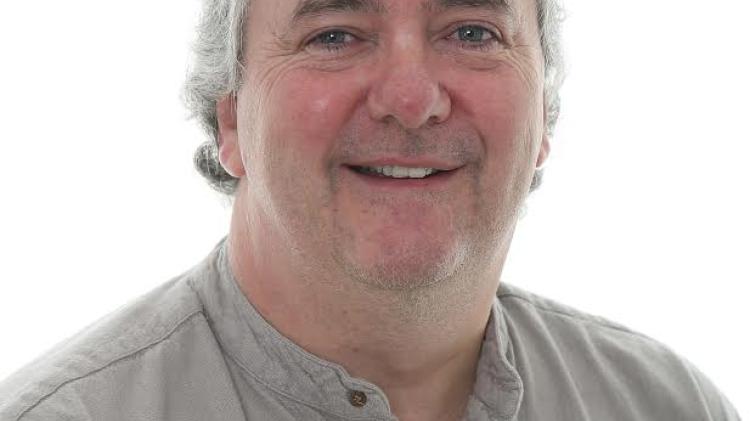