Call made for safer pedestrian crossing at dangerous junction 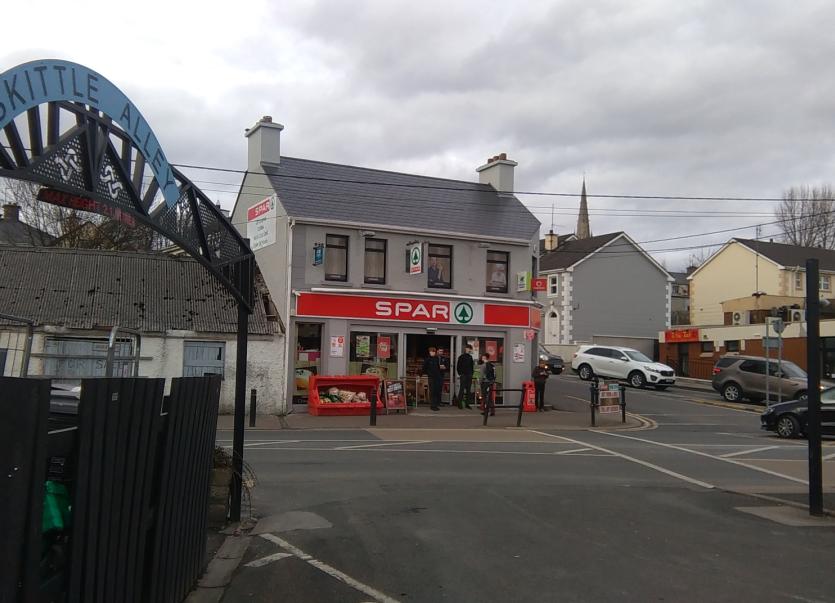 The busy junction at Lower Main Street, beside the entrance to the Skittle Alley.

A Letterkenny councillor said he’s very disappointed that his call for a proper pedestrian crossing at one of the town’s busiest junctions has been turned down.
Cllr. Gerry McMonagle wants a safer crossing for pedestrians crossing the road at Lower Main Street, leading to Ballymacool. He said the crossing, which is beside the Skittle Alley Car Park is marked by ‘Tram Lines’ across the road, but he said there is now a need for a safer ‘zebra’ crossing, which could also be governed by flashing lights.
He tabled a motion on the matter at Tuesday’s meeting of the Municipal District of Letterkenny but in an official council response, he was told there is already a proper uncontrolled pedestrian crossing.
“Generated pedestrian manoeuvres are not significant enough to warrant installation of a controlled pedestrian crossing in accordance with guidelines,” a council official said.
Cllr. McMonagle wants roads engineers to go revisit the area and find an alternative to the crossing that’s currently in place.
“If you look at the amount of cars and vehicles that use that junction, it’s one of the busiest in the town,” he said after Tuesday’s meeting.
“There are cars and vehicles turing right up the back road, coming in from Ballymacool and exiting the car park at the Skittle Alley. In the meantime, there are pedestrians trying to cross the road. There might be Tram Lines there, but to be honest, nobody knows who has the right of way.”