IT OCCURS TO ME: Celebrating Irish instances

Frank Galligan on fake news at a deadly time 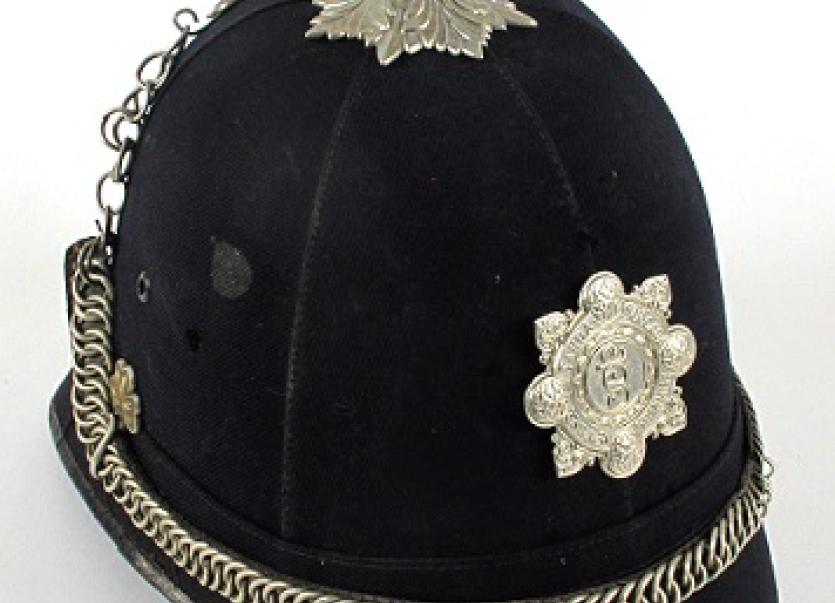 Donald Trump may think he has the monopoly on ‘Fake News’ but I was reminded of one of the most celebrated Irish instances in a conversation last weekend with an acquaintance in An Garda Siochana.
Tim Pat Coogan , one of our most acclaimed journalists and a former editor of The Irish Press, came across a typescript of this letter among his father's papers, when he was researching "Ireland since the Rising", and then quoted it as historical fact in the book!
It was entitled ‘Copy of Inspection by Deputy Commissioner Coogan - Corofin Garda Station, 11th May 1923.”
"Visited station in conjunction with Divisional Tour, Sergeant W. Lennon, 231, and station party present. When I entered the Sergeant sat glowering at me and refused to call the party to attention. I called the party to attention and Garda O'Neill tried to rise and fell into the fireplace. I asked the sergeant to account for the state of affairs existing at the station and he replied in a manner as would do justice to the worst corner boy in the slums of London.
I searched the barracks and found that a seizure of poteen (three gallons) made on the previous day had been almost consumed by the station party. The barrack servant sat with a baton in her hand protecting the remainder of it and refused to move. She also had possession of the station books and records and refused to allow me to inspect them
In my examination of the barracks I found that the w.c. was filled with station records, apparently used by the station party on their visits there.
I heard noises coming from the rear of the cells. When I went to investigate I found three young ladies there.
I took statements from them and they complained that when passing the barracks they were forcibly taken in by Sgt. Lennon and Guards Bourke and O'Toole - for a purpose better imagined than described.
In the kitchen of the station Guard Bourke caught me by the uniform and would not let me go until I promised to refund him a fine of £5.00 imposed on him and have the record of same erased.
On leaving the station I was approached by a local trader who demanded that I make the party pay some of their Mess Account for the preceding 12 months, now amounting to some £70.
The whole situation at Corofin was disgraceful. I returned to Tuam and had all the station party suspended immediately. I hope that the Divisional Officer will ensure that these men discharge their local debts before they themselves are discharged from the Force."
Now, Deputy Commissioner Coogan did exist, his son is the aforementioned Tim Pat Coogan. Everything else in his supposed report, however, is a complete hoax.
As Gregory Allen reminds us in his excellent history of the Force, Coogan actually reported that some stations in Clare and Galway were "utterly unsuitable", some "frightfully bad hovels".
"The men were overcrowded in cold and damp makeshift accommodation, with no water supply: in some stations water had to be carted from distant wells.
Sanitary facilities were primitive or non existent.
In the County Clare village of Maurice's Mills the guards were suffering from the cold and damp: 'in such a ...hopeless shambles' it was impossible to have either discipline or order."
As it happens, to have water in Corofin Barracks meant carrying it for two miles.
Subsequently, in a review of Coogan's book, a rather excitable Proinsias Mc Aonghusa wrote: "One of the myths of the state is the great work done by the unarmed Civic guards in the years following the Civil War...A look at Tim Pat Coogan's book is sufficient to realise how undisciplined many guards were in those years."
An even more excitable Edna O'Brien published the text in full in "Mother Ireland". In the "Garda Review" in February 1975, former Commissioner Patrick Carroll admitted it was a hoax and "a joke that misfired"- to quote Allen.
McAonghusa failed to acknowledge a startling fact...not only did the ‘Civic guards’ do much great unheralded work but they were taking serious daily risks.

Between September 1922 and the summer of 1923 over 200 Garda Stations were attacked, bombed or burned; 400 Guards were meanwhile assaulted, stripped or robbed.
One of the casualties was a young Donegal guard, John Murrin from Bruckless.
The first killing was of Henry Phelan who was shot dead on 14 November, 1922 in a pub in Mullinahone Co. Tipperary after he had gone on an expedition with two colleagues to buy a sliothar.
Three armed men had entered the pub, ordering the Guards to put their hands up. Before they had a chance to do so, however, the first gunman fired a shot, striking Phelan into the jaw and killing him instantly.
The gunman then muttered something about it being an accident before making a swift exit.
Phelan’s death was greeted with outrage nationally and although two arrests were made two years after the murder, the identity of the killer was never officially revealed despite having been well known locally. No-one was ever charged with the murder.
On 3rd December, 1923. Sergeant James Woods was just 23 when he was placed in charge of Scartaglen Garda Station in Co. Kerry. The Clare native was well respected in the locality but on that night a large group of republicans attacked the station, taking belongings and roughing up the Gardaí inside.
They forced the sergeant to climb a ladder towards the second storey of the building. As he was doing so, one of the raiders gave him a butt with his rifle to try and force him to hurry his progress. Unfortunately, the gun went off and a bullet hit Woods into the back of the head killing him instantly.
The raiders fled the scene and a huge manhunt was inaugurated in Scartaglen. Despite one local man being arrested and charged, no-one would ultimately be punished.
Garda Patrick O’Halloran was shot dead after attempting to apprehend two bank robbers in Baltinglass Co. Wicklow in January 1924. The two robbers, Felix McMullen and Peter Jordan, had just been demobilised from the national army and were found after a national manhunt. McMullen, the man who had fired the fatal shot, was eventually found guilty of murder and sentenced to death.
Appeals for clemency were not heeded and Fermanagh native McMullen was hanged by Thomas Pierrepoint in August 1924. He would be the only person convicted of murdering a Garda in the 1920s.

First time
Two Gardaí would be killed on the same day for the first time on 5 May, 1924. Sergeant Thomas Griffin and Garda John Murrin (Bruckless) went to a house near Carrick-on-Suir, Co Tipperary. They were attempting to apprehend a local man, Sonny O’Dwyer, who was alleged to have shot at their colleague the previous day.
When they arrived at a house belonging to O’Dwyer they were accosted by the wanted man who immediately shot both Gardaí before fleeing. Griffin would die the day after the shooting, although not before signing a lengthy statement about the day in which he implicated O’Dwyer.
Murrin lingered on for six months but would also succumb to his injuries. Although the identity of the suspected shooter was well known, he would never be discovered.
Far too conveniently, killers of Gardaí would never be apprehended. In Fanore in County Clare before Christmas 1925, an ambush was set up to shoot a Garda at a graveyard in the village. Garda Thomas Dowling was the victim.
Local distillers of poteen who had been arrested by Gardaí previously were thought to have been responsible for the brutal killing. Two local men were swiftly arrested and charged with the murder.
A strong case was built up by the prosecution and a guilty verdict appeared imminent. A number of witnesses withdrew their evidence in court however, and the case against the two men collapsed, allowing them to walk free.