IT OCCURS TO ME: Death before duty? 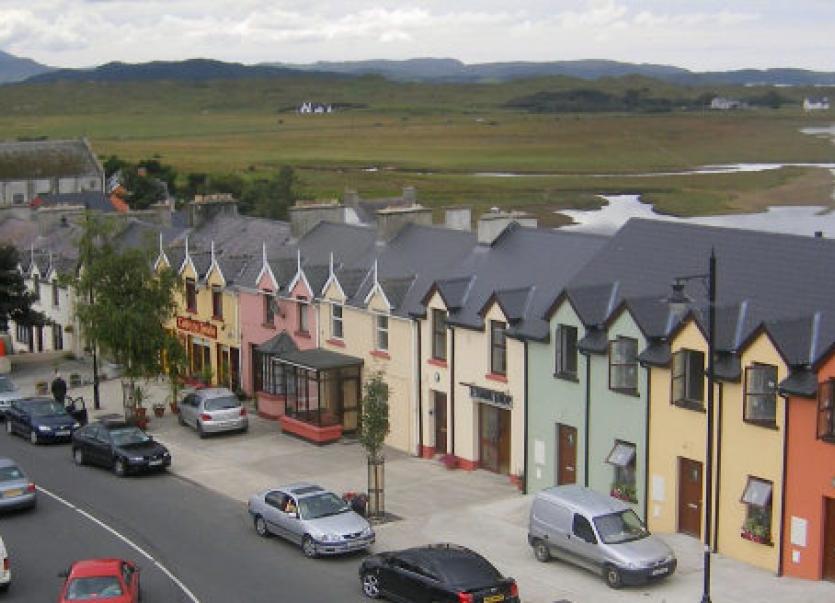 The town of Carrigart where Frank spent many of his childhood days.

Growing up in Carrigart/Downings, where my father played most of his football, I loved the characters who added as much colour to games as the players themselves.
Simon - not his real name - was one such. One night, he and my dad headed to a wake of a Garda Sergeant who had been a footballer of some repute some distance away.
There were the usual cups of tea, stronger drops, currant bread, John Players on the saucers and small talk surrounding the deceased.
In fact, Simon was fulsome in his praise of the legendary policeman and footballer and just before they left, he decided to head back once more to see his 'old friend' in the coffin.
Something made my father curious and so he followed him. Imagine his surprise when he observed Simon remove his cap again, lean in over the corpse and whisper: "Not a day too soon, you oul bastard ye!"
The Sergeant had once summoned him for piloting a Raleigh bicycle without a light. Simon had never forgiven him.
I'm reminded of the wee excitable woman who was put in charge of a neighbour's wake and when the local TD landed, got even more excited and blurted: "The corpse's brother would like to know what you're drinking!"

NO ‘DEELE’!
I was talking to an old friend recently about the ‘wee burn’ we fished in as youngsters.
Donegal is full of Scottish words, especially in the Laggan area. Ballindrait means “the town of the bridge” and Saint Eunan is said to have been born and brought up in the area and became the first bishop or abbot of St. Colmcille's church at Raphoe. He was also credited with having built the first bridge at Ballindrait over the river Deele or Burn Dale as the river was known by the Scottish Planters who came to live in this area.
The name Deele sounded too much like the word “deeil” which was Scots for Devil, so the Scottish planters changed the sound to Dale!
I also reminisced with him about our time in Gortnabrade NS outside Carrigart.
Our Principal, Joe Gallagher, was a true gentleman, a great teacher and a personal inspiration. On Mondays, Joe eased our way into first class by asking us about our weekend activities and on one occasion, enquired of a lad from the Mulroy area what he had got up to.
“Well, Master, I went tae the Sandy Hills and Tramore Beach wi’ Frankie Galligan and John Boylan.”
Joe knew how to get the best out of this character and then asked him to give him two reasons why he liked the seaside. His answer was straight and uncomplicated: “Sweemin and weemin, Master.”

CONTENTMENT?
I came across an old radio interview some time ago where I spoke with the then 84 year old Minnie Kirwan from Irvinestown. She was sent to the local hiring fair at 14 years old, and ended up as a farm maid in the Lisnarick area, where she had to milk 12 cows twice a day, working from 6.30 a.m. until dark.
She was paid just £6.00 for six months and despite the long hours, went dancing three nights a week until 4.00 a.m.!
She met her husband, an RAF pilot stationed in Fermanagh, at one of these dances, but he was tragically killed during WW2. She had a wicked sense of humour and was one of those people who lights up one’s life by their very presence. And what has kept her going?
"Contentment, Frank...I was always content with my lot. That's why young people nowadays are so unhappy...they're never content.
“There's always something more they want...because someone on the TV or a neighbour has it. Lack of contentment has the world the way it is."

CARRIE BUCK
Last week, I wrote how one Harry H Laughlin published some obscene proposals in his 1922 study of American sterilisation policy, “Eugenical Sterilization in the United States”.
It included as subjects for eugenic sterilisation: the feeble-minded, the insane, criminals, epileptics, alcoholics, blind persons, deaf persons, deformed persons, and indigent persons.
An additional eighteen states passed laws based on Laughlin's model, including Virginia in 1924.
The first person ordered sterilised in Virginia under the new law was Carrie Buck, on the grounds that she was the "probable potential parent of socially inadequate offspring”.
A number of readers were curious as to her story, so here it is. At the age of 17 years old, Carrie was pregnant and unmarried. She was classified as “feebleminded” and after her child was born, was committed to the Lynchburg Colony.
Unable to support Carrie after she and her husband parted, her mother Emma placed the four-year-old in foster care. The child was sent to live with a Mr. and Mrs. J. T. Dobbs. She did chores for the couple and attended school through the sixth grade.
She kept up with her classmates and was promoted every year. According to school records, her sixth-grade teacher characterized Carrie’s work and behaviour as “very good.”
In the early 1920s, a nephew of Mrs. Dobbs joined the household, possibly to help with farm work much as Carrie helped with the housework. In the summer of 1923, when she was about 16, the nephew raped her while his aunt and uncle were away from home.

Evidence
The evidence to have her sterilised came from the Eugenics Record Office and was prepared by Harry Laughlin. It stated:
“Carrie Buck: Mental defectiveness evidenced by failure of mental development, having chronological age of 18 years, with a mental age of 9 years, according to Stanford Revision of Binet-Simon Test: and of social and economic inadequacy; has record during life of immorality, prostitution, and untruthfulness: has never been self-sustaining; has had one illegitimate child, now about 6 months old and supposed to be a mental defective. . . .
This girl comes from a shiftless, ignorant, and worthless class of people and it is impossible to get intelligent and satisfactory data, though I have had Miss Wilhelm, of the Red Cross of Charlottesville, try to work out her [family] line. . . .She is therefore a potential parent of socially inadequate or defective offspring.”
She lost her case in the Appeals and Supreme Court and was sterilised in October 1927. She died in a nursing home in 1983.
People who knew her remarked on her kindness and recalled her enjoyment of reading. Her daughter Vivian died from an infection in 1932, at the age of eight.
In 1928, Virginia officials also sterilized Carrie Buck’s sister. She was told that the operation was to remove her appendix.
Only in 1980 did she learn why she was never able to have a child. “I broke down and cried,” she said. “My husband and me wanted children desperately. We were crazy about them. I never knew what they’d done to me.”
Dakota Johnson will soon star as Carrie in ‘Unfit’, a film adaptation of the book ‘Imbeciles: The Supreme Court, American Eugenics, and the Sterilization of Carrie Buck.”