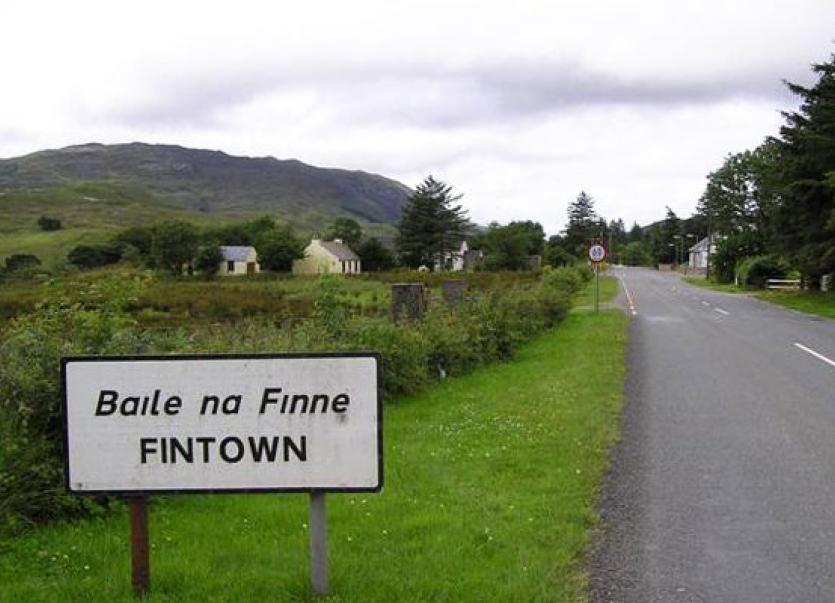 The move by Donegal County Council (DCC) to acquire three homes in the Gaeltacht village of Fintown has been commended by councillors of the Glenties Municipal District.
The Cathaoirleach of the Glenties Municipal District, Cllr John Sheamais Ó Fearraigh said that the move by DCC to take-over three homes which formerly belonged to Údarás na Gaeltachta was one that should be welcomed.

Sustained development
Sinn Féin Cllr, Marie Therese Gallagher said that the authority ought to be pro-active in acquiring homes in small villages in a bid to sustain population and development.
“What we need is schools to remain open, families living in the area and so forth,” she said.
She said that Fintown has suffered over the years.
She urged the council to look ‘aggressively’ at a plan to support the population of communities from Creeslough to Ardara.
The Dungloe-based public representative said that families will live where homes are made available to them.
She added that she understood that resources were a huge issue for all concerned: “I know that resources are a huge issue.”
“Where we build homes we sustain families and preserve the language which is very important,” she said.

Her sentiments were echoed by Cllr Terence Slowey who said that there are homes closing on a regular basis in certain areas of the county.
He also said that the Irish language ought to be considered in relation to decreasing populations in Gaeltacht areas.

Cllr John Sheamais Ó Fearraigh welcomed the fact that DCC is looking at implementing a village renewal programme in the area: “I welcome the move,” he said.