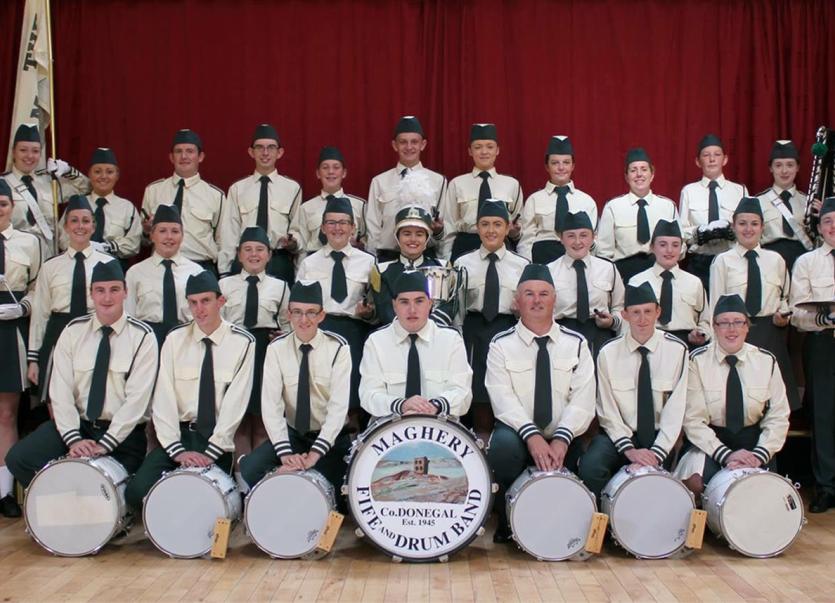 Following their Northern Ireland Competition Success the Senior Competitive Maghery Band have been scouted by the prestigious Tattoo Show.
The Liverpool Tattoo Convention is a spectacular and powerful music and dance which showcases a diverse line up of national and international artistes.

Extravaganza
The City of Liverpool Tattoo promises a thrilling and unique extravaganza of music and dance that is set to become a highlight in the city's cultural event calendar.
The production teams behind the Tattoo Shows have had a watchful eye on the innovative Maghery band who have been wowing global audiences online and nationwide in recent years.
Following their recent win the Maghery band were contacted and invited to perform and headline in the spectacular Liverpool Tattoo in September 2019. The event promises to be an event not to be missed for those who appreciate culture.

USA tour
This exciting new venture will follow their East Coast USA Tour which takes place in March 2019 - which members of the band are extremely excited in relation to.
The New Year will see Maghery Band launch themselves onto the world stage in many ways and they are extremely proud to be representing their hometown, county and country on yet another entertainment stage.
Since their International Champion Success in 2014 the budding band have made many international connections and are now enjoying the fruits of their success.

Spotlight
Promoting their hometown and country the interest that the band will generate in themselves will also shine a spotlight Donegal and in Ireland as a whole.
Opportunities to receive international groups will follow in the near future.
This will also assist in boosting tourism as connections continue to be fored with a culturally curious international audience.
The Maghery band is regarded by many as being the ‘Riverdance’ of the Marching Band World.
The band are honoured to have been recognised by the Liverpool Tattoo Show production team and are looking forward to a great future of performing on the entertainment scene.

Community
The performance experience for their members is furthering their development and life experiences which as a community group is a great achievement.
For a voluntary group to perform at this level of professionalism is also a great feat.
The band have been very thankful to the community who have supported them as they prepare to venture and travel internationally and will close 2018 with an official thanks in relation to the fundraising they have undertaken this year.

Success
If this is the success that has been bred within their local community and from within Ireland one can only imagine what success will follow after they debut on the world stage.
There are very exciting times ahead for these All Ireland and International Champions.
The future is very very bright and the sky is very much the limit for this promising band