Whoever did this is a "gobshite" - Cllr 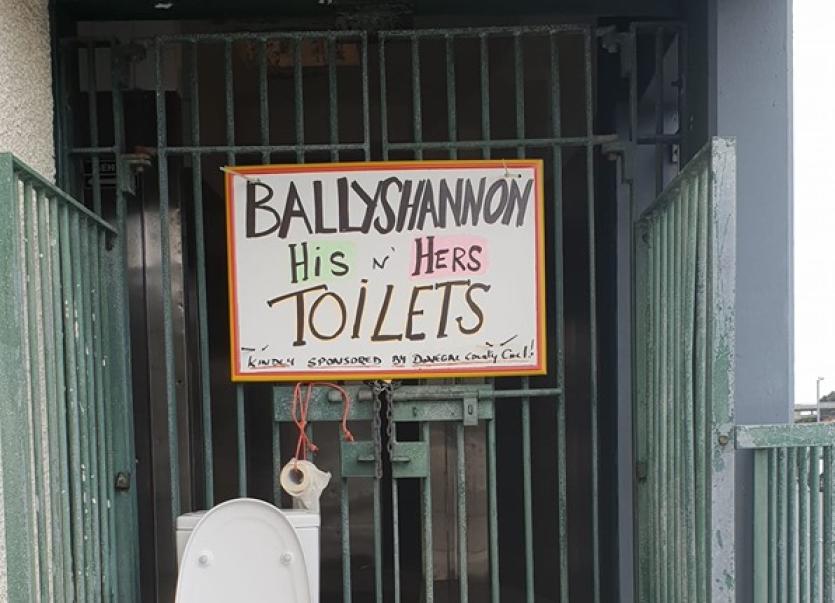 County councillors have rounded on whoever left a toilet outside the closed public toilets in Ballyshannon as part of an apparent protest.
The toilet appeared outside the closed public toilets with a sign saying: “Ballyshannon his n hers toilets. Kindly sponsored by Donegal County Council.”
Councillors speaking at Tuesday’s May meeting of the Donegal municipal district in Donegal town acknowledged the town needs new toilets but condemned whoever was behind the protest.
An angry councillor Barry O’Neil (FG) led the attack on the protest and labelled whoever placed the toilet on the street “a gobshite” and said they should be ashamed of themselves.
He said he had “no problem with protests” but it was “despicable that the toilet was visible to a group of German tourists walking through the town.
“I would never have pulled a dirty trick like that in my home town they should be ashamed of themselves,” he said.
He said whoever was behind the protest was “politically motivated”.
The outgoing Ballyshannon councillor said the toilets do need to be cleaned up and reopened but the “negative protest is not helping the town.”
“We need positive people and positive thinking,” he said.