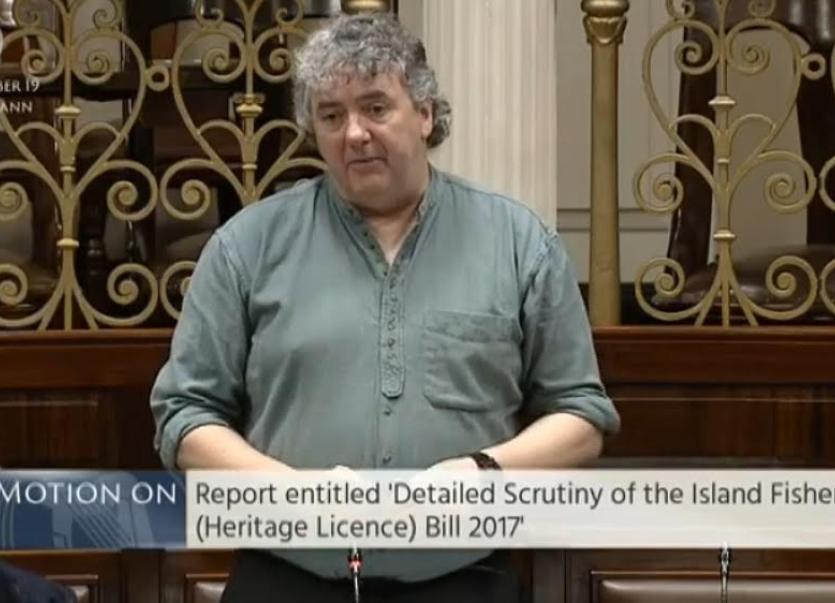 Independent TD for Donegal, Thomas Pringle, has this week called on the Minister for Agriculture, Food and the Marine, Michael Creed, TD, to meet with IMRO, the island fishing organisation to progress island fishing rights as part of the Island Fisheries (Heritage Licence) Bill.

Deputy Pringle was speaking on a report debated in the Dáil this week which was drafted by members of the Committee on Agriculture and the Marine on the Bill including Deputy Pringle himself.

"Island communities have worked very hard to sustain life in their communities and island fishermen in particular are trying to preserve their traditional way of fishing but officialdom is making it harder and harder for them to sustain their own way of life.

“I made the point to the minister that it’s important that island life is made easier and preserved by the department without the creation of additional barriers and bureaucracy which seems to be pervasive and unsustainable for those living in rural coastal and island communities," he said.

Deputy Pringle said he was also aware that island fishing organisations were finding it increasingly difficult to be able to represent island fishermen due to impossible criteria set by the Department of the Marine, for example IMRO (Irish Marine Resources Organisation) wishing to be recognised as a producer organisation was finding the department’s criteria impossible to meet with barriers being placed in their way at every turn.

"This is incredibly restrictive for fishermen and their communities if proper representation of the sector cannot be fulfilled and I believe only marginalises rural coastal and island communities further.

“For that reason I am calling on the minister to meet with the fishing organisation IMRO to deal with outstanding issues with regards to the rights of rural, coastal and island fishing communities and the progression of this Bill which seeks to enhance those rights.

“As a member of the Committee on Agriculture and the Marine I will endeavour to pursue the needs of island fishing communities further and monitor the department’s progress on the Bill as well as key recommendations made by the myself and my colleagues on the committee. I hope the Government will not cite a need for a money message and use that as an excuse not to deal with the issues outlined in the debate this week in the Dáil," he said.