Quake was of a magnitude 6.4 event 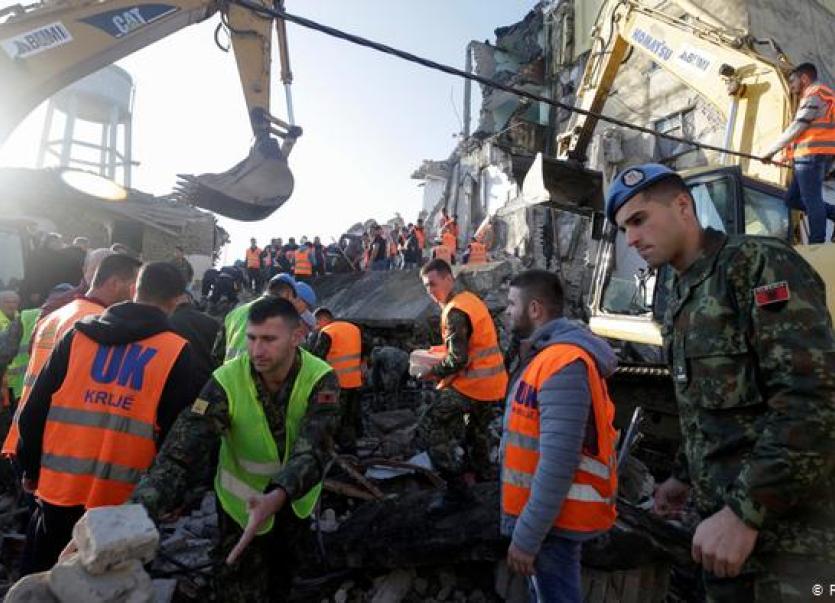 This morning's Albanian earthquake was picked up by monitoring equipment in a Donegal school.

Students at St Columba's College in Stranorlar recording data on their school seismometer (IRIS seismic station DL02). The Transition Year classes use it to study waves, energy, and geology.

According to the one of the college's physics teachers, Brendan O'Donoghue, the latest quake was of a magnitude 6.4 event 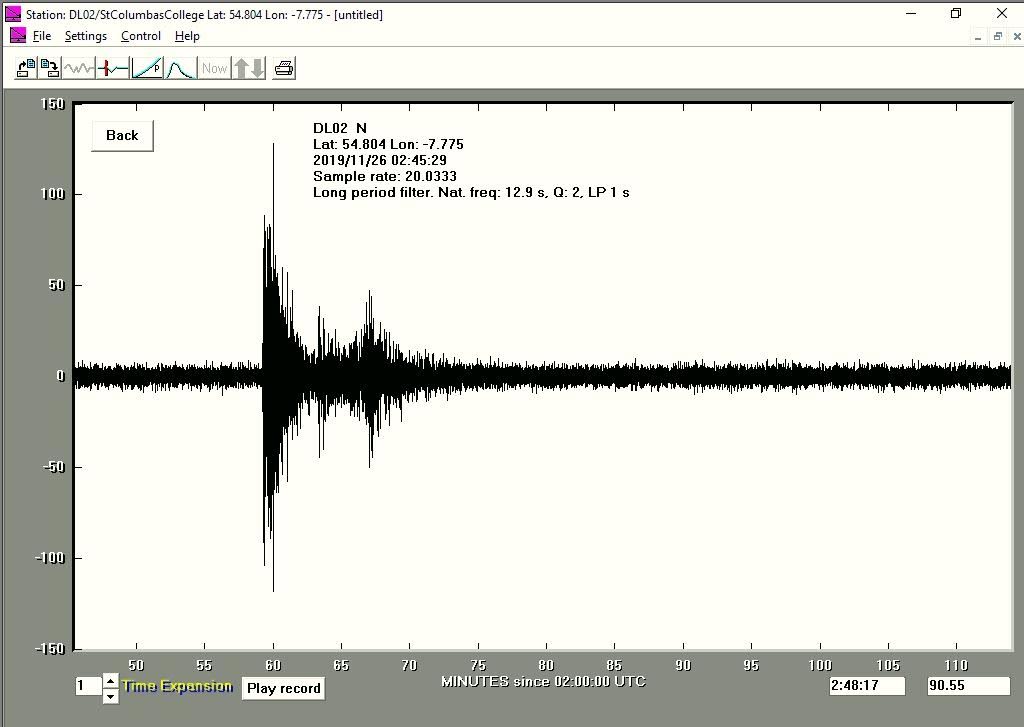 A seismogram of the event recorded at Seismic Station DL02, detected by students at St Columba's College, Stranorlar

Indeed the school's seismic station is now ranked first in the world among those secondary schools that contribute data to the IRIS Seismology in Schools programme. They have recorded and submitted data on nearly 1,000 events since April 2010.

At least 300 people were injured in the strongest earthquake to hit the Balkan nation in decades. The epicenter was 10 kilometers (6 miles) northwest of Shijak, between Durres and the capital Tirana, at a shallow depth of 10 kilometers, according to the US Geological Survey.

President Ilir Meta told journalists that "the situation is very dramatic. All efforts are being done to take the people out of the ruins.'' He called on the Cabinet to request international assistance. 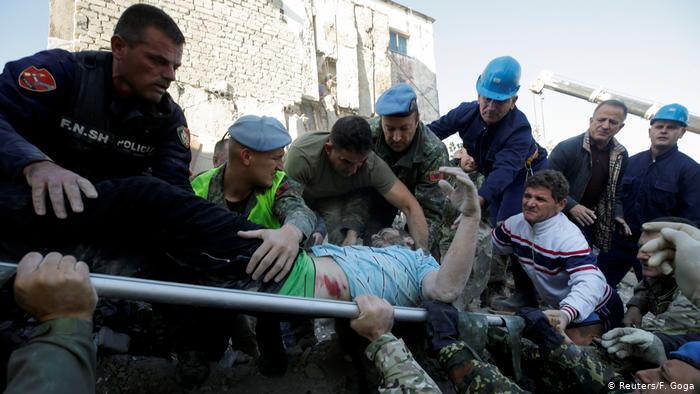 Dramatic scenes from this morning's earthquake in Albania

Tuesday's quake was the second to hit the country in two months and was felt along the Adriatic coast.