Two acclaimed plays to be staged 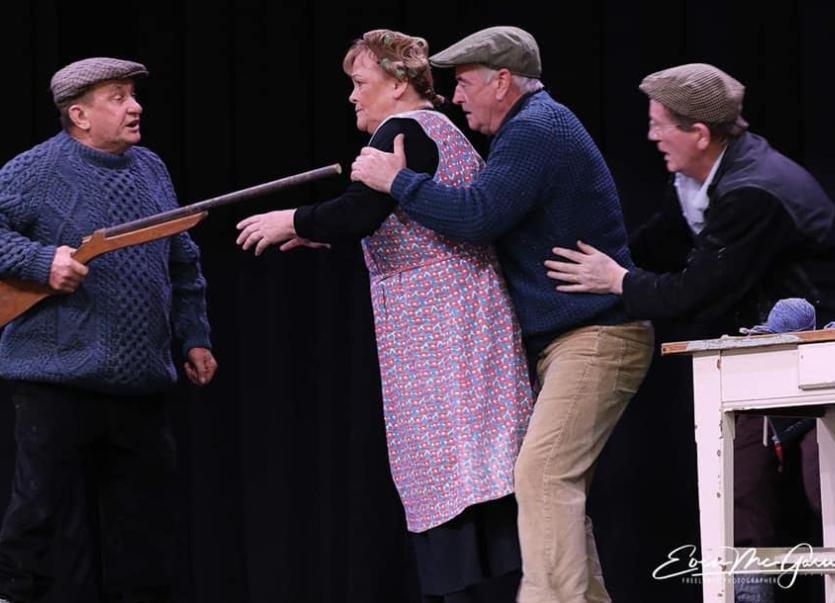 Prolific creative writer and journalist, Séamus Ó Grianna ('Máire') from Rann na Feirste died exactly 50 years ago in November 1969. He wrote more than 30 novels and short stories the most notable being 'Caisleáin Óir' and 'Cith is Dealán'.

He also wrote a number of books based on his youth and the history of the area - 'Rann na Feirste', 'Nuair a bhí mé óg', and 'Saol Corrach'. He spent most of his life in Dublin working in the Civil Service. He spent 18 years working on the two major Irish dictionaries - De Bhaldraithe and Ó Domhnaill. 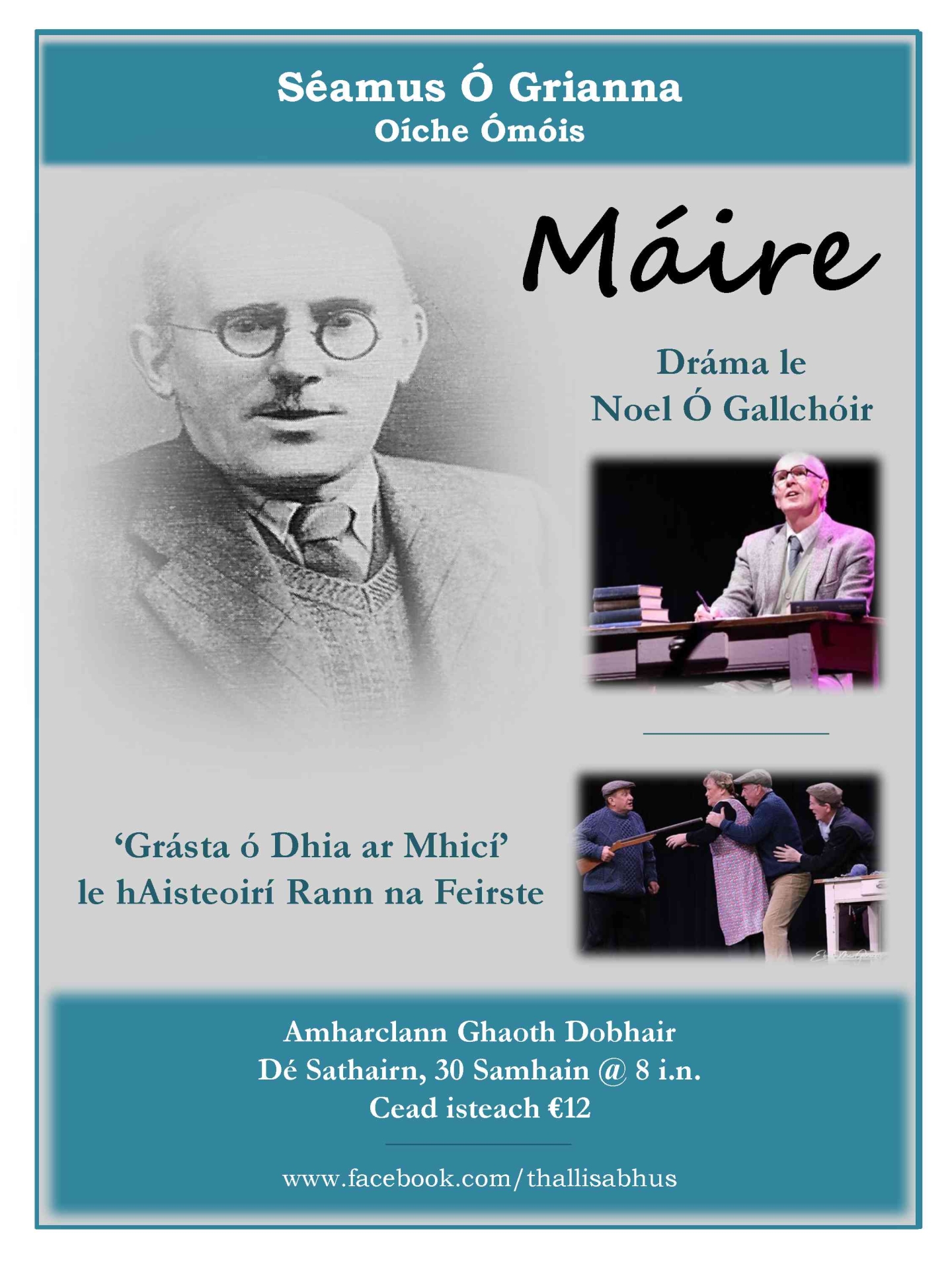 The poster for Saturday night's shows

On Saturday night, at 8pm, two plays about Séamus Ó Grianna will be performed. Aisteoirí Rann na Feirste will present 'Grasta ó Dhia ar Mhicí', an adaptation by Niall Mac Eamharcaigh of one of his most famous short stories.

There will also be a number of Séamus Ó Grianna songs performed on the night. Both plays were very well received in Rann na Feirste during the comóradh there in October.