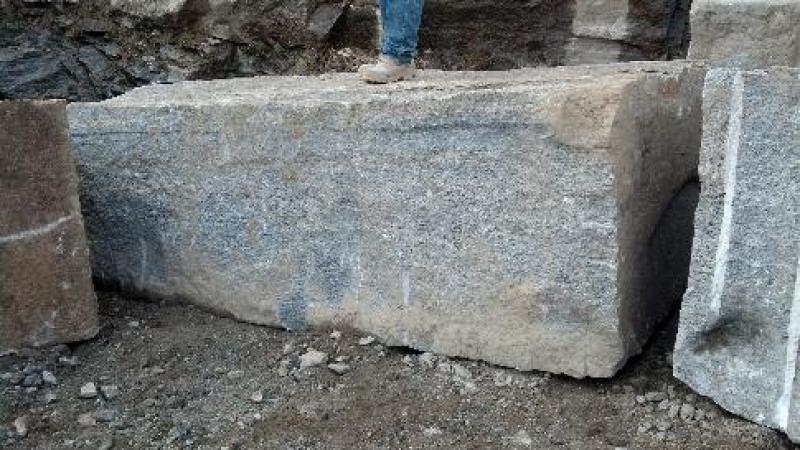 Submission have been made opposing the continuation of a quarry licence for a Donegal company.

Cassidy Brother's Concrete Products Ltd. have applied for permission for quarrying activity over an area of 17.8 hectares in Ludden and Gransha townlands in Buncrana, for the extraction of rock by blasting and rock breaking and processing rock.

Three submissions opposing the granting of the licence had been lodged with Donegal County Council.

One of those submissions opposing the Cassidy Brothers application was lodged by the Mica Action Group (MAG).

MAG committee member Gordon Dickenson, who lodged the submission on behalf of the group, said that 95% of the MAG members and Donegal County Council were supplied blocks from Cassidy Bros,.

“This situation needs to be urgently resolved,” he wrote. “The only way to do this is to prevent Mica affected blocks reaching the market place.

“As the current site obviously has rock containing high levels of Mica maybe a way to do this would be to use one of the applicants suggested options which is to obtain and move to a new quarry site but if this option is used the Quality Control and testing conditions should still be applied.”

Mr Dickenson suggested in his submission that a batch by batch quality control system should be introduced to ensure that all blocks are 'fit for purpose'.

He also suggested that regular unannounced quality certification checks be carried out at the premises.

Another objector highlighted the devaluation of their property due to the ongoing blasting of rock at the quarry.

Due to the blasting, the owner of the neighbouring property has claimed their home has suffered structural damage.

The homeowner also pointed out the levels of noise pollution and heightened traffic that accompanies work at the quarry.

A third member of public has opposed the proposed application on environmental grounds, specifically the affects for on protected species that dwell in the Lough Swilly special conservation area and surrounding rivers.

“I note that the applicant's own NIS says that the potential deterioration in water quality arising from activities at the quarry presents significant risk to protected species and the fish/insects/animals they feed on.

“I am concerned that the measures proposed by the applicant will not sufficiently mitigate the risk.”

The Buncrana-based company has been a source of controversy for many across the peninsula due to the ongoing Mica crisis affecting Inishowen.

In a statement issued by the company in August last year, Cassidy Brothers defended its record, stating that all of its blocks passed the Government's stringent tests and met industry standards at the point of manufacture.

“Investigations have confirmed that Cassidy Bros’ masonry blocks – tested at point of manufacture – have at all times, past and present, complied with all relevant Government standards, regulations and specifications. Cassidy Bros is a local, family-owned and run business which has been a proud part of the north Donegal community for generations,” the statement read.