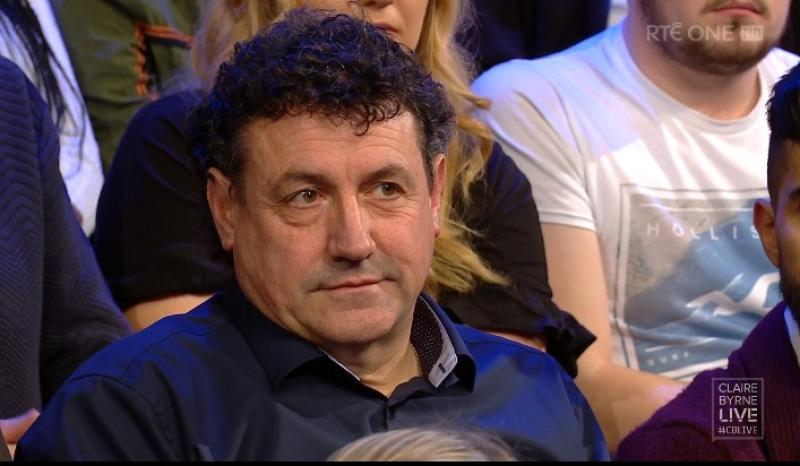 A Donegal haulier said truck drivers were no longer safe in Europe because of criminal gangs involved in people smuggling and theft.

Michéal Curran was taking part in Claire Byrne Live on Monday evening where the topic of illegal migrants found a Stena ferry recently was being discussed.

“I have had colleagues who have been broken into as far down as Dijon and they don’t know they are broken into because there are gangs helping these lads now and they are cutting in through the roof of the fridge. They can bypass all the security that has gradually been coming in place.”

Mr Curran told viewers of the popular current affairs show that criminals used gas pumped through a cab heater to render the driver unconscious. He himself had twice been the victim of this type of gassing while stopped in Spain.

“A truck driver on the continent has a thing called a night heater,” he explained. “It runs off the diesel electric pump. There is an exhaust pipe out of it. If they put this gas through that pipe it will knock you out in your cab.

“Sometimes it knocks you out unconscious but sometimes you are very aware of what is going on around you but you cannot move. You can’t even move your eyes. Your body will go into spasm. I hyperventilated the second time. I thought I was actually dying.”

In Mr Curran’s case, he was the victim of theft. But the driver of the lorry on which the illegal immigrants had been found on the Stena ferry to Rosslare believed he had been gassed or drugged.

He said that a lot of people had left the industry as a result of the recent illegal immigrant crisis.

“It has driven a lot of good lads out of the job, really good men,” said Mr Curran. “A truck driver is not safe anymore. He is not safe in Europe.”

The Donegal man was clear on who should be taking responsibility for the crisis.

“Europe is abdicating its responsibilities to its own European citizens and to the migrants who want to come here,” he said.

“I think Donald Tusk and Donald Trump are going the wrong way about it when they’re talking about concrete, wire and Rottweilers.

“Europe needs to go into northern Africa and set up Ellis Island type facilities and whoever wants to come here, be processed properly and come here and not be getting in under an axle of a lorry.

Mr Curran showed a lot of compassion for those forced to take such desperate action to escape their own countries. This was echoed by Leitrim hurler Zak Moradi who spoke on Claire Byrne Live about how his parents had been forced to flee their native Iran.

Mr Moradi explained that oppression, war and persecution forced people into fleeing their beloved homelands. This was often because of wars supported by western countries, yet the west then was unprepared to deal with the influx refugees that was a consequence of those wars.

The programme also heard that one of the immigrants found on the Stena ferry last week had no food or water for three days. He was having difficulty breath, couldn't move and thought he was going to die in the container. He was in no doubt that the truck driver who opened the door of the container had saved his life.

The full programme is currently available on the RTE Player.