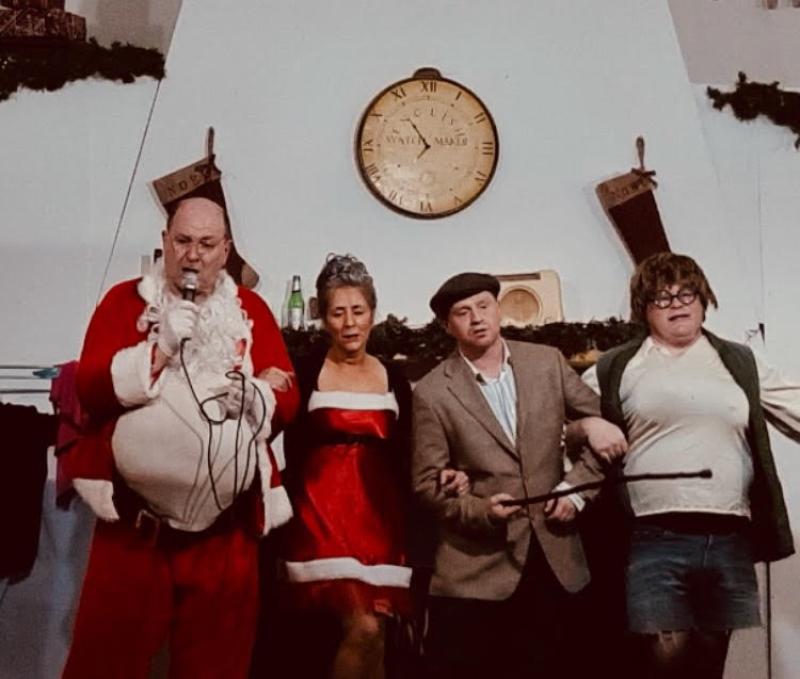 Proud of his run of eight sell-out shows (and counting) in Donegal, Chris Duddy has now decided to bring his side splitting new show Santa Baby to An Grianan Theatre in Letterkenny for one night only, on Thursday, December 12 at 8pm.

This feel-good Christmas show is written for the adult audience that want a Christmas night to remember.
This riotous 90 minute comedy is going down a storm, and has them rolling in the aisles with laughter, singing, and even dancing. 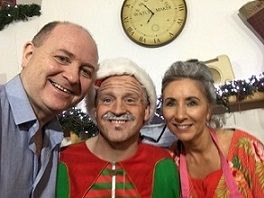 Maisie is having none of it. Then Charlie's old fashioned mate Paddy calls, and all hell breaks loose, with absolutely hilarious results.
Will Charlie end up in the dog house? Well, on Christmas morning, Maisie is in for one helluva big surprise.

Featuring Chris himself as the timid, hen-pecked Charlie; Inishowen comedy legend Majellla Gill as Maisie; the hilarious Emyvale/Carrigart man Micky Coll as Paddy, and in a number of cameo roles the super Sean Bonner.

A show full of Christmas cheer, fun, song, music and laughter, Santa Baby is the pre-Christmas tonic, not to be missed!

Chris Duddy has a string of performances to his name with local groups including Letterkenny Panto, LMS and Letterkenny Music and Drama Group.

He is so looking forward to be entertaining in his home town.

"With this being my own show, it makes it even more special," Chris said.

Note: This is an adults-only show.