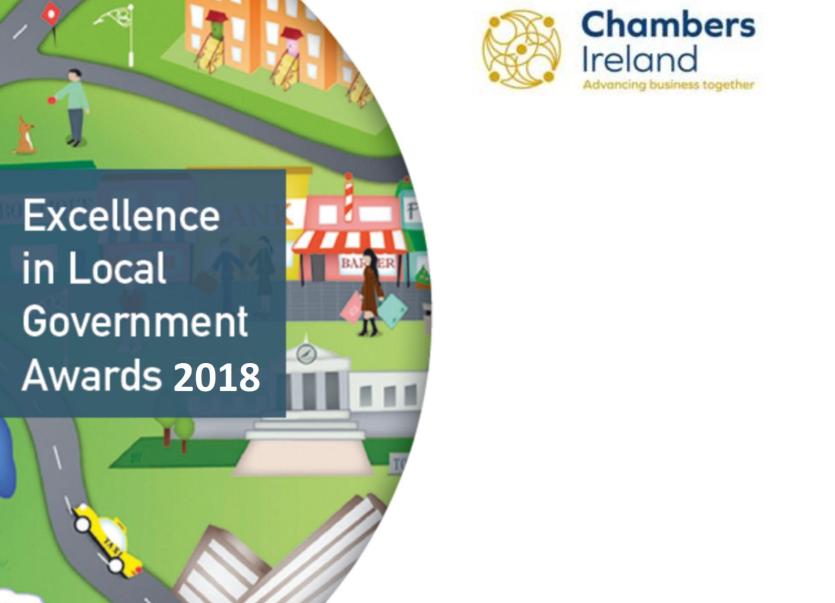 Donegal County Council scooped the Outstanding Initiative through the Municipal Districts award at this year’s Excellence in Local Government Awards which were held in Dublin recently.

The award recognises the outstanding work done by Donegal County Council and especially the councillors and staff in the Inishowen Municipal District during the hosting of the Dubai Duty Free Irish Open in July 2018.

The Excellence in Local Government Awards are hosted by Chambers Ireland and are held each year to showcase best practice in local government, recognising the skills, hard work, innovation and enthusiasm within local government that can often go unrecognised.

“The Dubai Duty Free Irish Open was a wonderful opportunity to showcase this stunning location to a global audience of almost half a billion people and the event itself surpassed all expectations.”

The tournament has held in July 2018 at Ballyliffin Golf Club less than twelve months after one of the most devastating flooding events ever to strike the north-west region causing approximately €15 million worth of infrastructural damage across the Inishowen Peninsula.

“While the hosting of an event of this calibre is a mammoth task in ordinary circumstances, it was even more remarkable when you consider the challenge that faced our staff in dealing with the devastation following the unprecedented flooding event in August 2017,” said Cllr Martin McDermott, chairman of Inishowen Municipal District.

“We had a situation where roads and bridges were actually washed away and were new infrastructure had to be designed and constructed in a very short space of time. However, our team surpassed all expectations resulting in a record number of over 90,000 people visiting Ballyliffin over the five days of the tournament in 2018 enjoying what was one of the most memorable tournaments”.

Cathaoirleach Cllr Crossan added: “The work that was put in by our own local Roads Service led by Seamus Hopkins and Eamonn Mahon under the direction of director of service, John McLaughlin and senior engineer, Brendan O’Donnell, cannot be over emphasised. 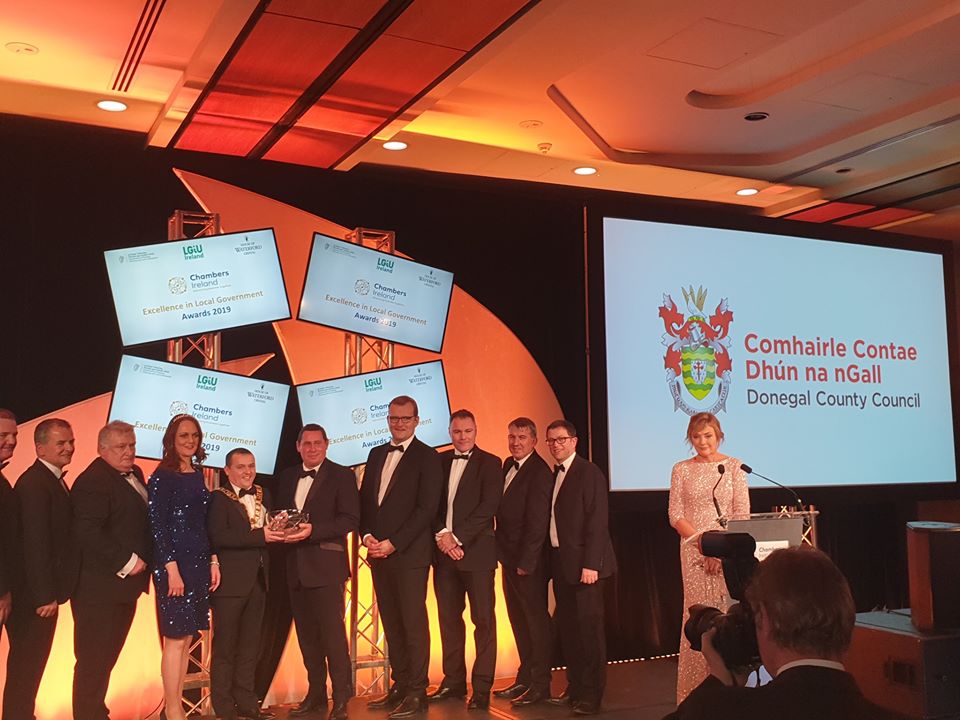 "This is local government at its best and shows the value of working collaboratively at a very local municipal district level. The support and co-operation we received from everyone in the community including the gardaí and all the emergency services was second to none and contributed in a very positive way to the success of the tournament.”

In total 16 awards were presented in the Excellence in Local Government Awards and Chambers Ireland chief executive, Ian Talbot, said it was an honour for Chambers Ireland to host the awards as well as a pleasure to highlight the work being done at a local level.

Minister of State for Local Government and Electoral Reform, John Paul Phelan, TD, said the awards acknowledge those in local authorities who through their commitment, creativity and skill - continue to meet the dynamic and diverse needs of our changing communities.

Specially commissioned crystal awards, designed by Waterford Crystal, were presented to the winners on the night and the individual awards were sponsored by European Recycling Platform (ERP), TEKenable, Healthy Ireland, LGiU Ireland, Fáilte Ireland and EirGrid.