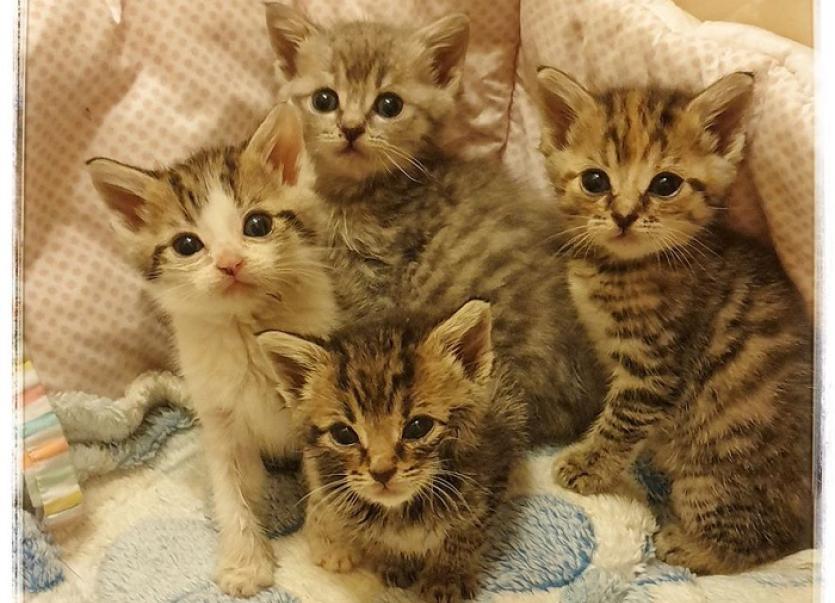 This starving litter of kittens was found in Inishowen

Animals In Need (AIN) are appealing to anyone planning to give a pup as a Christmas present to please reconsider.

Every New Year, animal rescues such as AIN are left to pick up the pieces when so many Christmas pups are no longer wanted and they end up dumped in the Pound or handed in to rescues.

Christmas is probably the worst time to introduce a baby animal to a new home. With all the festivities, noise and visitors, it can be very frightening for a pup who has left its mother and siblings for the first time.

A new pup will need house-training, time spent on him or her and there are the seasonal dangers such as toxic foods and electrical decorations, all very interesting and potentially lethal to a chewy pup.

The reasons given for getting rid of the pups range from the pup is too destructive, getting too big, isn't house-trained, takes up too much time, costs too much or the novelty has worn off, to give just a few examples.

If you really want add a new dog to your family, why not wait until after the New Year when things are calmer and rehome one of the Christmas present pups who have been discarded, to give them a second chance instead. 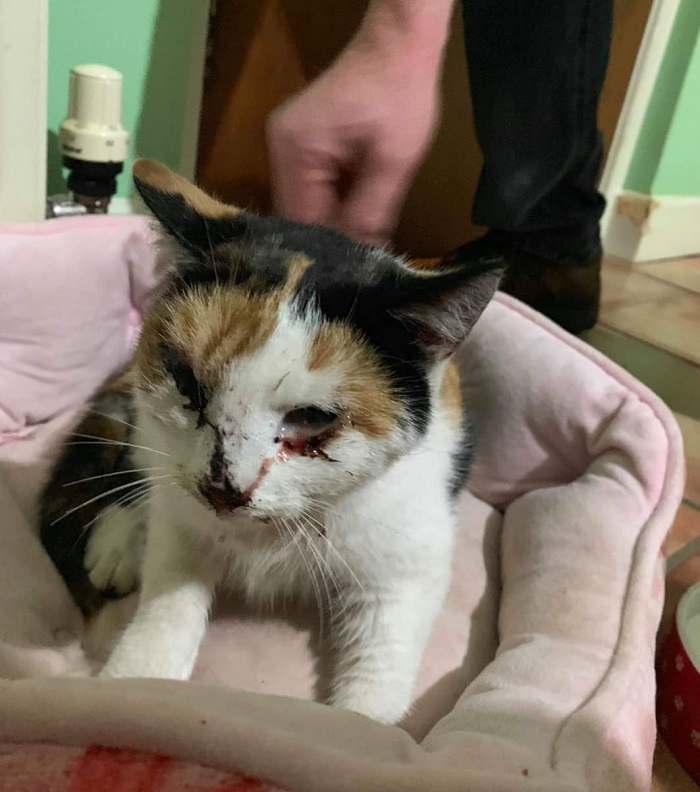 THIS INJURED CAT WAS FOUND AT A PETROL STATION

After all, a dog is for life, not just for Christmas.

Seven dogs were rescued from the Letterkenny Pound last Saturday.  Foster home places are limited at the moment as the Dogs Trusts' hub is closed until the 28th December, meaning some of the dogs have had to go into Boarding Kennels.

Several more dogs have received their Pet Passports and will be heading off to their forever homes in the UK shortly.

Small kittens are still being found outside in the sub-zero temperatures.

Last week five tiny kittens were found alone in a bush in Ballyliffin. They were only around 4-weeks-old, starving hungry and near death.

These emaciated kittens were only half the body weight they should have been. One of AIN's volunteers has given them around the clock care to get them back on track and all five are much improved and responding to treatment.

An 8-week-old tabby kitten with a bad dose of cat flu was finally caught in Ramelton this week, thanks to the perseverence of one of AIN's younger members. The kitten's eyes were sealed by infection and she had difficulty eating as she was congested but she is now safe and warm and getting the treatment she needed before any permanent damage occurred.

A number of adults cats have been rescued this week, mostly unneutered tom cats, and all arrived in poor condition.

A cat was rescued at the weekend after he was involved in a road traffic accident in Newtowncunningham. He had a damaged eye and injured leg and hip and is receiving treatment.

Also at the weekend, an unneutered ginger tom cat was found at a petrol station in Donegal Town in a terrible state. He was skin and bone and suffering from cat flu and diarrhea.

Another ginger cat was found injured outside a house in Donegal Town and he too is receiving medical care.

An injured tom cat was also found at Mountain Top in Letterkenny in a shocking condition. He had clearly been ill and injured for a long time. Thankfully, a kind woman took action and caught him and brought him to AIN for help.

Finally, if you would like to help AIN's rescued animals have a merry Christmas, the Santa Paws Pet Toy Drive is underway. The goal is for every animal in their care to have a gift on Christmas morning, so please donate a pet toy if you can.