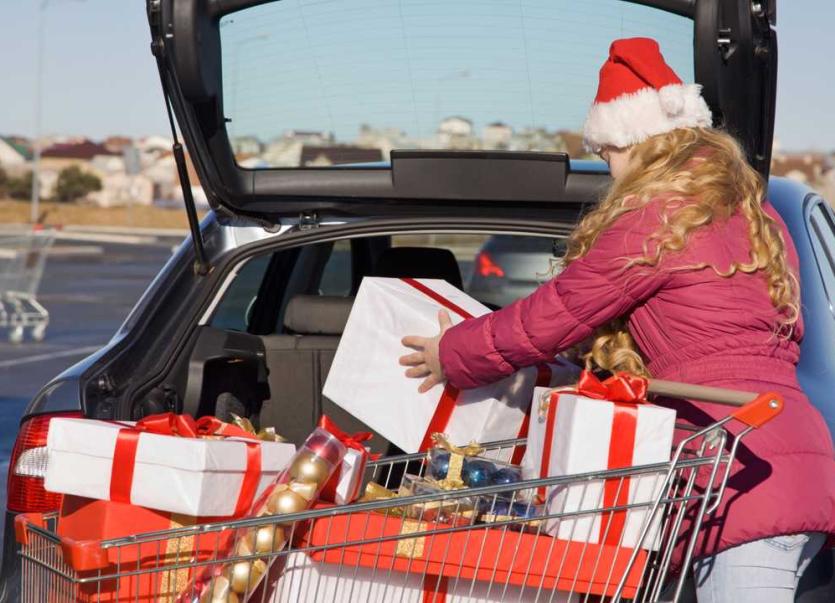 For those of us living in Donegal, a trip across the border for a spot of Christmas shopping is nothing new.

But would you be surprised to learn that over a quarter of Irish consumers intend on doing at least some of their Christmas shopping outside of the state this year, according to a recent survey?

In response to a recent AA Rescue survey of over 6,000 of its insurance customers and members, almost 1 in 10 Irish respondents (9.17%) stated that they intend on making a trip to Northern Ireland for the purpose of Christmas shopping in the coming weeks.

This figure represents a minor drop on 2018, where 10.81% of those surveyed by the AA were planning a cross-border shopping trip.

Meanwhile, the survey also found that some Irish people are planning on going further afield in the hopes of making savings on their Christmas essentials. 4.30% of those surveyed stated that they will make a trip to Great Britain, broadly similar to the level seen in 2018, with 3.80% planning a trip to continental Europe – up from 3.12% in 2018.

“While the percentage of those planning a cross-border shopping trip this Christmas season has dropped slightly, we can still expect to see a large number of people travelling north in the weeks ahead and an increase in traffic in border counties particularly during weekends,” Conor Faughnan, AA Director of Consumer Affairs stated.

“If you are likely to be driving in the border area in the coming weeks, you may notice an increase in motorists who are less familiar with the area so it’s important to allow some extra space between yourself and other road users, particularly in spells of poor weather.

“Secondly, it’s important to remember that breakdowns can still happen and it’s important to consider who you can call for assistance if your car lets you down while up north as your local go-to option may no longer be a position to help. While AA Members are automatically covered for a breakdown in Northern Ireland or the UK not all providers offer the same benefit."

In total, the survey found that just under 26.68% of people will leave the state in the coming weeks ahead of Christmas, with the vast majority of these doing so in order to carry out Christmas shopping.

For those planning on doing some Christmas shopping outside the state, clothes, alcohol, food and electrical goods are among the items most likely to be on their shopping lists.

“If you are planning a trip to Northern Ireland or even the UK by car it’s important that you prepare your car properly and load any items you’re bringing home into the boot correctly and safely to avoid any accidents being caused by uneven weight distribution.

"Depending on the weight of what you may be buying, you may need to adjust your tyre pressure ahead of the journey, but it’s also important to be security-conscious if leaving your car unattended while the boot is full of presents,” Faughnan added.

“Whether you’re shopping in the state or driving across the border, it’s important to be mindful about leaving your car unattended during shopping trips in the weeks ahead.

"Opportunistic thieves are likely to be checking car parks over the coming weeks for unlocked vehicles so always double-check that you have locked your car before you leave it and that any presents you’ve bought aren’t easily visible to passers-by.”