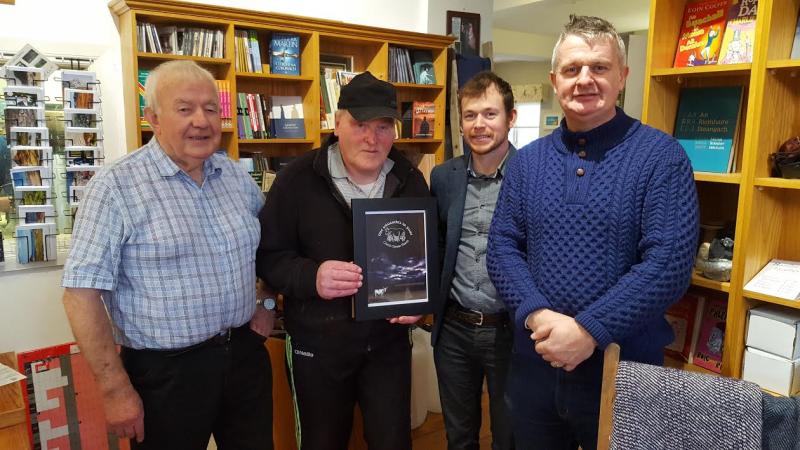 Micí Whiting Mac Aoidh has received an award of recognition in advance of Féile Scéalaíochta na Glaise, an Irish language storytelling to be held in An tSean Bheairic, Falcarragh, this weekend, December 13 and 14.

Micí, originally from Inishboffin island, has spent his life sharing his knowledge and folklore with the community, both at home and further afield, through his regular appearances on RTE Raidio na Gaeltachta and more recently with the publication of a book by author Eamonn Ó Dochartaigh which documents Micí’s wealth of oral literature. 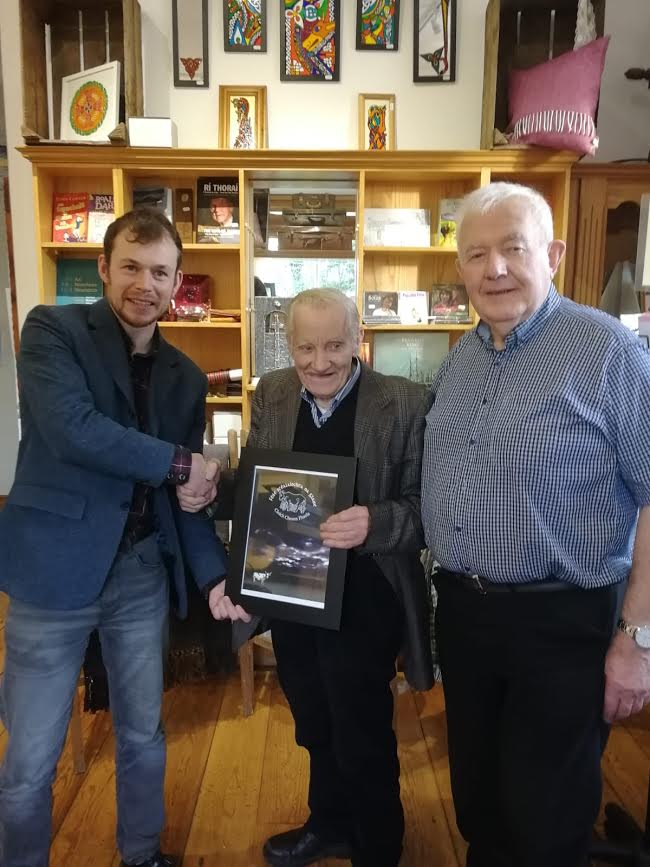 Aodh (Hughie Mhoody) Ó Gallchóir ( above, centre), was also presented with an award at the occasion. Hughie is highly regarded in the community for his generosity, his love of the Irish Language and his wealth of speech and folklore.

The storytelling festival features a host of events including lectures, workshops, music, and Irish language comedy, culminating in a storytelling competition.