REMEMBER: No Donegal animal rescued by Animals In Need (AIN) is a Christmas present

Donegal AIN currently have 79 cats and kittens in foster homes 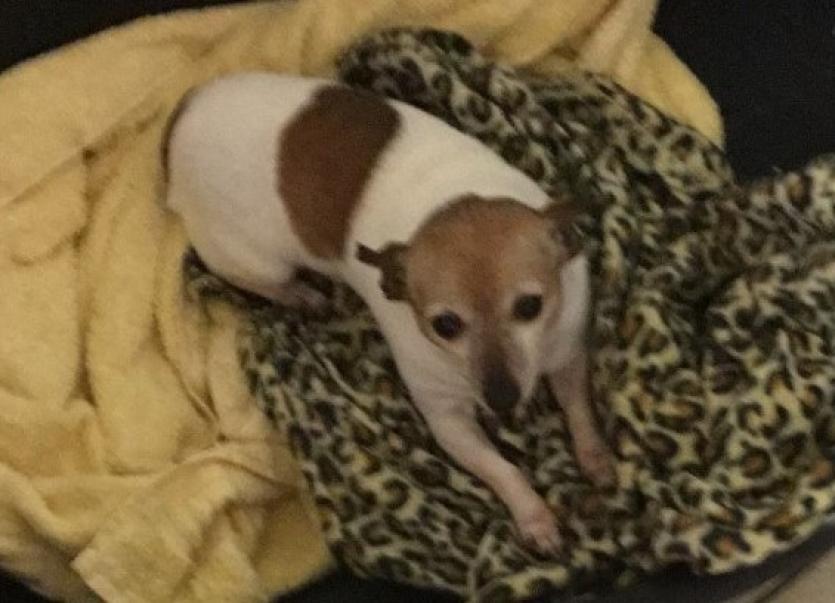 As no animal rescued by Animals In Need (AIN) is a Christmas present, the charity does not rehome dogs or cats over the Christmas period and adoptions are now closed until January the 4th 2020.

However, AIN will remain open over the festive season to any animals that need help, with calls still constantly coming in to the helplines about sick or injured animals and the fostered animals will still need to be cared for.

AIN currently have 79 cats and kittens in foster homes, which shows what a busy year it has been for the volunteers.

Kitten season has been all year round instead of the usual Spring and Summer seasons this year. 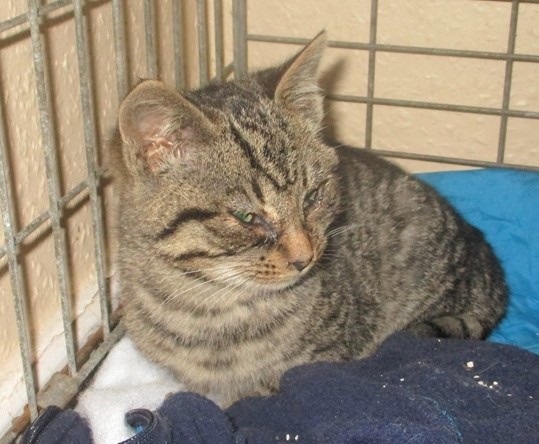 The weekly run to the Letterkenny Dog Pound to rescue all the unwanted dog will continue right up until Christmas Eve.

Sadly, this is one of the busiest times of year, with adult dogs even being handed in to the Pound to make way for a new Christmas puppy.

This means the dog foster homes will remain full for the next few weeks at the very least.

One of the most recent animals rescued was a cat who had sustained serious burns all over his body. Shockingly, this was a deliberate act of cruelty and the cat is now receiving intensive treatment in an attempt to save him.

The cat had been found in a shed by the house owner, who rang AIN as the cat appeared to have an injured leg and fur loss.

When AIN's volunteer arrived at the house, the cat was howling in pain. He was rushed straight to the vets for pain relief but he was in such agony that they could not touch him until the next day, when his pain was under control.

However, when the cat was sedated and examined by the vets, they found that his extensive wounds were consistent with having boiling liquid poured over him. 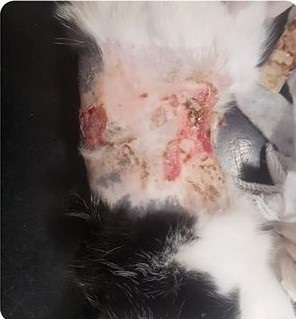 THE CAT HAD BOILING WATER POURED ON HIM

Now that the painkillers are working, he has turned out to be a very friendly cat, who loves attention. He has a long road to recovery ahead of him, so fingers crossed for this poor cat.

Thankfully, his tests for FIV (Feline 'Aids') and FeLV (Feline Leukemia) were negative.

Tragically, that was not the case for four extremely sick, unneutered tom cats who were found separately over the past 10 days.

All of them tested positive for both diseases and the vets decided that there was no hope for their long term recovery and that the kindest solution was to end their suffering.

This is heartbreaking for the AIN volunteers who have rescued them and tried to keep them alive but then have to sit with these cats in their final moments, knowing that if the cat had been neutered, they would not have been out roaming and fighting and consequently catching these incurable diseases.

Finally, AIN would like to say a huge thank you to the Laghey Blast Festival for their generous €500 donation to the animals.

Many thanks also to St Francis School in Barnes who held a bake sale which raised the fantastic sum of €100 for AIN's rescued dogs and cats.

With Christmas fast approaching, if you would like to donate a pet toy for the fostered animals to play with on Christmas morning, AIN's Santa Paws Pet Toy Drive is underway at various outlets around Donegal.