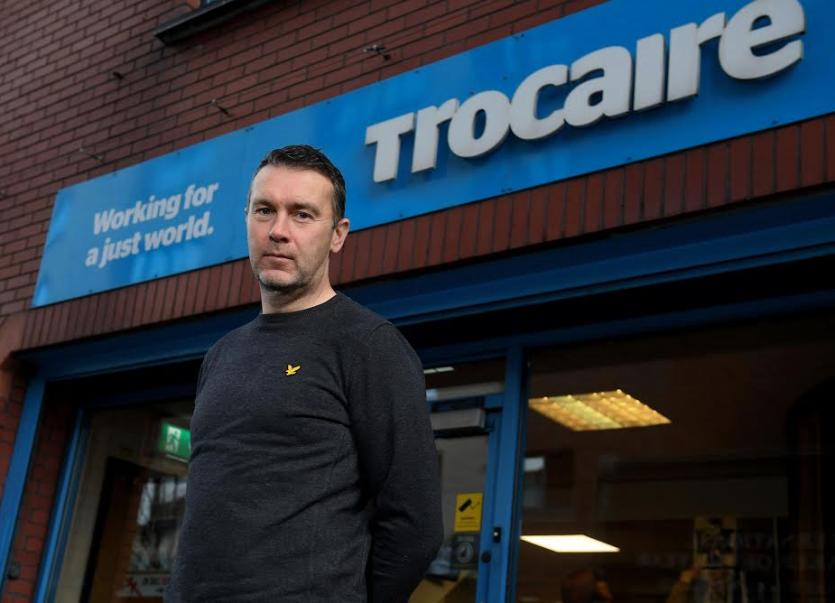 Ulster GAA star Oisín McConville travelled to Gaza with Trócaire to highlight their Christmas Appeal, which will help to support families who are living in conflict zones around the world.

This week the overseas development agency Trócaire launched its Christmas Appeal with an urgent call from the charity’s north-west development officer, Roisin O’Hara, for people in County Donegal to support innocent families who are caught up in wars and conflicts around the world.

“Where Trócaire works, millions people have known nothing but war and have lived through constant conflict since they were born,” said Roisin.

“Trócaire is working to protect them and keep them safe. We are asking the public to support us and make sure these innocent people aren’t forgotten this Christmas.”

According to Roisin, families fleeing conflict urgently need food, shelter and healthcare this Christmas in many of the countries where Trócaire works.

“Millions of children around the world have known nothing but conflict in their lives. Their lives are on hold because they are living in war zones. It seems that in many cases the world has forgotten these children. This Christmas we want them to know that we haven’t forgotten them,” she said.

“The figures are frightening” said Roisin. “In Syria, Somalia and Gaza alone, where Trócaire works, an estimated 19 million people have known nothing but war – children have lived in conflict zones since they were born.”

After eight years of war 6.7m people (approximately half of the entire Syrian population) have been forced to leave their country. In Somalia there has been an ongoing conflict since 1991 and currently half of the population (6.2 million people) is experiencing severe food shortages with millions requiring life-saving assistance. Meanwhile the Israeli-Palestinian conflict has resulted in close to 2 million people in Gaza (80% of the population) relying on humanitarian assistance to survive.

Ulster GAA star Oisín McConville travelled to Gaza last week with Trócaire to highlight the Christmas Appeal. The All-Ireland winner said, “I’m not political, but there’s no doubt about it that this is a political situation and you can’t get away from that, even if you just try to look at it from a humanitarian perspective. People need to speak out about it. I only had a basic understanding of the conflict heading over, but it’s obvious that the 2 million people in Gaza, living in an area around thirteen times smaller than Co. Donegal, are suffering and they need our support.”

“Donating to Trócaire’s Christmas appeal will help people born into some of the longest-running conflicts in the world,” said Roisin O’Hara. “We are grateful and thankful for the support we receive from the people of Co. Donegal each year. Their support directly impacts families and communities around the world and that is why it is so vital this Christmas.”

According to Trócaire, the agency will deliver food, shelter, medicine and protection to innocent people living in war zones around the world thanks to the donations it receives this Christmas.