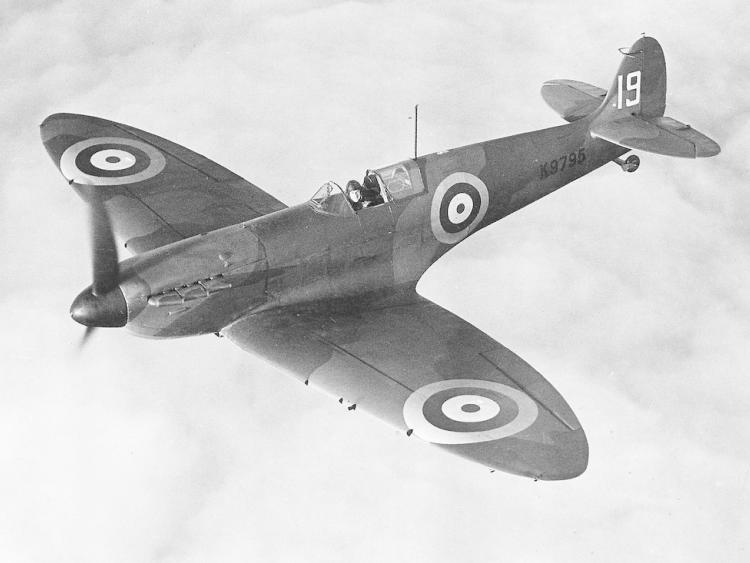 A Supermarine Spitfire IIa similar to the one that crashed in Ardara. Photo: Wikipedia.

A RAF Spitfire was forced to make an emergency landing on a Donegal beach on this day back in 1941.

The pilot was a member of the Royal Canadian Air Force, F/Sgt Guy Duncan Fowler, and he exited the aircraft without any serious injury after making a wheels-up landing at Clogher Strand, near Ardara.

He was taken into custody by the local members of the Local Defence Force (LDF).

The landed was recorded as being made at 12.50 pm, not long after he had been observed by the the Look Out Post (LOP) at Mullaghmore in Sligo at 12.24 pm.

According to the report on the matter it was then seen by the local Garda and LDF in Clogher and Ardara and observed losing height and flying behind nearby hills.

The Republic of Ireland (then officially called Éire) was neutral in World War II.

Sgt Fowler was taken into custody by District Adjutant Shevlin of the LDF and held by the local Garda before being taken to the Rockhill army barracks in Letterkenny.

The following morning, he was taken to the Curragh via Athlone and was taken into internment at 17:20 that evening.

F/Sgt Fowler told the Army officers that he had become lost and had landed before he ran out of fuel. He also stated that he was delivering the aircraft from the Isle of Man to Limavady.

Reports at the time recorded that the plane had landed on the beach below the normal high water mark, and up to 80 people were involved in dragging it up to a higher position.

The aircraft, which had only minor damage, was dismantled over the following week and take to Baldonnel aerodrome in Dublin.

It was one of three Spitfire aircraft that crashed in Co. Donegal during World War II.