"A solid investment in a real jewel of the north-west” 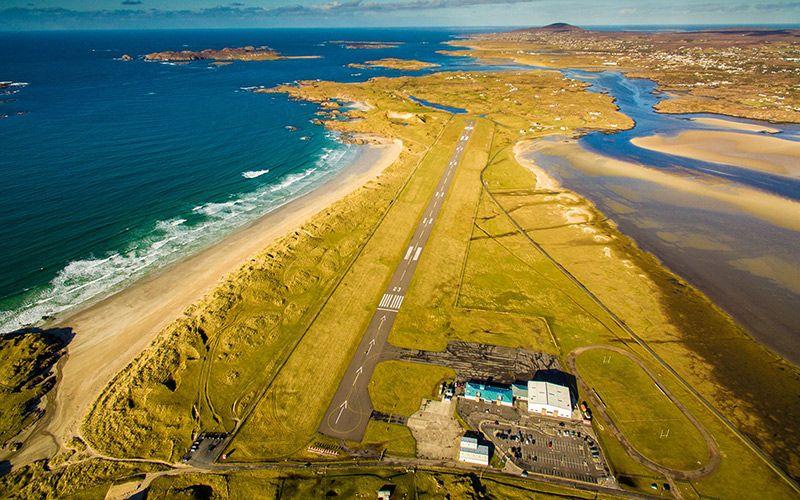 “The Government investment of €688,922 in Donegal Airport at Carrickfinn is a solid investment in a real jewel of the north-west,” Minister McHugh said.

The Minister for Education and Skills said: “We have seen many reports of how precious the place is for tourism and putting Donegal on the map as it topped a poll for the last two years as the most scenic airport in the world.

“Carrickfinn has beat off stiff competition from places in the Caribbean, the south of France and the Western Isles in Scotland to take the accolade.

“And strong Government support like this continued investment is essential to keeping Carrickfinn ahead of the pack. It is also cements the work at the airport apron, air traffic control systems and safety that was funded with almost €900,000 earlier this year.

“The investment will support operational costs including necessary safety and security but it also points to the value that the Government places on the role of regional airports in supporting tourism and business in the north-west," he said.

“I have recently met with Minister Ross where I emphasised the importance of developing road and air access into the Donegal region. The significance of Donegal airport to the economic and social development of Donegal cannot be understated, accordingly, I very much welcome today’s funding announcement in grant aid towards the operating costs of the regional airport in Carrickfinn.

“This funding is provided through the Regional Airports Programme, which supports necessary safety and security investments and activities and recognises the important role regional airports have in supporting the tourism and business sectors in their regions due to the level of international connectivity that they facilitate. Earlier this year funding was provided to Donegal airport toward the extension to the apron at the airport."

He added he had also been informed by the minister that a new Regional Airports programme is being finalised.

"The current programme which ran from 2015, provided €38 million to regional airports. Following the completion of the recent public consultation process a successor Regional Airports programme (2020-2024) is being finalised and will be announced early in the new year. Current funding of €11.8 million will be available for regional airports in 2020 ensuring a dependable level of operational support can continue to be provided," he said.