Donegal woman stole €760,320 from her employer over a six-year period 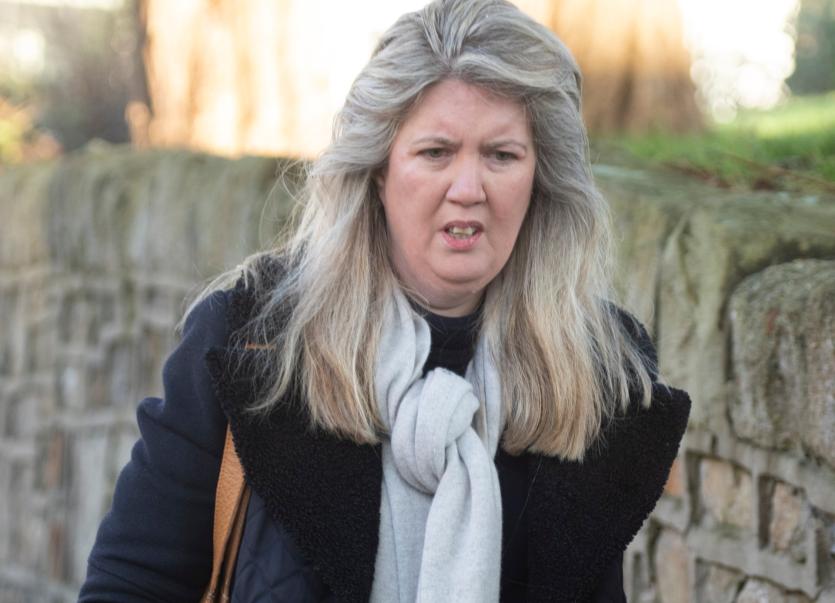 A 47-year-old woman who stole €760,320 from her employer over a six-year period has pleaded guilty to 20 sample counts of theft at Donegal Circuit Court.

The court heard that 47-year-old Tara Sweeney, The Glebe, Donegal town had spent most of the money on high-end fashion goods.

The separated mother-of-one pleaded guilty to the 20 sample counts which related to a period from 2009 to 2015 from her employer, Donegal Educational Centre Floor 2/3, Pier 1, Quay Street, Donegal town which came to a total of €76,601.69

The defendant had originally faced 44 charges of theft and one charge of dishonestly appropriating documents.

The defendant was employed as an accounts administrator with full access to the payroll and seven bank accounts, the court heard.

Her employer became suspicious in June 2015 after €173,000 had been taken from the company with invoices that benefited Tara Sweeney.

When her home was searched in August 2015, gardaí found 10 refuse bags with a large number of documents from the centre.

And an expenditure analysis of bank accounts in her name by a specialist firm showed electronic credit transfers of €760,320 in a total of 46 transactions.

Detective Garda Kieran O’Brien, when questioned by State Prosecutor Patricia McLaughlin BL, said the bulk of the money was spent on high end fashion goods on Pay Pal and Amazon. One of the payments was for €26,000.

When questioned by gardaí the defendant said she did not realize the amount she had stolen and thought it was around a total of €250,000 to €300,000.

The court also heard that a sum of €51,567 had been stolen from what was other employees’ wages.

The defendant admitted her part in the fraud in 2016, the court heard.

She admitted using the names of different companies to hide the fact that she was stealing from her employer.

And the defendant also admitted using a credit card in the name of another company employee.

The court heard the goods bought by the defendant were high end fashion items which were discovered in bags and boxes in her home.

The court was told the goods were not bought for personal gain but for the ‘buzz” she got from buying.

The defendant knew she was going to be caught when she resigned from the company in 2015.

The court heard the defendant was facing High Court proceedings from her former employer in relation to the theft and steps were being taken for the repossession of her home also.

Tara Sweeney told the court she was deeply sorry for the hurt and distress her actions had caused.

She said her job was very stressful and she bought the items to make herself feel better.

The defendant had not gained any benefit from the purchases.

Her young son was having remarks made to him by other children.

The court heard her mother had died in recent years which had an effect on her.

Defence counsel Peter Nolan BL said a Probation Report showed the defendant had made no personal gain from the thefts.

He said the thefts were a form of addiction and she had lived a blameless life up to that point.

The defendant was assessed at being at a low risk of re-offending.

Psychiatric reports assessed the defendant as not suffering from any mental illness although she was depressed in 2015 and was on anti-depressants.

The defendant was described as a loner.

She felt horrified by what had happened and for the consequences in Donegal town.

Mr Nolan said her behaviour was catastrophic in a “local community where she had a high standing.”

The defendant had no job, no prospects of a job and had become a ‘pariah’.

He said she had engaged in criminal activity but she “was not a typical criminal.”

The defendant had lost her mother in recent years and her relationship had broken up.

The counsel said all of the items bought had been unopened and were currently in Ballyshannon Garda Station.

The defendant was prepared to put up her house which was worth €200,000 as compensation, the court heard.

It was a very serious case but in pleading for mercy for the defendant, who had never been in trouble before. Mr. Nolan pleaded that sending her to jail would not help.

Judge John Aylmer said he would put back sentencing to the next sitting of the court in March.