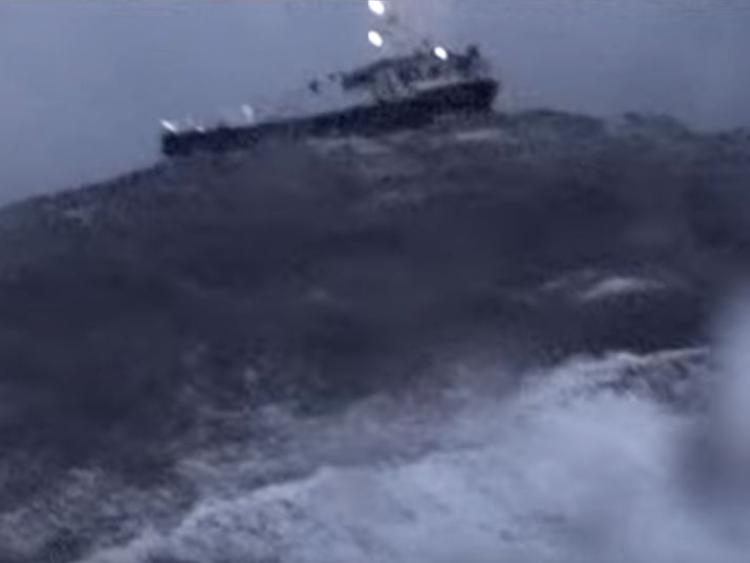 The fishing vessel at the centre of a major rescue operation last weekend in gale force winds and stormy seas off the Donegal coast has been involved in two other significant incidents within the last two months, it is revealed today in the Inish Times and Donegal Post newspapers.

Prior to last weekend’s dramatic incident, the ‘Sean Óg 2” was rescued by another RNLI lifeboat on Tuesday, December 6, when it lost all method of propulsion 12 miles west of Mingulay, one of the remote Outer Hebrides islands off Scotland.

The Stornoway Coastguard tasked the Barra lifeboat in very stormy waters with wind gusts in excess of 50 mph, and it towed the vessel to safety.

And on Monday, November 2, the ‘Sean Óg 2’ reported a collision with the giant 81,000 tonnes container ship ‘Atlantic Sea’ (pictured below) 40 miles north of Malin Head.

The fishing vessel suffered damaged to the wheelhouse and railings, and it subsequently headed to Killybegs for repairs. The ‘Atlantic Sea’ continued on its voyage from Liverpool to Hamburg.

An investigation was subsequently launched.

Last Saturday, three lifeboats - from Arranmore, Lough Swilly (Buncrana) and Portrush - were tasked to assist the ‘Sean Óg 2’ which encountered engine problems 20 miles north of Fanad Head - and it was eventually towed to safety to Rathmullan after a rescue operation that lasted over 12 hours.

Joe Joyce, Lough Swilly RNLI Lifeboat Press Officer said: “While challenging for our crews, this call out was a huge testament to the level of training RNLI volunteers undergo. Lifeboat crew members are highly trained and skilled to carry out such challenging work and thanks to the generosity of the public, we are provided with the best of equipment and technology to save lives at sea.’

The ‘Sean Óg 2’ is owned by the West Coast Crab Limited in Mayo and its home port is Westport.

The “crabber” has two rotating five-man crews, one comprising Irish fishermen and the other being from Latvia. 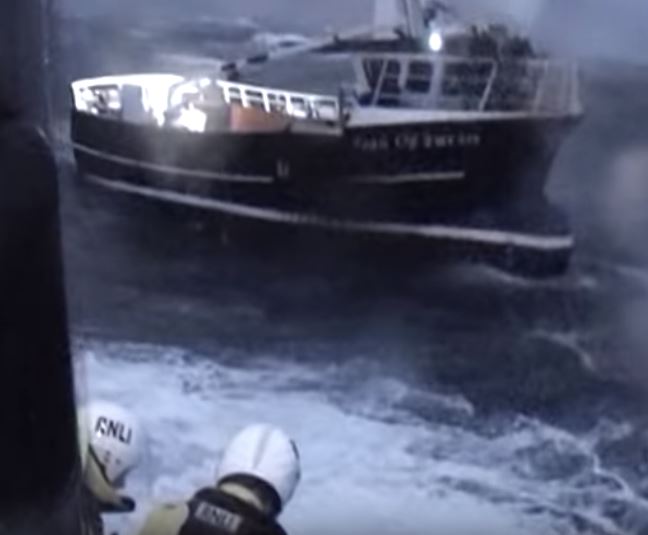 A spokesman for owners expressed his gratitude to the RNLI for its work. “I would personally like to thank them for the fine job that they did,” he said, adding that the Welsh-built ‘Sean Óg 2’ had never had any problems before and ran like clockwork.

Most of the crab landed by the ‘Sean Óg 2’ goes to crab factories in Ireland.