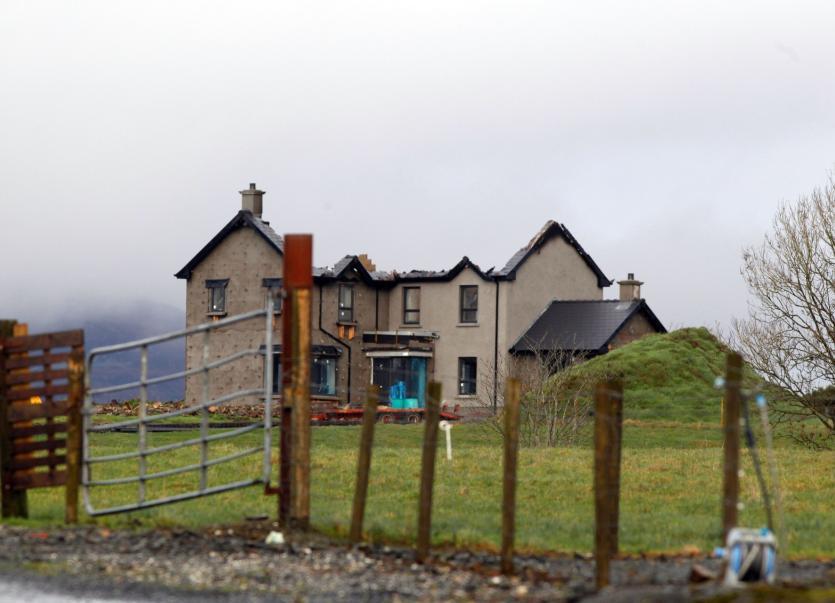 The family home that was gutted in the arson attack

An appeal for information on the anniversary of an arson attack where a young family’s new home was destroyed by fire has not yielded any results to date.

They expected to move into their new home at Ballykeeran, Kilmacrennan, in January 2019, but around 2am on Sunday, December 16, 2018 they were the victims of an arson attack.

The fire gutted their newly built home, causing damage of up to €300,000. Their prospective new home had been in construction and was completed to roof level, but following the malicious fire the work that had been carried out was destroyed.

A garda investigation into the incident remains open and recently an appeal was renewed for information in connection with this matter.

Gardaí said they were anxious to hear from anyone who was in the vicinity or who saw any unusual activity in the area and are urging those with information to come forward.

One year later, the family have not yet been able to complete their home as a result of the complications caused by the fire.

A spokesperson for the gardaí this week said there were no updates at this time and investigations were ongoing.