All the results from annual fundraising draw 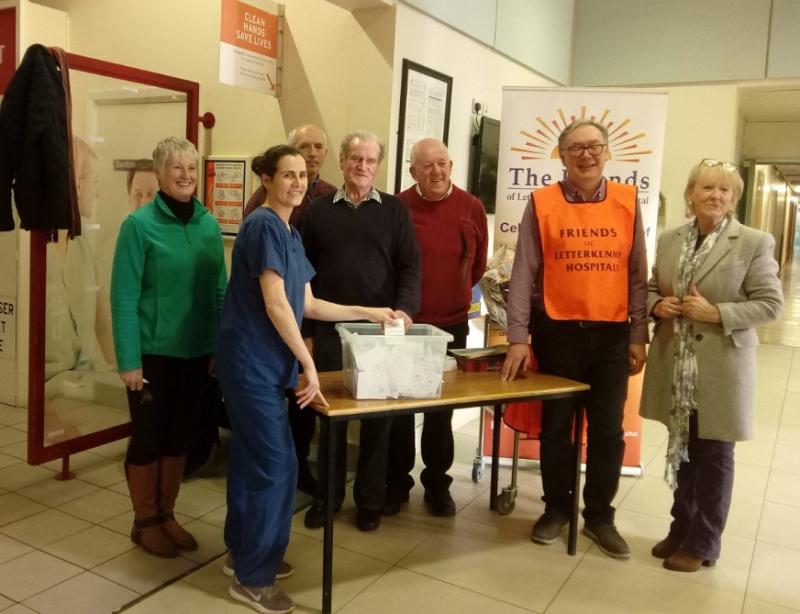 The Friends of Letterkenny University Hospital would like to thank all those who supported their annual Christmas Hamper draw.

Over €8,000 was raised in the draw - a fantastic effort by all involved.

Fourth prize of a box of chocolates was won by Harry Burke, Letterkenny, ticket number 2239.

Fifth prize of a bottle of wine was won by Mark Carr, Fanad, ticket number 1197.

A big thank you is extended to Peter Cutliffe who co-ordinated the ticket selling for the draw.

Thanks also to Martin Kelly of Kelly’s Centra, Mountain Top, Letterkenny and Hugh Whoriskey of Eurospar, Ramelton for facilitating ticket selling in their stores.

All the proceeds from the draw will go towards the purchase of an EP Mapping System for the Cardiology Department in Letterkenny University Hospital.