Do you recognise anyone in this photo taken in Donegal in 1980?

Old photograph stirring up a lot of memories and nostalgia 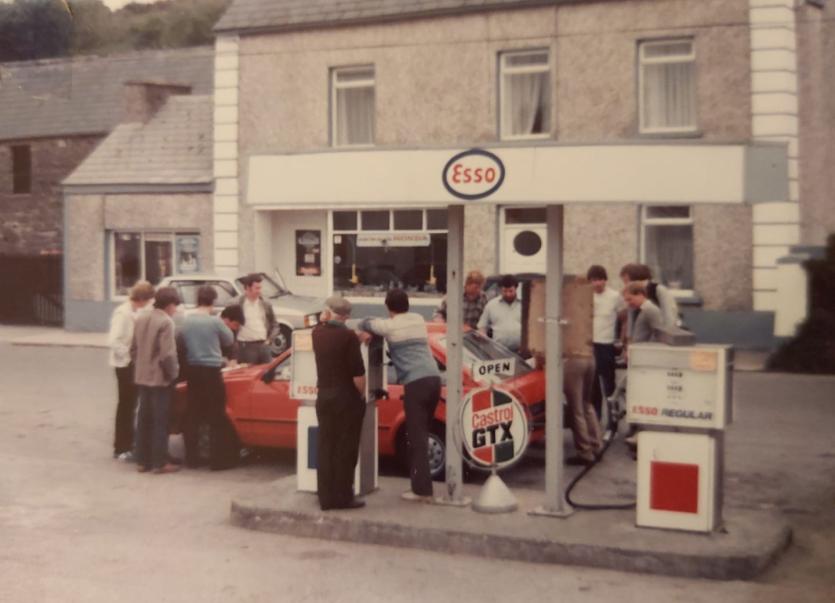 A photograph capturing an almost forgotten Sunday pastime among car enthusiasts in south Donegal has generated huge interest locally and on social media.

Desmond Kee of Kee’s of Laghey came across the photo and was immediately captivated.

He said: “We were going through a lot of old photographs over Christmas and came across that one and some other ones. That one piqued my interest because there was a lot of people in it.

“I recognised some of them but there were a few I wasn’t sure about.”

“There has been a phenomenal reaction,” he said. “It has gone around the world twice!

“We got comments from Australia, America, Scotland, Canada, and that’s just people who we know where they are in the world. They would be people who lived in Laghey or who would have family connections here. We have a diaspora all over the world.”

Mr Kee is trying to find out the names of everyone in the picture.

“A lot of names are being suggested,” he said. “In fact we have more names than we have people at the moment. But I would say we have about 95% of the people definitely named.

“When I am sure of all the names and I know that people are happy to have their names posted, I will put it up again.”

The event captured in the photograph was a Macra na Feirme economy run.

Mr Kee recalls these events from his childhood.

“They weren’t just run by Macra na Feirme,” he said. “Other organisations did them too.

“People would  fill up a car with fuel and then the fuel cap would be sealed. They would have a certain route to follow.

“When they came back and filled up the car again, the winner would be the most efficient car.”

Mr Kee believes the photograph was taken around 1980 and that the pictured red Ford Escort was locally owned.

At that time, Kee's fuel pumps were on Main Street, Laghey. They are now located on the main N15 road.

The photograph has brought back many memories of that era for people from Laghey, not least for Mr Kee himself.

“When I actually dug it out there were a few things in that picture that brought back a flood of memories,” he said. “It’s certainly a trip back in time for me.”

Anyone who wishes to see the comments and reaction from around the world can visit the Eurospar Ireland (Laghey) Facebook page.