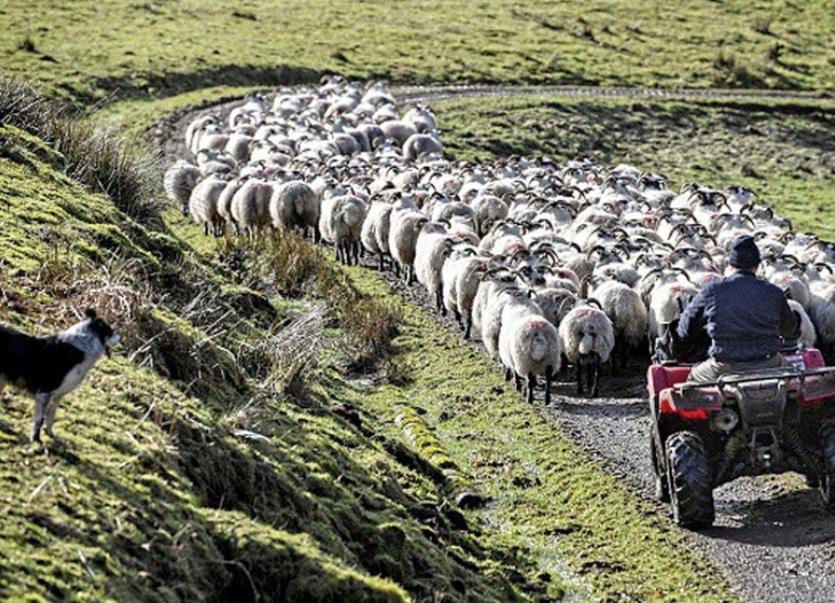 Concerns sparked by the forthcoming reforms mooted for the Common Agricultural Policy have prompted the Irish Natura and Hill Farmers Association, (INHFA), to organise a public meeting next Wednesday night, January 8.

This reform will see significant changes in the make-up of schemes that will impact on farmer’s income through the coming decade.

The meeting, which starts at 8pm, will be held in the Mount Errigal Hotel Letterkenny and county TDs have been invited to attend. INHFA national president, Colm O'Donnell will also be present while Vincent Roddy, director of organisation, will make a presentation on CAP.

Speaking in advance of the meeting county chairman, John McConway, said payments made through the CAP were “a vital part of farmer income in Donegal".

"Each year Donegal farmers receive over €55m in Pillar 1 payments which includes the basic income and greening. These payments have increased by over €13m through the current CAP programme and if we continue on the convergence model towards the full flattening of payments - to €250/ha - then farmers in Donegal would see a further €17m come into the county.”

He said while the upcoming CAP plans had the potential to deliver major gains for farmers in the county, there was no guarantee that this would happen.

"Currently payments made through Pillar 1 have benefited larger land holders on better land as exemplified through the Greening payment. Here we see many farmers receive less than €50/ha for adhering to specific measures relating to climate change while others receive over €200/ha for adhering to the exact same measure.

"In the INHFA we are working to ensure that issues such as these are resolved but we need the support from farmers to help make this happen.”

In addressing issues around new schemes such as the proposed eco-scheme, Mr McConway stated that the conditionality around these schemes could pose problems, even for those who were farming to very high environmental standards.

"These issues as well as concerns on some GAEC proposals we are working through with officials in the EU Commission and are hopeful of a positive outcome. On Pillar 2, which covers the ANC, GLAS, sheep welfare and the BDGP there is an opportunity to deliver significant support for our suckler and sheep sectors provided our Government is willing to back it with the required funding.”

The county chairman encouraged all farmers to attend stating a good turn-out would send a very strong message to all public representatives who would have a major influence on the final CAP outcome.