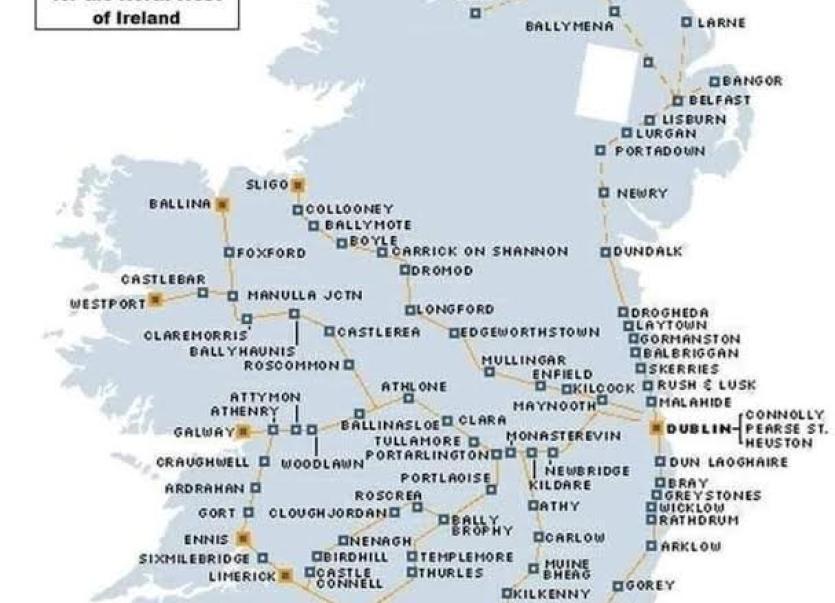 Independent Donegal County councillor, Micheal Choilm Mac Giolla Easbuig, has this posed the age old question - "do we not deserve rail infrastructure like the rest of Éire or are we that irrelevant in the eyes of Dublin and London"?

The outspoken west Donegal public representative has voiced the concerns in his latest Facebook post and indeed expressed anger that many in the north-west feel and with an election on the horizon.

He points to the fact that with the 60th anniversary of the closure of the rail system (December 31), just passed, all the other political parties have failed miserably to redress the imbalance compared to the rest of the country. 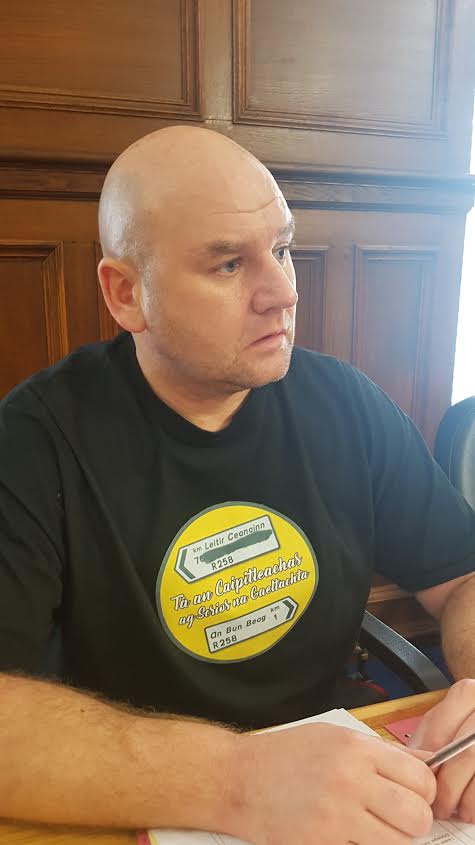 "Fine Gael, Fianna Fáil, Progressive Democrat Party, The Labour Party, The Green Party and a handful of right-wing independent have deliberately choked much needed funds and infrastructure to sustain our communities in the north-west. Regional government might serve us better," he said

The railway map of Ireland which he has reproduced in his post is one from Into The West - The rail campaign for the north-west of Ireland shows a big void in the north-west (with no scheduled trains in Donegal, Tyrone, Fermanagh, Cavan and Monaghan) the county was once a hive of railway activity.

Cllr Mac Giolla Easbuig has consistently vented his frustration at council meetings saying the county was crying out for decent transport infrastructure for decades.

He has also pointed out that with no immediate plan in development, the north-west’s talented workers will continue to emigrate, thereby contributing to the prosperity of other, better invested areas.