Another strong showing for Letterkenny in 2019 litter rankings

Fewer clean towns than in 2018 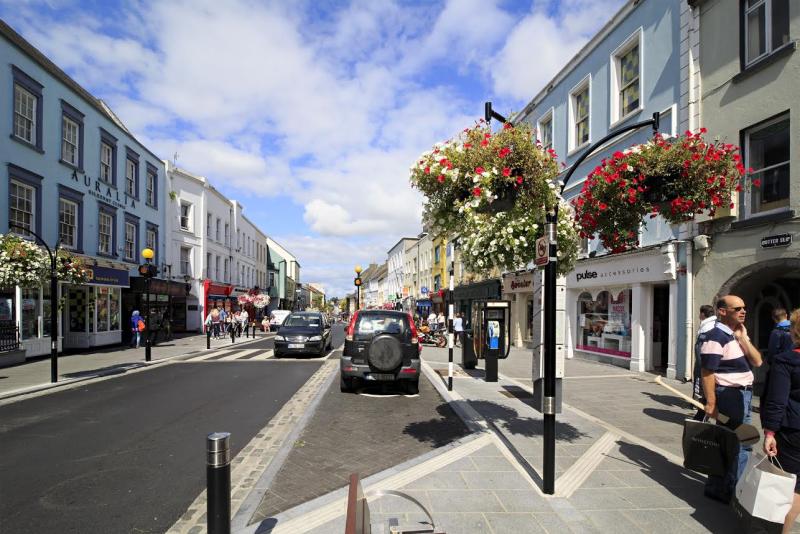 Letterkenny has retained its Clean status according to the final litter survey of 2019 by business group Irish Business Against Litter (IBAL).

It is in 18th position in the ranking of 40 towns and cities, a slight drop on last year’s 14th spot. The survey showed overall litter levels in Ireland’s towns were up on a year ago.

The An Taisce report for Letterkenny stated: “Another strong performance from Letterkenny, with over half the sites surveyed getting the top litter grade - examples included IDA Business Park and Little Angels Primary School and all appeared in good order at the Managed Recycle Centre. By far the most heavily littered sites in Letterkenny were Long Lane and the grounds of Letterkenny Hospital.“

Kilkenny topped the IBAL litter rankings for a record 4th time, having last won in 2014. It finished ahead of Killarney, which was 3rd in 2018, and Swords at the top of the table.

In all, 21 of the 27 towns inspected were deemed clean, a great result but down on previous years. Galway edged out Waterford to claim cleanest city as it enters its year as European City of Culture.

The city areas of Galvone in Limerick, Ballymun in Dublin and Cork Northside were ‘littered’, with Dublin North Inner City at the foot of the rankings.

“In 2019 we saw an unwelcome increase in isolated heavily littered sites within many towns, among them Letterkenny, which brought down their scores,” said Conor Horgan of IBAL.

“Citizens and tidy towns groups need to push local authorities to focus on these sites and ensure they are clean for when IBAL revisits them in 2020.” 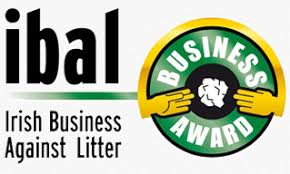 The past decade has brought a 13% reduction in litter levels in our city centres, while litter in towns has remained constant over the same period.

“We’ve seen the fruits of the greater attention given to keeping our city centres clean,” explains Conor Horgan, “to the point where they are now almost as clean as our towns. In 2019, for the first time, all were deemed clean.”

IBAL has been surveying disadvantaged city areas over the past five years but has seen little reduction in litter over the period.

Sweet wrappers, chewing gum and cigarette butts remain the most common forms of litter on our streets.

“Perhaps no one item illustrates the link between litter and the broader environment better than the cigarette butt,” contends Mr Horgan.

“Cigarette filters are essentially single-use plastic which readily winds its way into our sewers and rivers, adding to the problem of plastic pollution, which threatens to see more plastic in our oceans than fish by 2050. Yet every day we see people nonchalantly flicking butts onto our pavements.”

From next year, an EU directive will force tobacco manufacturers to cover the cost of cigarette butt collection and processing in an effort to drastically reduce the numbers of cigarettes disposed of in the environment.

“Alongside regulation, we would like to see active recycling of butts, which would encourage their proper disposal, as once a butt is littered on the ground, it cannot be recovered.”

Irish start-up NoButts.ie is turning butts into cellulose acetate for re-use in sunglasses and other products and is looking to set up supply arrangements with local authorities.

IBAL is offering to facilitate the setting up of a pilot programme to recycle butts in Kilkenny, as winner of the League. In addition, a number of trees will be planted courtesy of The Tree Centre in Fermoy. 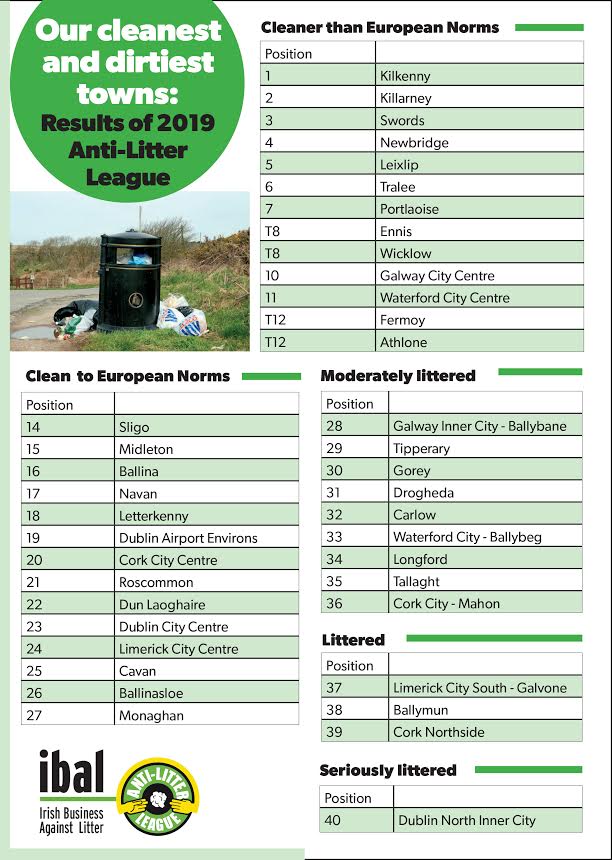