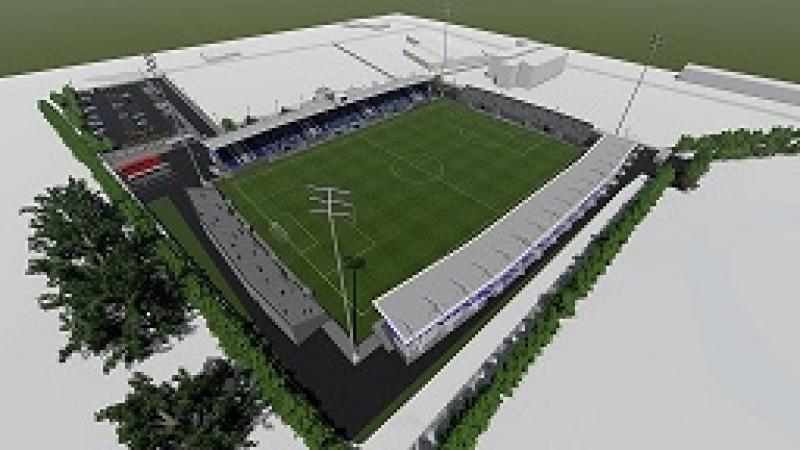 An artists impression of the new Harps stadium in Stranorlar

The Government has been accused of making false promises and had failed to deliver the major €6.7 million project that is the long-awaited new Finn Harps stadium in Stranorlar.

Leas Cheann Comhairle, Pat the Cope Gallagher TD said he was shocked that the Minister for Transport, Sport and Tourism had totally reneged on his commitment to deliver the next phase of the Finn Harps stadium.

"Last year €304,000 was allocated in order to prepare the project for substantial works in 2020, this was directly advised by both department Officials and representatives of the Government. 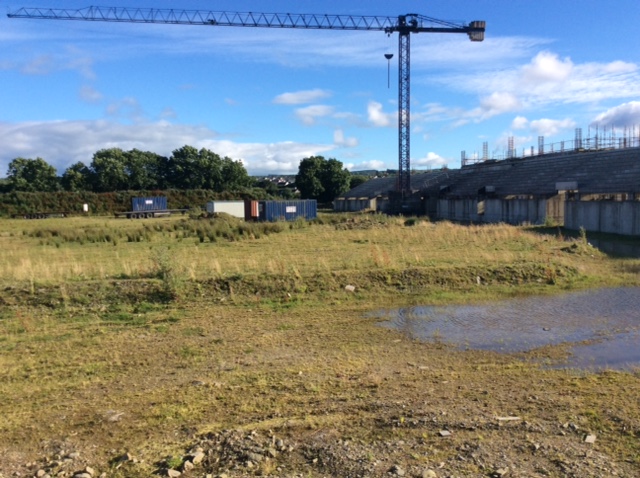 An early shot of the new stadium development work

"€304,000 has been approved by the Department of Sport under the Sports Capital funding in 2019. The allocation was made to hire a design team and to prepare a bill of quantities for phase one of the project.

"Finn Harps delivered on their end of the bargain and completed the tasks placed on them by the department. The board of the club have put major effort and work into this project over the past number of years and none more so that in the past twelve months in preparation for this years funding, " stated Pat the Cope.

He added that a major capital application was submitted for the 2020 allocation of Sports Capital Funding.

"The entire purpose of the funding allocation in 2019, was to prepare an application for major funding in this year’s allocation. The department clearly told Finn Harps that they wanted this project to be completed and taken off their books but their words were not followed by direct action or the political will to deliver the project for Donegal," said Deputy Gallagher.

The current Finn Park in Ballybofey

"The €6.7 million project is now left in limbo by the lack of commitment of this Government to deliver this much needed facility for the county, false promises were made by Government representatives in terms of delivering this project.

"Real concerns now exist that unless funding is committed to this project then the works already started will deteriorate and crumple on site, due to the fact of being left in an unfinished state for so long.

"There is no logic in the decision not to fund this project, works are already commenced on the stadium and a clear commitment was given that funding would be made available in 2020, but like so many Government commitments they were half-hearted and piecemeal – given only to get over the moment while no follow on or real delivery was intended on their, said an angry Pat the Cope.

"I am calling on the department to conduct a full review of this debacle on their part, and I will be requesting a meeting with the minister as soon as the Dáil reconvenes. Finn Harps deserve better treatment from this Government, today’s decision to leave them without funding once again is a disaster," he said.