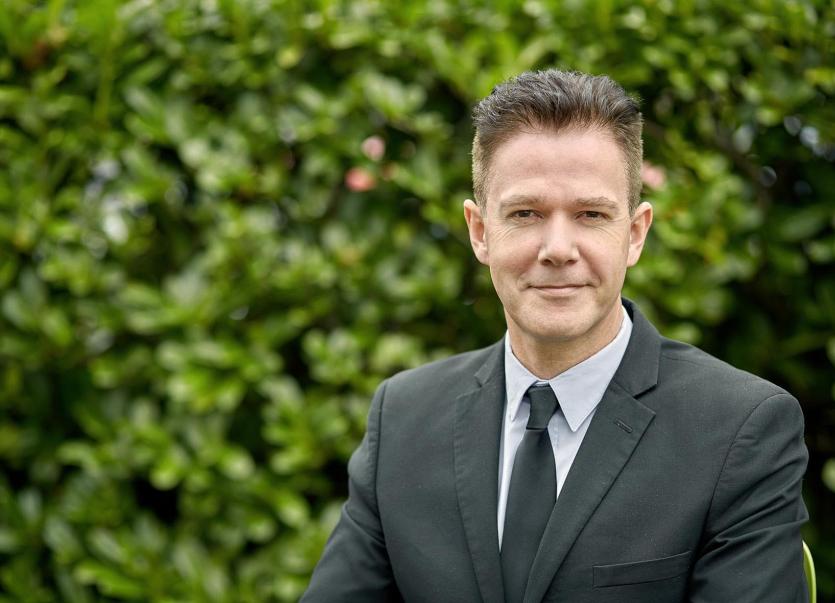 Inishowen man Michael White has been chosen as the Green Party election candidate for Donegal.

Originally from Moville, Michael attended school in Moville and Carndonagh before going on to study Computer Science at Trinity College Dublin.

He worked for periods in Kenya, Colombia, Jamaica and Malawi. On returning to Dublin he worked with Siemens Guardeonic, Misys Corporation, Deloitte and Elavon.

Michael moved back to his native Donegal in 2005, working with Derry based software firm Singularity before co-founding a software startup in 2011.

He now lives in Greencastle with his wife Annmarie and their twin sons Lochlainn and Finn who attend Coláiste Ailigh in Letterkenny.

Michael joined the Green Party in 2017 and has worked with other members to re-establish the party in Donegal over the past three years. In his spare time he rows with City of Derry Boat Club and is a keen jogger.

As an indication of the Green Party’s focus on Donegal, the National Executive has selected Letterkenny as the location for the Party’s Annual Convention in June, which will bring more than 600 delegates from across the country to the county along with national media.

Speaking after his selection as a general election candidate, he said: "The UN’s panel on Climate Change says we have less than 10 years to avert catastrophic climate change. While we can all make individual changes, we now need serious action from national government before it’s too late.

"This means changes in how we heat our homes, travel to school and work, produce our energy, and use our land. We believe we can do this and revitalise communities across Donegal at the same time through better transport, more tourism and new job opportunities.”

“We want to make public transport cheap and effective in Donegal, including supporting more routes and greater frequency and re-establishing rail links to the rest of the country.

"As a party, we have committed to allocating 20% of the overall transport budget to the North West to make this happen.

“We want to reduce inequality by focusing on education, housing and healthcare - and ensuring that everyone in Donegal has access to high quality public services.

“On Healthcare, access to health services is a real issue for people across the county. I want to prioritize support for community hospitals, seek to increase resources for Letterkenny General Hospital and increase investment in rural GP practices”.

“In Agriculture, we want to prioritize small family farms and work closely with farmers across Donegal to promote policies that are good both for them and the environment.

“The science is clear – time is running out.  The climate emergency will have a real impact on Donegal.  The Green Party is the only party in the country with a single-minded focus on climate change and the environment.

"We have a plan that will help Donegal achieve carbon emission targets by 2030, while also creating jobs and protecting key public services like Health and Education.”