“Our farmers are being pushed off the land" 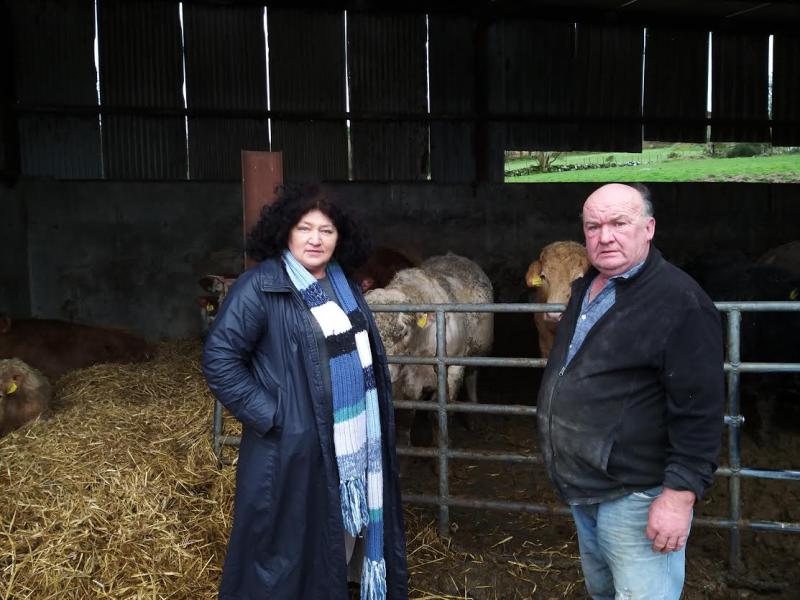 Aontú general election candidate, Mary T Sweeney, discusses the crisis in the industry with farmer, John McGeehan from Glenkeeragh, New Mills which is outside Letterkenny

"Farmers in Donegal are frustrated. They are really fighting for their livelihood while facing a lot of negative spin. The Government are effectively ignoring them and the fact that they produce a premium product, this cannot go on.

“It’s a huge challenge in Donegal for our farmers to make a living with prices being so low, a base price of €3.60 /kg means severe losses, so it's very urgent that something is done to correct this situation. There are also anomalies in terms of labelling by some retailers that must be addressed”.

"For example, due to complaints from farmers, the HSE has received two complaints from the Food Safety Authority of Ireland (FSAI) in relation to beef labelling in two convenience store premises.

"I think the issue of Fairtrade has to come into all of this as well, as farmers have to adhere to very serious standards and regulations. We need to support them as they support the rural economies. The fact that farmers attending the Beef Task Force are not allowed to discuss price is ridiculous as price is the most crucial thing for farmers who are on the breadline.

“Our farmers are being pushed off the land, all of which is happening against the backdrop of Brexit which will put further pressure on agriculture while the Government plans to increase imports of cheap beef from Brazil" said Ms Sweeney.

“We in Aontú have proposed a bill to ban below cost selling of beef. This has already been done in a number of other sectors. We have been very disappointed that this helpful bill has not been progressed in the Dáil because of the lack of support of the other parties. The other parties playing politics with farmers' livelihoods is a disgrace," she said.