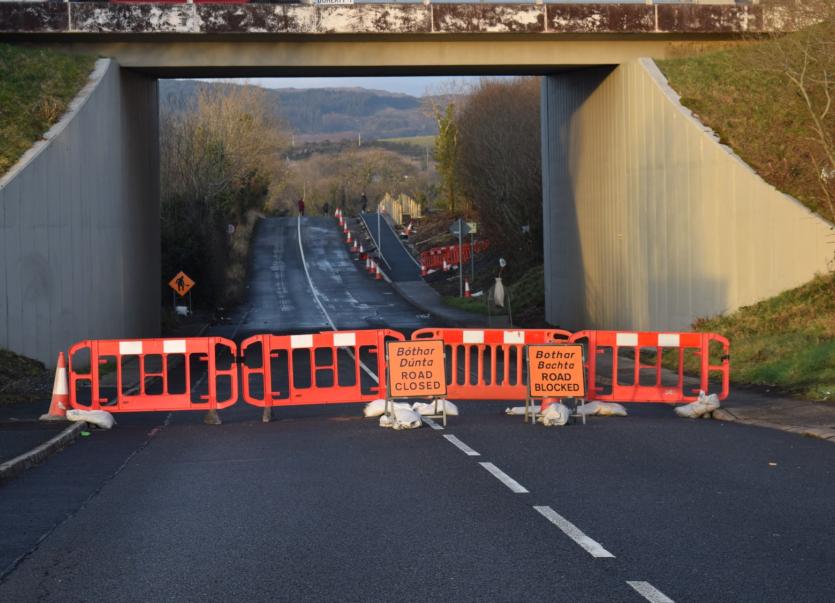 The Lough Eske road from Donegal Town to Killymard  is closed to facilitate bridge replacement works.

This is part of ongoing footpath construction and road resurfacing works.

Roads engineer with Donegal County Council, Donal Murphy told the Donegal Post: “We have that road closure in place until the end of this week. We are hoping to have the road partially open by Friday.”

A major project has been going on since October to make the dangerous stretch of road safer for pedestrians. A much-needed walkway is being built from the Drumrooske area to Scoil an Linbh Íosa and St Mary’s Church.

This is being done in conjunction with the Killymard community who have contributed to the early stages of the work. Landowners in the area have generously allowed their land to be used for the construction of the footpath.

Traffic disruption has been kept to a minimum since work began last October, but this closure was necessary for the current stage of the project.

Mr Murphy said that while the road will be open next week, resurfacing works will be carried out.

“Traffic control will be in place for the resurfacing works and delays can be expected,” he said. “Motorists should allow extra time for their journeys.”

That work is expected to be completed by January 31, bringing the major phase of the project to an end. Other minor works will be completed after that date, though no further traffic disruption is anticipated.

Donegal County Council would like to thank the public for their cooperation while these works are ongoing.