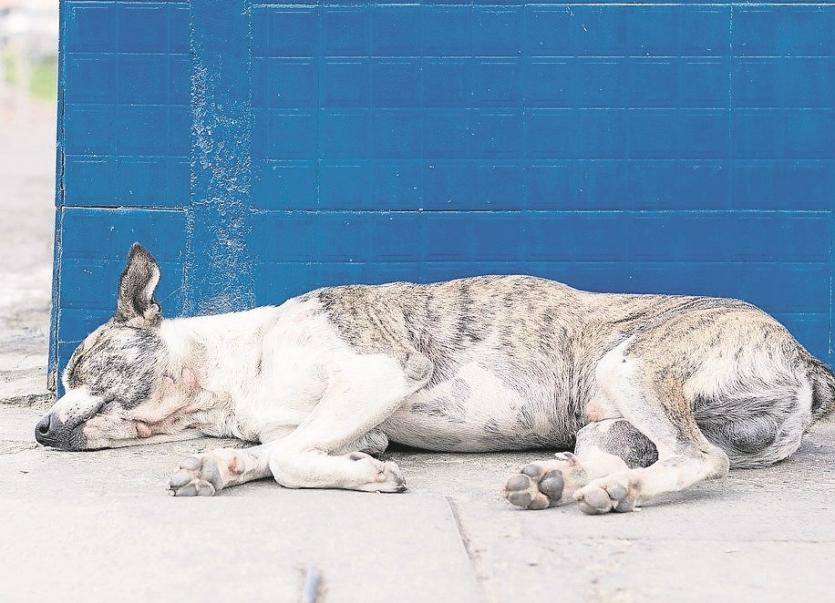 Concerns that at least five dogs have died from poisoning in Bundoran have struck fear into the hearts of pet owners.
All five dogs were young and healthy prior to the onset of the symptoms of poisoning. Needless to say, their owners are absolutely devastated.
Tara Lafferty of Animals in Donegal (AID) Sanctuary said: “The dogs had symptoms of heavy panting followed by renal failure. One little dog was taken to the vets. He survived a bit longer than the others but his organs failed one by one.
“In another case, there was a woman whose dog was panting when she went to bed and in the morning, it was dead.
“I have been told that the panting is as if the dog had been running on a summer's day.”
While reports of these dogs dying by poisoning go back over the last few months, at least two have taken place in recent days.
“One poor little fellow died on Tuesday night,” said Ms Lafferty. “It was living very close to a two-year-old collie that died two days earlier.”
These five dogs are the only known fatalities so far. There may well be other dogs and cats that consumed poison from the same source and never made it home. Furthermore, there is a risk that poisoned animals would end up being eaten, leading to a chain reaction among local wildlife.
It is not clear if the dogs that died were deliberately targeted, or if they consumed a toxic substance such as rat poison, weed killer or slug pellets.
“Some of these dogs were in a part of Bundoran where it is known that dogs are wandering,” said Ms Lafferty. “Personally, I believe that there is something untoward going on.
“But I think it is important too that we spread awareness about toxins that people have around their own houses, things like slug pellets and RoundUp that are toxic for dogs and other pets and wildlife.
“People could be using these and not realise the harm they can do.
“I would be very much in favour of organic alternatives.”
Use of rat poison is another major cause for concern, and has in the past led to the death of many pets who ate the poisoned rat or mouse.
Strict rules about use of poison are laid out in the Animal Health and Welfare Act 2013.
According to the Act: “The owner, occupier or person in charge of land shall not lay or cause to be laid a poison or a substance containing a poison on land unless, before laying the poison or substance, he or she erects or causes to be erected, and maintains, a notice or notices of the laying of poison upon the land so that at least one notice is clearly visible from every public place adjoining or being upon the land.”
The owner, occupier or person in charge of the land is also obliged to give at least seven days written notice in advance of laying the poison or toxic substance.
And if it is being laid as part of a programme for vermin control, seven days notice is also required, as are details of the proposed programme. This written notice should be made to the local authority.
Gardaí have confirmed to the Donegal Democrat that they are monitoring the situation and are making enquiries.
Ms Lafferty welcomed this investigation, saying: “There may be people reading this who had a dog that died with similar symptoms but did not consider that the dog might have been poisoned. If this happened to anyone, I would strongly encourage them to report the matter to gardaí.
“I would also be concerned that people might have buried poisoned animals in their gardens, meaning that the poison is in the ground and is still a danger.”
So far, no autopsies have been carried out on any of the affected animals.
“It costs at least €450 to do an autopsy on a dog,” said Ms Lafferty. “I understand that the high cost would put most people off.
“That is why it is so important that poisoning is reported as a crime. It is the only way to show the scale of what is happening. I would also encourage people to let me know.”
Anyone with concerns or information relating to this enquiry can contact Ballyshannon Garda Station on 071 9858530, Bundoran Garda Station on 071 9841203.
Ms Lafferty can be contacted via the Animals in Donegal AID Sanctuary Facebook page.