'We're behind you' say Donegal audiences 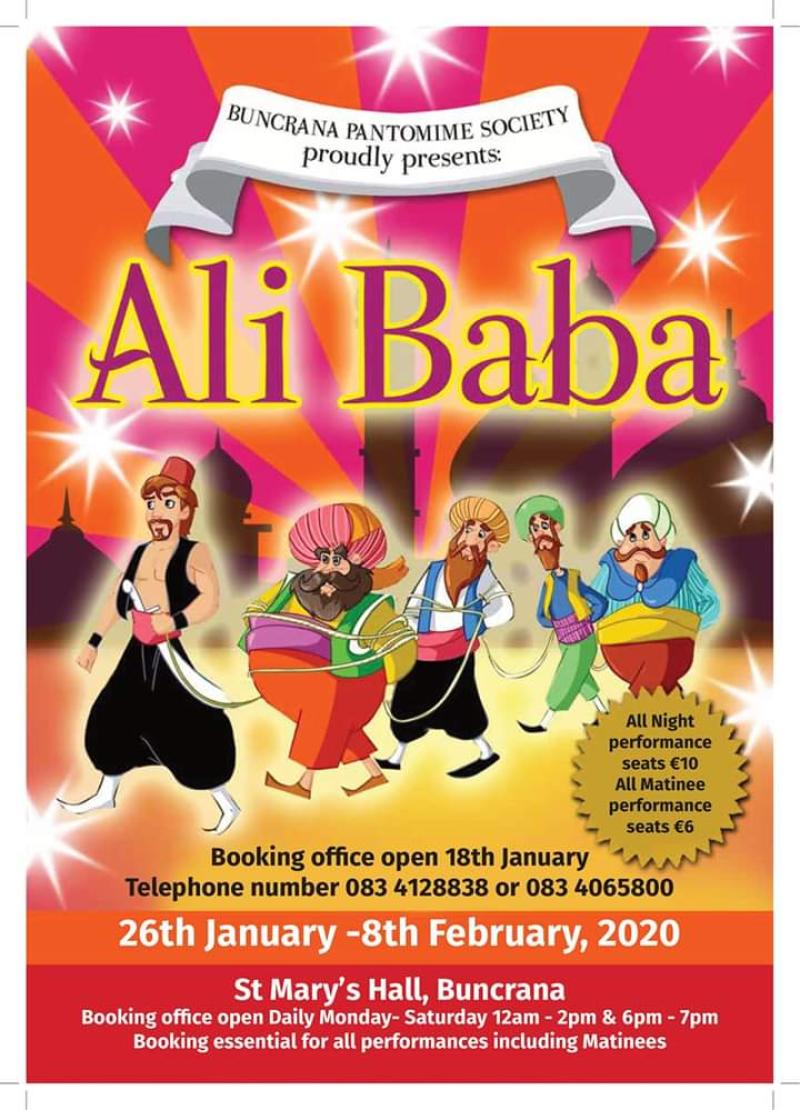 Fresh from the outstanding success of “The Adventures of Lorenzo”, Buncrana Pantomime Society is taking to the stage once again with “Ali Baba and the Forty Thieves.”

Speaking to Donegal Live before curtain up on January 26, producer and director Willie Doherty said he had been blessed with “the best production team ever” this year.

“We have an absolutely outstanding cast this year and I would encourage as many people as possible to come along to St Mary's Hall in Buncrana for what promises to be great entertainment.

“That is not to mention the young people who will be taking part. We have 65 children in four groups, two of fairies and two of soldiers.

A reflective Willie said the past 12 months had also been tinged with sadness for Buncrana Pantomime Society.

He added: “We have lost five good friends, all of whom have been acknowledged in the programme. We lost Gerry Doherty who would have been one of our main principals at the start and played many parts. Gerry had a lovely voice. Then we lost Marie O'Neill who was our seamstress.

“We then lost Brian Gatley who would have been in a couple of pantos. Brian was a very witty person and had us tortured with the song 'There's a Hole in My Bucket.' Margaret Eccles, one of our tea ladies, also passed away this year. Margaret would have been in the pantomimes away before I was maybe born. And then we lost our biggest fan, Bella McMahon. She actually left hospital last year to come to the pantomime, at the age of 97.”

Having re-jigged 'Ali Baba' to introduce some new principals, Willie was delighted with the support offered by the more experienced members of Buncrana Pantomime Society.

He added: “'Ali Baba' is a good show and I have to say, we have had more than enough help from the people of Buncrana. There is not a business in the town that has not donated money or a prize or offered transport. It was a big community effort and Stephen Doherty, my right hand man, and I had a great production team.

“We had the backup of a local choreographer Marie Grant, for the first time, and she was assisted by Cathy Kelly and Edel Noone. We also had Rois Deeney who painted our scenery. Here I must pay tribute to Terry Tedstone who painted our scenery for many, many years. Terry stepped down this year but who could forget the exotic locations he took us too year after year with his fabulous scenes?

“We also have a brilliant local orchestra and a sound system from the Ferguson's, who have been there from the start.

“We also have the use of St Mary's Hall, which is brilliant and we thank Fr Bradley. Michael McLaughlin and Antony Barbour, who work there have been more than welcoming this year. I also want to thank the people looking after costumes and make-up, our tea ladies Michael Doherty, who is doing our costumes,” said Willie.

Darren McCracken and Willie perfected the script of 'Ali Baba' from May to October, when the rehearsals began.

Appealing for the local community to come out and support the pantomime, Willie thanked the bookings team.

He said: “Janice Doherty, Sally McFadden, Sinead Doherty and Shauna O'Connor will be only to willing to sell you a ticket or five for 'Ali Baba.' And, last but not least, I must acknowledge the tremendous contribution of Sally McDaid, Paula Fletcher and Ailish O'Connor who have done so much.