Raphoe bassist in punk band making a names for themselves 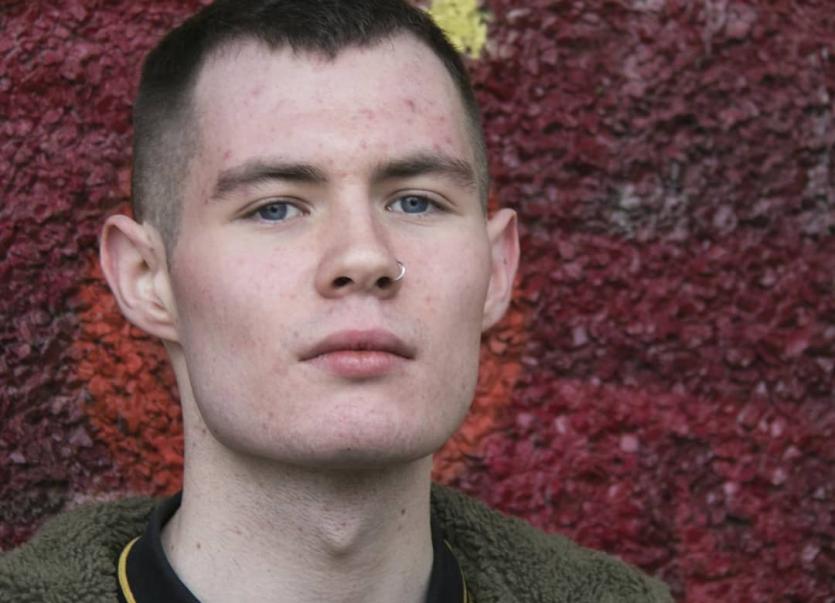 The first time you hear No Collusion it's like being whisked back to 1977.

You instinctively understand the humour, booze and rock’n’roll escapism of the songs and subject matter. That and the fact they look and dress like local skinheads and play music so dynamic and straight-forward that if you did form a band you would want to sound just like them.

Bass guitarist, 20-year-old Dualta Gallagher from Raphoe is a pivotal member of the Derry-based three piece and together with guitarist/vocalist, Shea Porter and drummer Ruairi Hegarty form a formidable combination that are attracting attention here and abroad for all the right reasons. 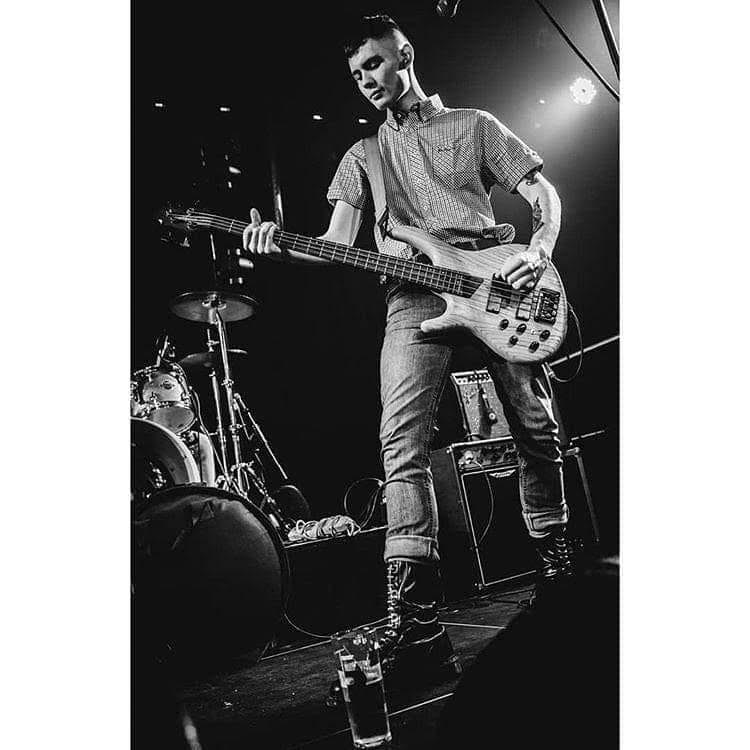 “Before No Collusion I was in another Derry based punk band called Squak. Not much came out of it except when I accidentally broke a toilet by sitting on the cistern for a band photograph and fell through it. For the next while we were blacklisted by a few bars and promoters so we eventually called it quits. We got back together though recently and are recording a few demos but it’ll always be a side project for me,” he says.

An inauspicious start maybe but it led to the formation of No Collusion in a roundabout way.

“After the whole Squak craic I was really wanting to get back to gigging and playing in a band again so I contacted a mate who was drumming in a two piece Oi punk band - himself and Shea, and they were looking for a bassist so I joined. Back then we were called Shambles and had played a couple of gigs in Derry, Muff and Omagh with only two originals, Jim and Shams, and a pile of covers of Sex Pistols, UK Subs, Peter and The Test Tube Babies and The Ramones.

“In October 2018 Ruairi Hegarty joined the band as our new drummer and we changed our name to No Collusion. We played our first gig with a new name and a new lineup with Dublin punk legends, Paranoid Visions and Interrobang, (ex-Chumbawamba members), in The Central, Letterkenny.”

Anyone who has ever seen No Collusion live will testify they gravitated toward the leaner, cleaner sounding power pop end of the punk spectrum. At times they have The Clash’s politics and at other times it’s like The Sex Pistols hype and shenanigans but all good fun.

“The energy at a No Collusion gig is absolutely lethal. I never seen an audience so energetic and enthusiastic. Our Sticking Sets EP launch in June was probably the maddest yet. We sold out Bennigans backyard and had over capacity, if you were in the crowd then you were forced into a mosh pit. Our photographer gave up after a few songs as he kept getting knocked over. People were crowd surfing and pints kept getting smashed. It was a proper punk night. Since then, this sort of stuff always happens at a No Collusion gig.”

Mention of their debut release, the four-track has been widely acclaimed for its quality mixture of realness and authenticity which just couldn’t be faked.

Dualta takes up the story of how it came about.

“Sticking Sets was written by teenagers for teenagers and older people who feel nostalgic listening to our music. The first three tracks on the EP were written about hanging out and sticking up for mates, drinking cheap two-litre bottles of cider in the park and all the struggles of a teenager growing up in Ireland.

“When we were writing our fourth track we said we’d write one political tune, express our political views and leave it at that, for now. We called the song F**k Politics. Most people are fed up with listening to politics, Trump and Brexit. We’d rather have the craic and have people relating to our tunes.

The band is going into the studio soon to record their second EP with The Defects vocalist, Buck Murdock, in Belfast.

“We’re hoping to get out of the country this year and play for fans in different places like England, Scotland and Germany. We’ll also be playing around the country and play counties we still haven’t got playing. And with the success of our debut music video we’ll be releasing a new one this year after we get the tunes recorded.” 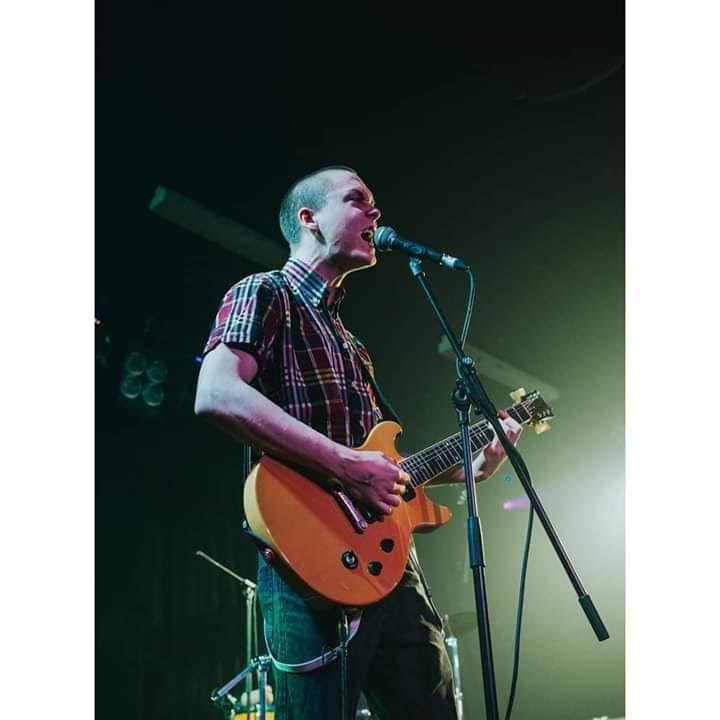 It’s 40 plus years since punk exploded across the music scene and it’s great to see today’s generation still has the same attitude that made the music genre so relevant.

“Even though we only have one tune based on politics and maybe one in the works, we definitely do have some sort of an interest in politics. Schools don't teach you anything about politics and it’s an absolute joke. It’s important that we know what’s going on in the world and who’s running it. I’m still almost clueless and confused about it, I got most of my education from punk records and research on the internet. But at least school teaches us Algebra!” 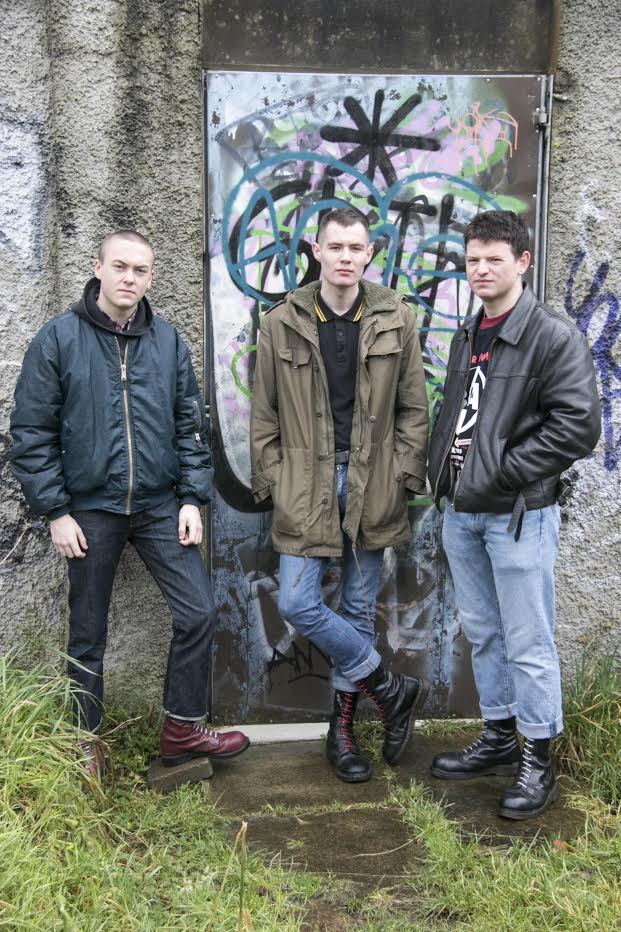 There’s no doubt Shea, Dualta and Ruairi have a unique chemistry and sound that is needed in today’s rock and roll world. They are the underdogs, the band that celebrates the waifs and strays, the bucked-up losers and make them immortal in song.

No Collusion indeed. Stick with it lads.