Border Communities Against Brexit is organising demonstrations along the border 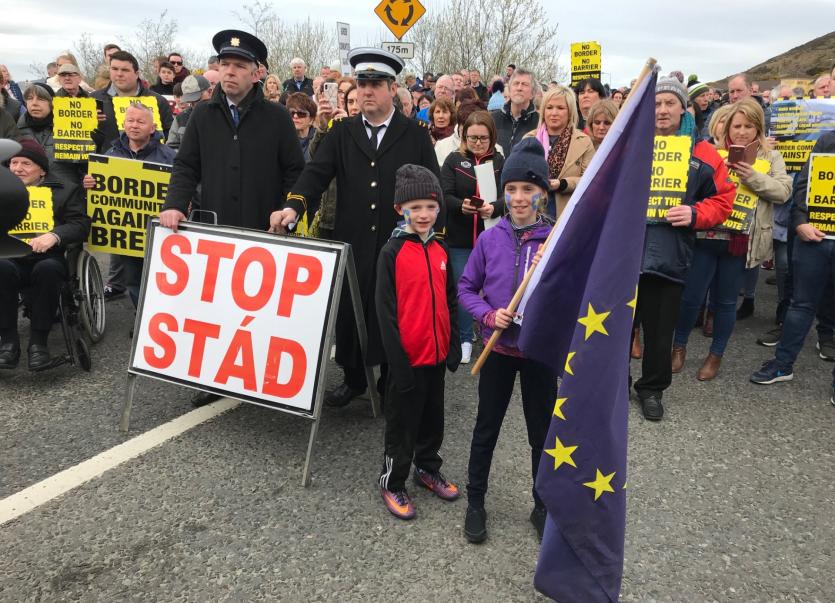 Demonstrations against Brexit are to be held along the border on the day the Uk is to leave the European Union.

The Brexit withdrawal agreement was signed on Friday by European leaders in Brussels before it was transported to London by train where it was signed by British prime minister Boris Johnson.

The UK is due to leave the EU on January 31.

Border Communities Against Brexit is organising demonstrations along the border at 9.30pm on that day “to highlight the threats that remain to our rights”.

The group says Brexit is in opposition to the democratically expressed wishes of the people in the North who voted 56% to remain in the EU.

“Brexit does not have the support of the people in the North of Ireland, the group said in a statement.

“Whilst the current deal means that there will be no hard infrastructure at the border, many threats and serious challenges remain. Brexit in any form is bad for citizen’s, our economy, our Peace and our future.”

The group called on political representatives in the border counties to keep up the pressure to ensure that the Irish Government continues to stand up for our interests and those of all the people in the North.

“It remains the case that the British government has unilaterally decided to walk away from not only the EU, but also from important aspects of the Good Friday Agreement.”

“For people in the North, Brexit still means that their rights and protections will be reduced. Opportunities for our young people will disappear and essential funding streams will be lost, including payments under the Common Agricultural Policy (CAP).”