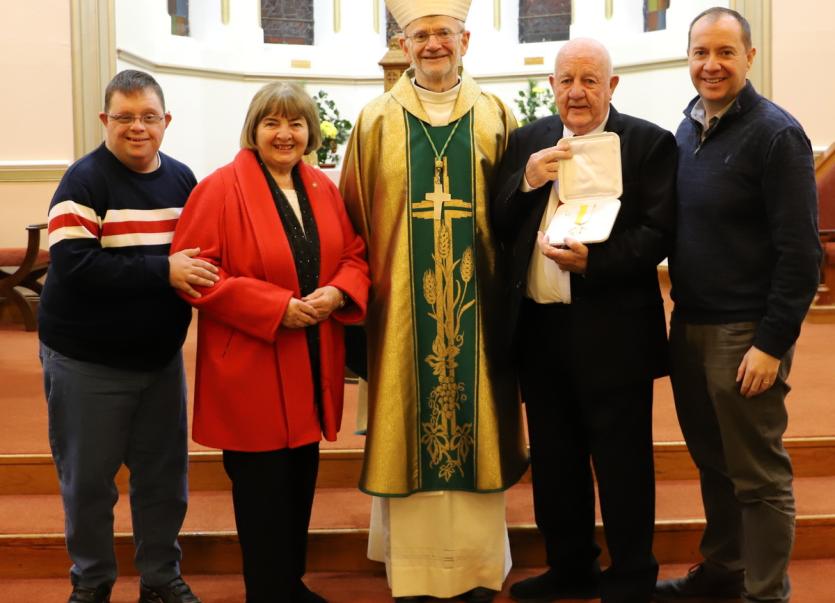 A large crowd attended a special Mass in St Naul's Church, Ardaghey last Friday evening for local parishioner Vincent O'Donnell who was presented with a Papal medal for his work as a volunteer in the parish.
Vincent was joined by his wife Annette, sons Rory and Colm, and other family members together with many friends and parishioners for this special occasion.
Bishop of Raphoe Alan McGuckian was chief celebrant at the Mass assisted by Fr Morty O’Shea CC and Fr James Sweeney PP.
The Bishop paid tribute to Vincent and thanked him for all his hard work in the parish over the years.
He said he was honoured to present this Papal award and said Vincent should be so proud to receive it.

Fr O’Shea and Fr Sweeney also acknowledged and paid tribute to Vincent. After Mass Bishop Alan McGuckian presented Vincent with the Benemerenti Medal in recognition of all the voluntary work in the Ardaghey curacy.
The Benemerenti Medal is a medal awarded by the Pope to members of the clergy and laity for service to the Catholic Church.
Vincent was born in 1945. After national school he won a scholarship to a boarding college in north County Cork where he was educated by the De La Salle Brothers. Then he won another scholarship which took him to St. Patrick’s Training College, Dublin where he qualified as a teacher in 1965.
He became a Eucharistic Minister in the early 90’s and continued so until recently.

Sacristan
He quietly began to assist Brendan McCready in his last few years as Sacristan and began to do general work about the church. When Brendan ceased as Sacristan, Vincent and Thomas filled the vacuum. Vincent has remained as Sacristan and doing other odd jobs about the church.
Vincent was also one of the caretakers of the Parochial House and the graveyard.
He also helped produce and publish the book “Ardaghey, Church and People” on the occasion of Ardaghey Church’s 100th anniversary in 1995. 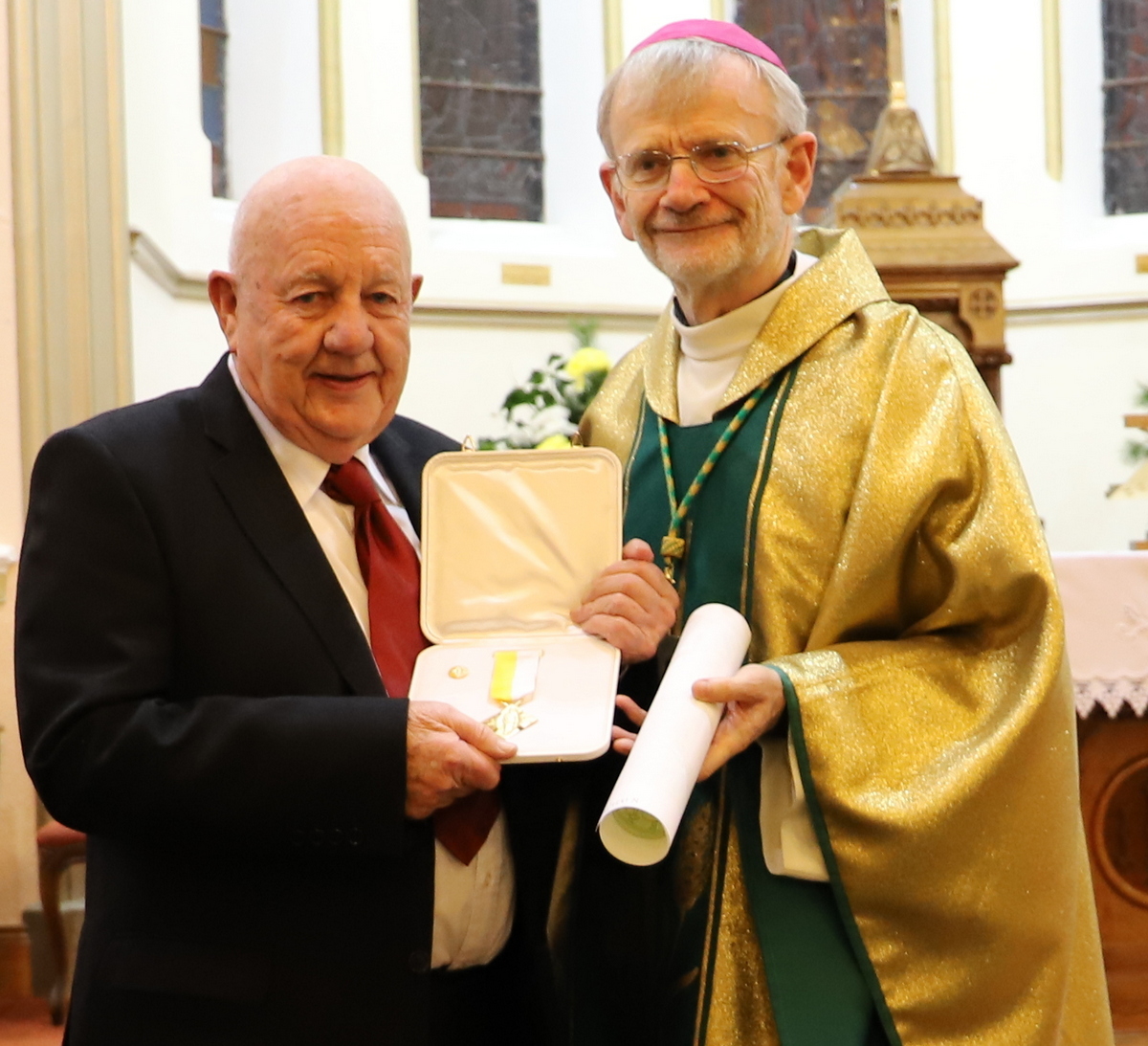 He also came up with the idea of the Christmas Cross which appears every year in the graveyard.
The Killian Band greeted Vincent and his family on their arrival at Inver Community Centre, where refreshments were served following Friday night’s Mass.
A large crowd enjoyed the evening with parishioners congratulating Vincent on this truly deserved award.