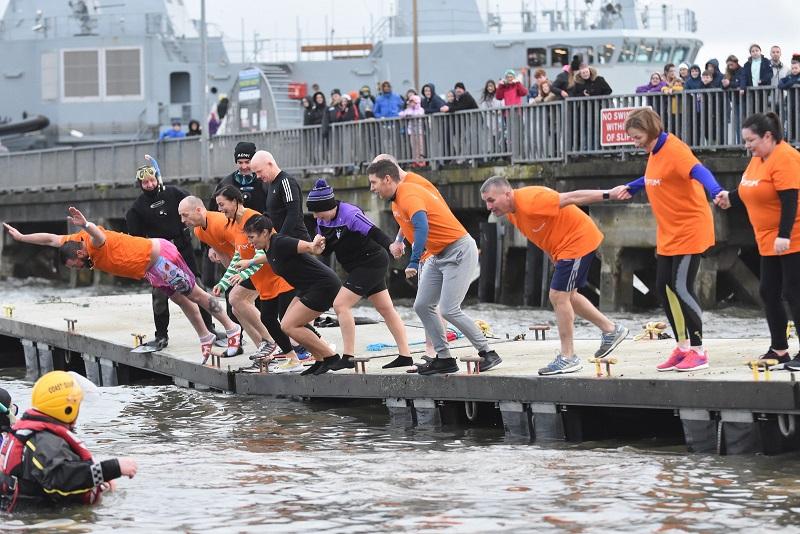 Over €17,000 was raised for Special Olympics at the Rathmullan Polar Plunge held before Christmas.

Details of the money raised were announced today with the organisers offering a sincere thank you to all those who took part in the 'Freezin for a reason' event.

Over 100 brave fundraisers from Rathmullan and beyond embraced the December chill and took on the challenge to plunge into the sea at on Saturday, December 7, raising vital funds for local Special Olympics athletes.

This year’s Rathmullan Polar was the biggest plunge ever in this area and the organisers are delighted to announce that a staggering €17,147.60 was raised for the work of Special Olympics. Thanks must go to every single plunger, sponsor and volunteer from the Irish Navy through to the An Garda Síochána that made this event such a success!

Taking place once again at Rathmullan Pier, the freezing fundraiser challenged the public to ‘get freezin’ for a reason’ in support of athletes with an intellectual disability. Participants and supporters were joined at the event by members of An Garda Síochána, the Defence Forces and GAA pundit Joe Brolly who took the Plunge on the day.

Funds raised by this year’s Polar Plunge will go towards the continuation of the Special Olympics programme, which currently sees more than 2,000 athletes training on a weekly basis in Special Olympics clubs across Ulster.

Fundraising Coordinator, Samantha Robinson said: “I would like to thank everyone who turned out for the 5th annual Rathmullan Polar Plunge event and participated with such enthusiasm.

"The Polar Plunge is one of our favourite fundraising events and one that we look forward to every year, so it is fantastic to see that so many people are willing to participate and take the plunge.”

Special Olympics Ulster is a sports organisation for people with an intellectual disability that gives athletes the chance to train in sport and improve their quality of life. The athletes’ families involved with the organisation build an invaluable network of friendship and support while athletes are given a platform to demonstrate courage, experience joy and share long lasting friendships. 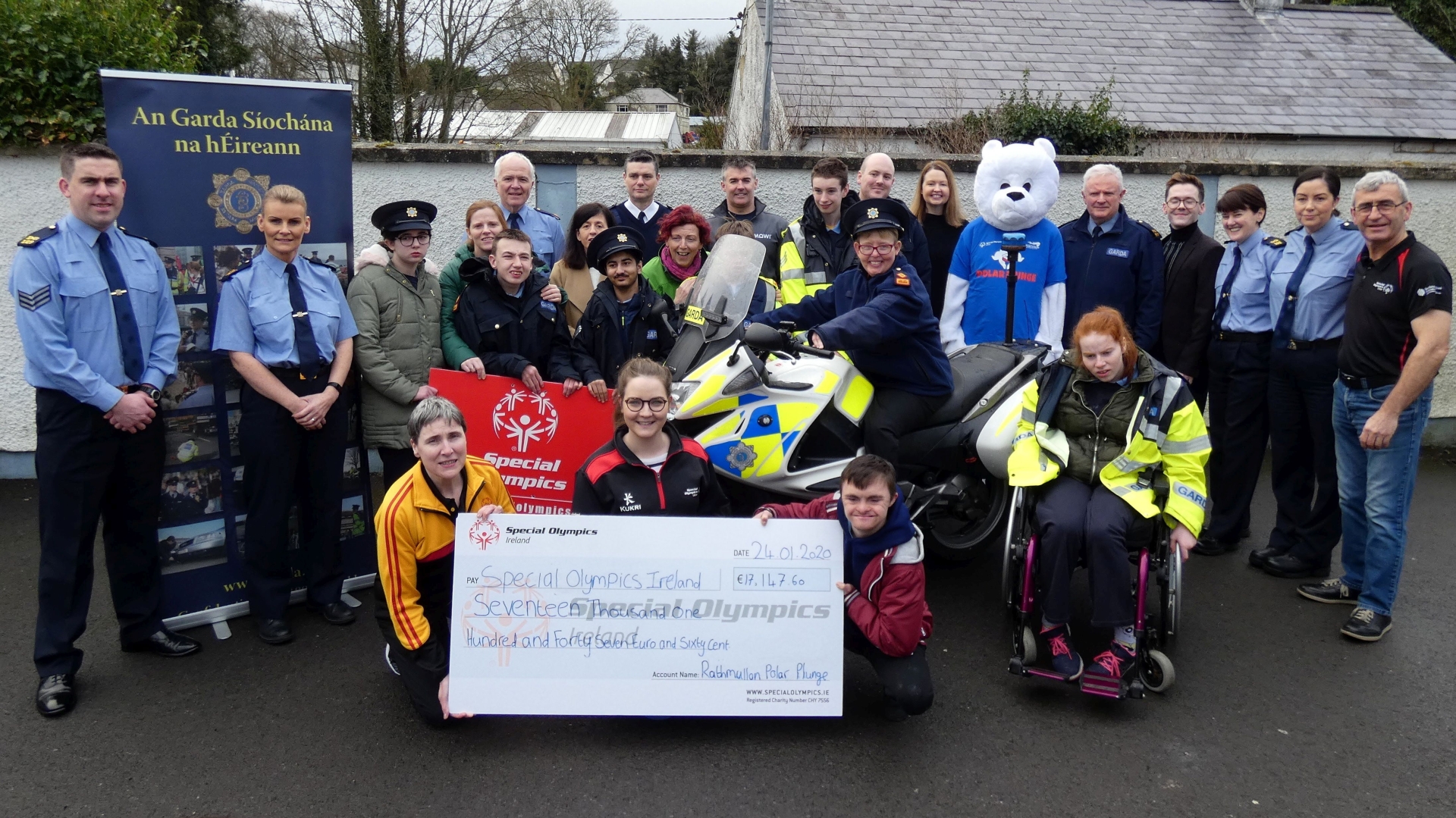 Members of Special Olympics pictured with Gardai in Letterkenny at the handing over of the cheque from the money raised at the Polar Plunge in Rathmullan. Included are some of the organising committee along with students from Little Angels special school and Special Olympian Philomena