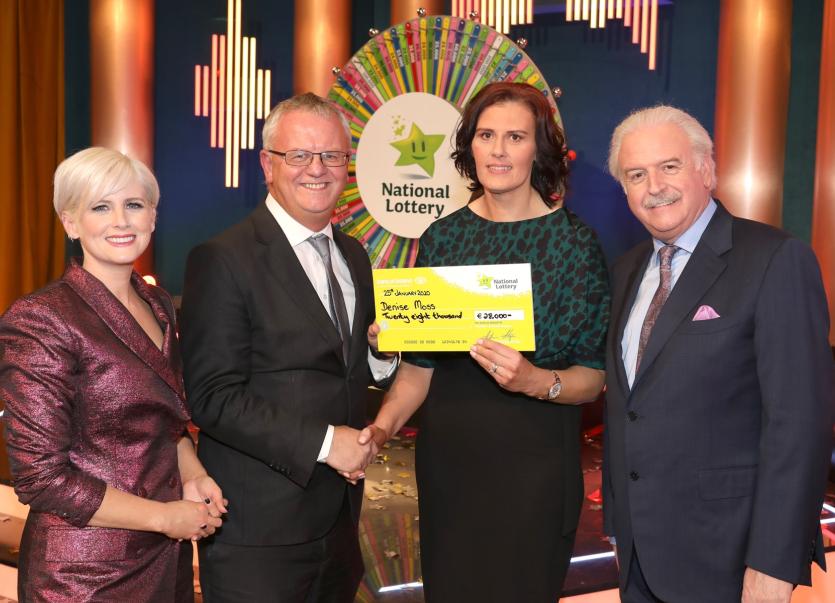 Denise Moss from Donegal who scooped big on Winning Streak

A Donegal mum is on a winning streak.

Denise Moss from Castlefinn in Donegal and now living in Castlederg, County Tyrone scooped a cool €28,000  on RTÉ One's Winning Streak on Saturday past (January 25).

Denise insisted she was not a lucky person in any way "shape or form" but that all changed when her husband, Martin roared the house down two Saturday evenings ago. Martin was watching Winning Streak, a Saturday night ritual in their home, because his wife's name had come out of the famous drum.

Denise couldn’t believe the news and as the celebrations kicked off she was still pinching herself.

Denise and Martin have been married for 24 years. The couple have three children aged from 22 to 16.  Stephen, Louise and Marie all enjoyed their day out to Dublin to watch their mum win some cash on TV. They were joined by Martin and two of Denise’s sisters: Maureen and Annemarie as well as many of Martin’s relatives. Denise’s dad, Danny, sister, Cathy and brothers Shane, Danny and Johnathon will were watching on from home in Donegal.

In her spare time Denise likes to relax by running and keeping fit. She is a member of Aghyaran Athletic Club in Tyrone where she meets with the club twice a week for training. With her winnings from the show Denise wants to get some home improvements – beginning with a new kitchen!

The Winning Streak National Lottery TV game show is co-presented by Marty Whelan and Sinead Kennedy and features some perennial favourite games including Play or Pay, Roll for Riches, WinFall and Electric Dream – where one player will win an electric car worth €25,000.