40th anniversary of the founding of the Legal Aid Board 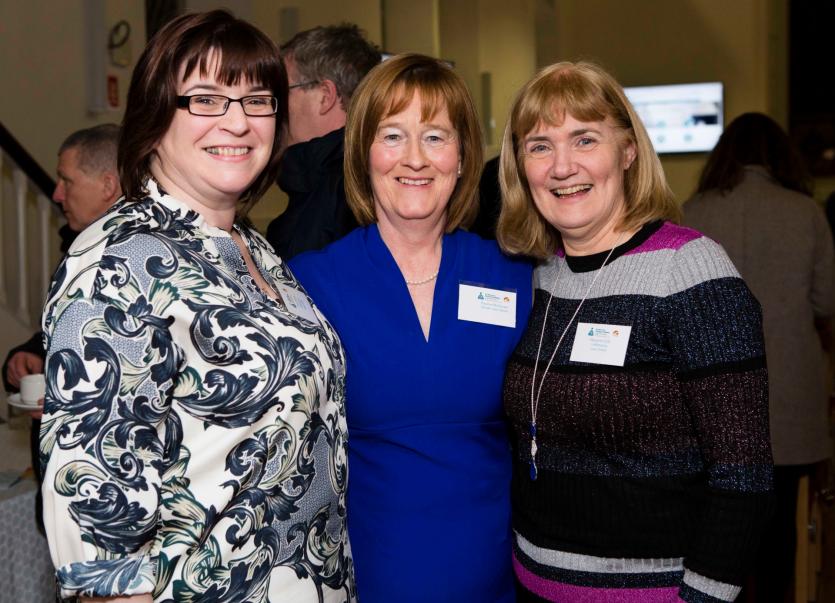 Olivia Harvey, Margaret Duffy and Helen Salmon from the Letterkenny Law Centre were honoured for their service of more than 20 years with the Legal Aid Board.

They received their awards at an event in Dublin to mark the 40th anniversary of the founding of the Legal Aid Board. Established in 1979, the board provides legal advice and representation to people with limited means.

The Legal Aid Board was established following the recommendations of a government-established Committee, the Pringle Committee, and also the influential Airey v Ireland case, which saw Johanna Airey take Ireland to the European Court of Human Rights.

The court found Ireland was in breach of the European Convention on Human Rights because Ms Airey could not afford the legal fees charged by solicitors in seeking legal separation from her husband.

The Government of the day moved quickly to establish the Legal Aid Board in response to both of these events.

Key achievements over the past 40 years

- The Legal Aid Board currently employs 470 staff in 33 law centres, 16 family mediation offices and its Head Office. Since its foundation, the Board has provided legal assistance to over 595,000 people.

- Key milestones for the Legal Aid Board over the past 40 years include:

- The establishment of the Board’s first seven law centres in 1980: in Dublin, Galway, Limerick and Sligo.

- The opening of 15 new law centres between 1991 and 1997, further expanding the regional reach of the board.

- The introduction of the Civil Legal Aid Act in 1995, which placed the Legal Aid Board on a statutory footing for the first time.

- The broadening of the Board’s service provision in relation to asylum-seekers with the establishment of the Refugee Legal Service in 1999.

- Taking responsibility in 2011 for the State’s family mediation services in 1986 with a view to improving outcomes for Board clients experiencing family breakdown.

- The introduction of the Abhaile scheme in 2016, which helps people struggling to pay their debts or at risk of losing their homes.

Speaking at the 40th anniversary celebration, John McDaid, chief executive of the Legal Aid Board, said: “The four decades since the Legal Aid Board was established have seen extensive changes in Irish social thinking, values and the expectations of citizens.

"Ireland is a vastly different country to what it was in 1979. In the last 40 years we have had extensive legislation in relation to matters such as marital separation, divorce, domestic violence, refugee law and tenant and home-owner protections.

“As Irish society has changed, so too has the work of the Legal Aid Board. This has been reflected in the expansion of our service provision to include supports for asylum-seekers and refugees; the Abhaile scheme, which provides legal assistance for people at risk of losing their family home because of mortgage arrears; and our family mediation services, with 16 family mediation centres nationwide.

“The occasion of our 40th anniversary is also an opportunity for us to acknowledge the contribution of all of those who have been instrumental in our achievements over the past four decades and those who continue to do so on a daily basis.

"Some of our staff have served with us for over 20 years, such as Olivia, Margaret and Helen we are delighted that some of those involved in the establishment of the Legal Aid Board were honoured at our anniversary celebration,” he said.