Europe must not be brow beaten by Boris Johnson - IFA 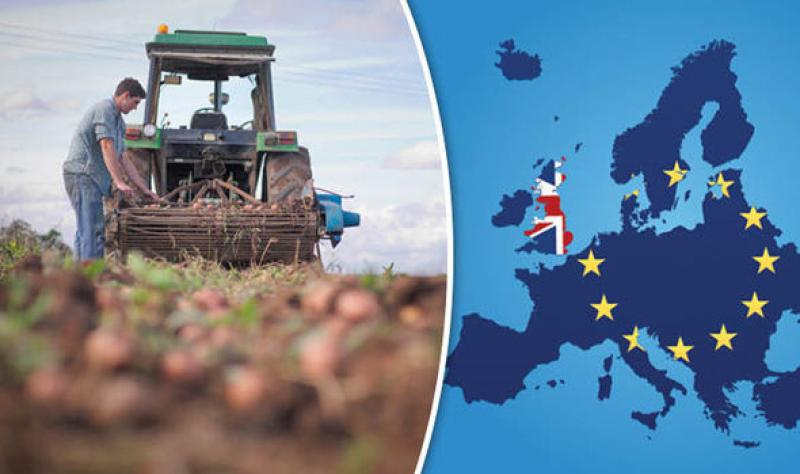 As the UK makes its official exit from the EU, IFA president, Tim Cullinan, said Donegal farmers will not stand by and allow our sector to be destroyed by a bad trade deal.

Many are expected to attend tonight's Border Communities Against Brexit demonstrations in Lifford and Bridgend starting at 9.30pm to voice their concerns.

The UK is schedule to leave the EU at 11pm.

Mr Cullinan said this event is is one of the most significant events in the history of the State.

"Ireland and the UK joined the EEC together in 1973. Tomorrow, they are gone and all we have to rely on is a transition phase of 11 months.

“I want to send a strong message that Donegal farmers cannot be sold out in these talks. If the UK want a trade deal with the EU, they will have to toe the line and adhere to EU food standards and requirements.

“Already, Boris Johnson has tried to tie his own hands by legislating against an extension to the transition phase. Europe needs to be clear that they won’t be brow beaten by Boris Johnson. December 31 is a cliff edge for the UK too, so they need to take a more realistic approach," he said.

He added Europe cannot agree to the UK, as a major market on its doorstep, being free to diverge from EUstandards and pursue a cheap food policy.

"That is simply unacceptable because it would destabilise the entire EU food market for Irish and European farmers.

“While there has rightly been a political focus on the border, the future trading relationship between Ireland and the UK must now be the priority.

“There is more at stake for the farming and food sector than any other in this country. For our beef farmers, the loss of a market where we put €1bn worth of exports would be catastrophic. The repercussions would be devastating if we don’t secure a trade deal that safeguards the existing
relationship we have with our nearest, and largest, market,” he said.

Ireland exports cheese worth €450m to the UK market; pigmeat products worth half a billion and over €100m worth of mushrooms.

The IFA President stressed that agri-food will be a major battleground in these negotiations, with the UK trying to strengthen its hand by negotiating simultaneously with President Donald Trump for a trade deal with the US.

Mr Cullinan said the EU Trade Commissioner Phil Hogan would have a central role in the negotiations.

“Commissioner Hogan will have to be extremely vigilant. He must use the EU’s trade leverage to stand up to the UK and prioritise Europe’s farming and food sector. His understanding of the implications for Irish agriculture will be crucial. In particular, he must reject any demand from the
UK side to cut deals with 3 rd countries."

He added: "If we do arrive at a ‘no deal’ scenario, the EU must provide a Brexit fund of €1bn in market support measures to include direct supports for farmers, structural and adjustment funding, and the setting aside of State Aid limits," the IFA President said.