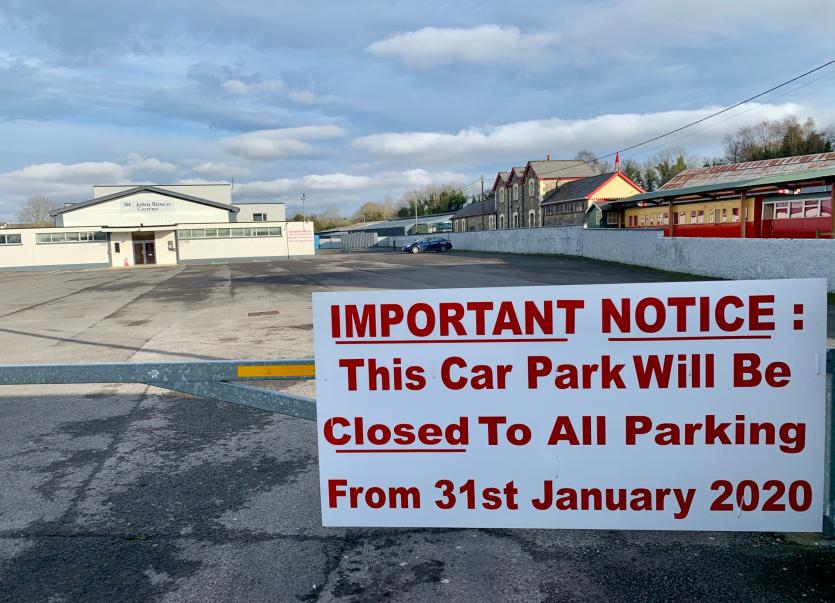 One of Donegal Town’s few free parking areas has closed to the public.

The closure took effect from January 31.

The car park of the St John Bosco Centre has been used for many years, particularly by people who work nearby and in the town centre.

However, management recently took the decision to only make the car park available to those using the centre.

They issued a statement saying: “The St John Bosco committee regrets that it has to close the car park at the St. John Bosco Centre after much debate.

“There are several reasons for this including insurance issues, deterioration of the car park surface due to the heavy traffic experienced over the last few years and hall users have been unable to park while using the hall due to the numbers of vehicles parked there on certain days.”

Among the regular activities taking place in the St John Bosco are social dancing, badminton, Donegal Town Baby and Toddler Group and Thursday night bingo. There are squash courts in the rear of the building and the centre is available for children’s birthday parties.

The St John Bosco Centre is also a popular venue for events organised by external organisations. Its facilities lend themselves to being used for a range of activities including dances, concerts, plays, musicals, information days, indoor sports, and many more.

There has been a mixed reaction to news of the car park closure. Many of those who use the facility welcome the closure, saying it is understandable.

Others have been voicing their discontent that free parking will no longer be available, particularly given that it is likely to reopen as a pay and display car park in partnership with Donegal County Council.

The need for more public parking in Donegal is well recognised. The Bosco Centre was identified as a potential site some time ago.