Flood warning for the Stranorlar-Killygordon Road

Motorists urged to proceed with caution 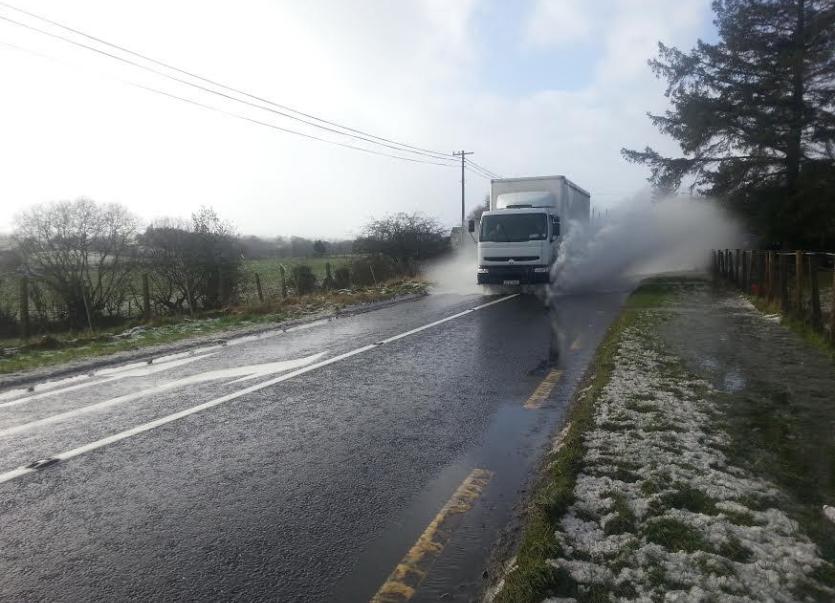 The road from Stranorlar to Lifford is always a flood risk

Motorists have been warning to be aware that parts of the N15 from Stranorlar-Killygordon is badly flooded.

Indeed the entire road to Lifford is also vulnerable when the River Finn overflows.

According to one driver the Stranorlar-Killygordon stretch is very dangerous tonight.

"I have never seen it so bad. There is water right across the road in some areas. I'm sure other areas must be as bad too so drive carefully," she said.

Over the past number of months the River Finn has burst its banks in several places leading to water coming out on to both the N15 main -Stranorlar to Lifford road and the various back roads in and around the towns and villages scattered throughout the area.

Flood mitigation plans are currently being designed for places like Ballybofey-Stranorlar, Castlefinn and Lifford but events like Storm Ciara don't wait for designers, consultants or government department to catch up.

Flooding has been an ongoing issue and also raised its head during the current election but that still won't help anyone caught out tonight.